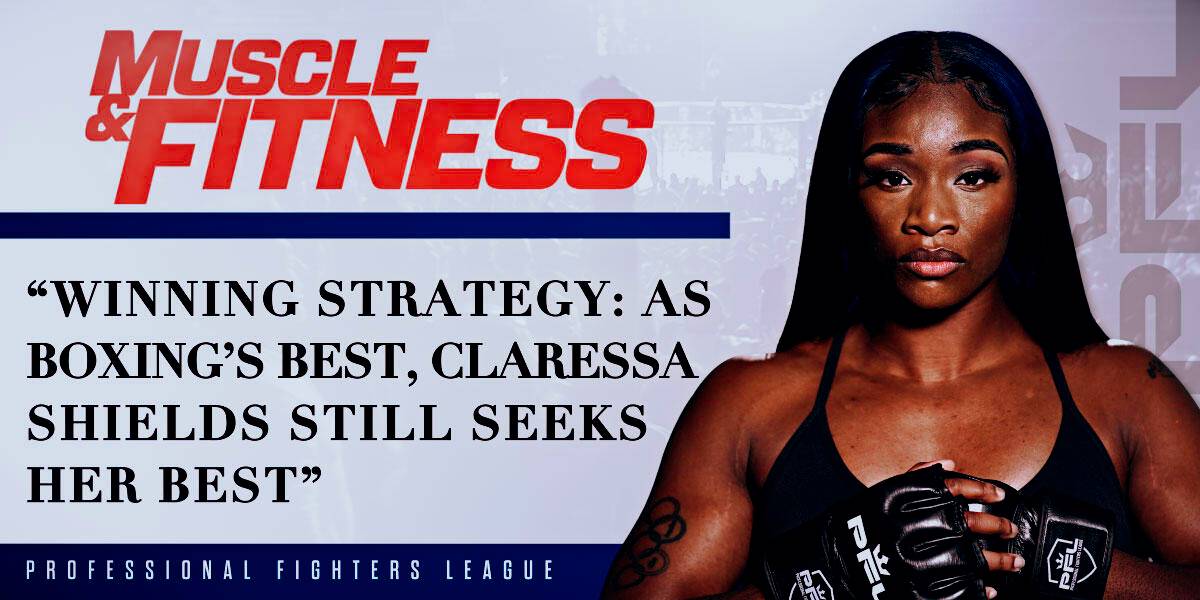 Claressa Shields is the most dominant fighter in women’s boxing. And that’s just not good enough for her.

She calls herself boxing’s GWOAT (Greatest Woman of All Time) and has so far at every stage of her young career backed up her proclamation. At age 26, Shields is already a two-time undisputed world boxing champion as well as a three-division champion. The Flint, MI, native has also earned two Olympic gold medals (2012, 2016) and has been named Sportswoman of the Year in both 2016 and 2019.

So why then, as arguably the face of women’s boxing, would Shields risk her GWOAT status by leaping into MMA? As Shields makes her PFL debut on June 10 in Atlantic City against Brittney Elkin, the opportunity to step outside her comfort zone and take on the challenge of becoming successful in two sports is a driving factor.