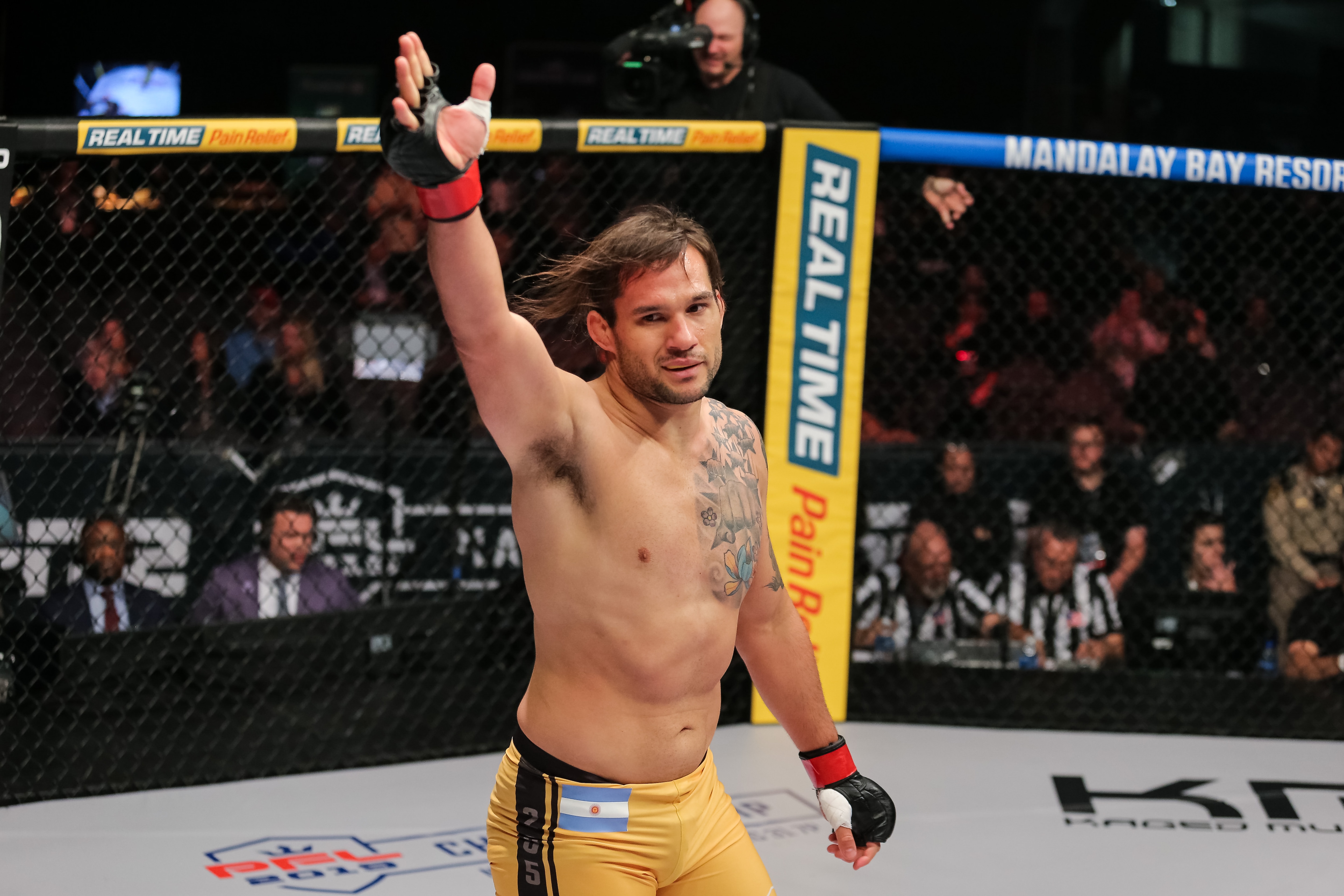 Four fighters claimed the remaining spots in the PFL finals Thursday night in Las Vegas, but few could have foreseen the path that determined those fortunate enough to still be in the running for $1 million in the heavyweight and light heavyweight divisions.

No. 1-seeded light heavyweight Emiliano Sordi took care of business with his third and fourth finishes of the PFL season -- both coming in the first round -- but the rest of the night was wildly unpredictable. No. 7 seeds Jordan Johnson and Jared Rosholt cut through their respective brackets -- as the third and fourth 7-seeds in the PFL finals -- and No. 5 heavyweight Ali Isaev scored a knockout of top-ranked heavyweight Denis Goltsov with exactly one second left in their fight.