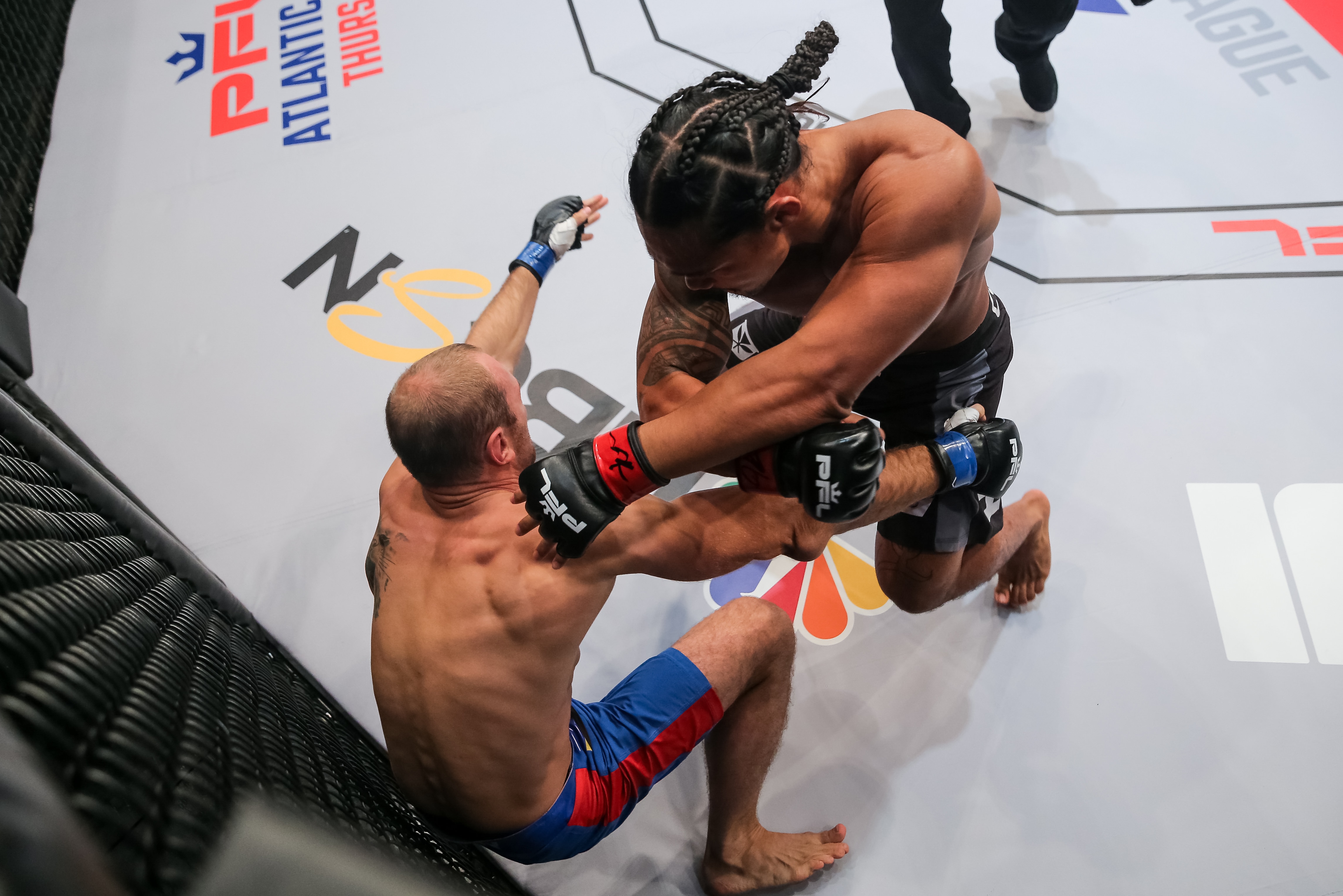 The Major League Baseball playoff bracket has been narrowed down to just four teams — the Dodgers, Brewers, Astros and Red Sox — and so, too, are the fields narrowing in the playoffs for the Professional Fighters League’s inaugural campaign. Finalists have already been identified for the featherweight, lightweight, light heavyweight and heavyweight divisions. On Oct. 20, the PFL will host the quarterfinal and semifinal rounds of the welterweight and middleweight tournaments.

The welterweight field is yet another group that’s heavy on UFC talent, and perhaps includes the most notable names among UFC veterans. Jake Shields and Rick Story, of course, headline this group, which also includes João Zeferino and Bojan Velickovic. Top seed Ray Cooper heads up the non-UFC contingent, which also features Handesson Ferreira, Magomed Magomedkerimov and Pavel Kusch. Can Cooper continue his surprising run, or will this bracket go to the former UFC stars?

Meanwhile, the middleweight set only includes three faces that will be familiar to UFC fans. Gasan Umalatov, Bruno Santos and John Howard have all graced the inside of the Octagon at some point in their careers. They’re joined by fellow 185-pounders Abusupiyan Magomedov, Sadibou Sy, Shamil Gamzatov, Louis Taylor and Rex Harris. This field has the chance to produce at least one new star for the PFL.