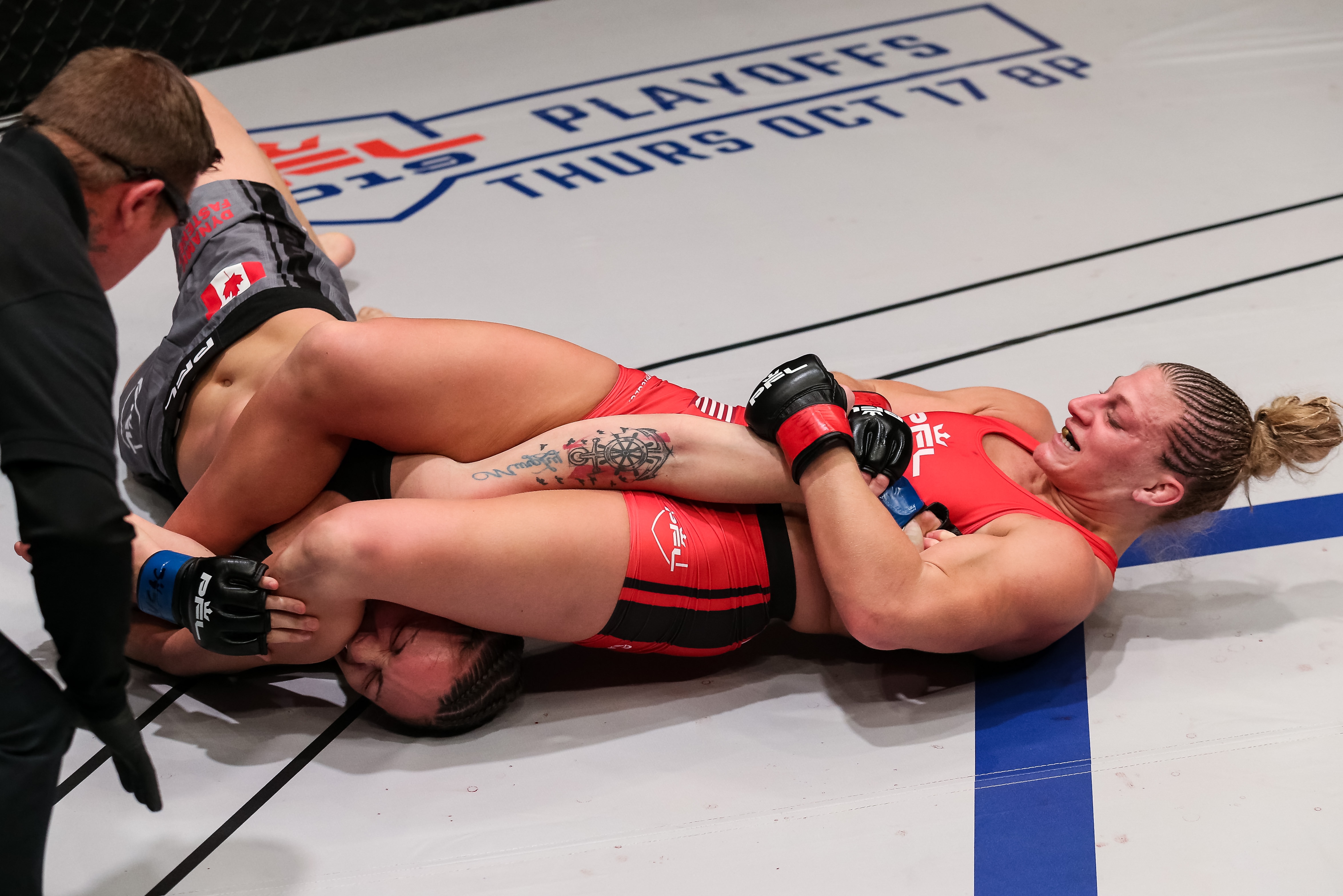 One of the PFL's biggest hooks, besides the $1 million first-place payday, was the fact that five of six divisions required fighters to win twice in one night of playoff action to clinch a spot in the finals.

That requirement and the quirks of the PFL's playoff format and rule set loomed large on Friday at the Mandalay Bay Events Center in Las Vegas. Top-seeded Magomed Magomedkerimov was forced to drop out of the welterweight bracket after defeating Chris Curtis in the quarterfinals, meaning Curtis would step into his place in the semifinals. The only problem? Curtis retired between fights and had to scramble to get ready to fight Ray Cooper III.