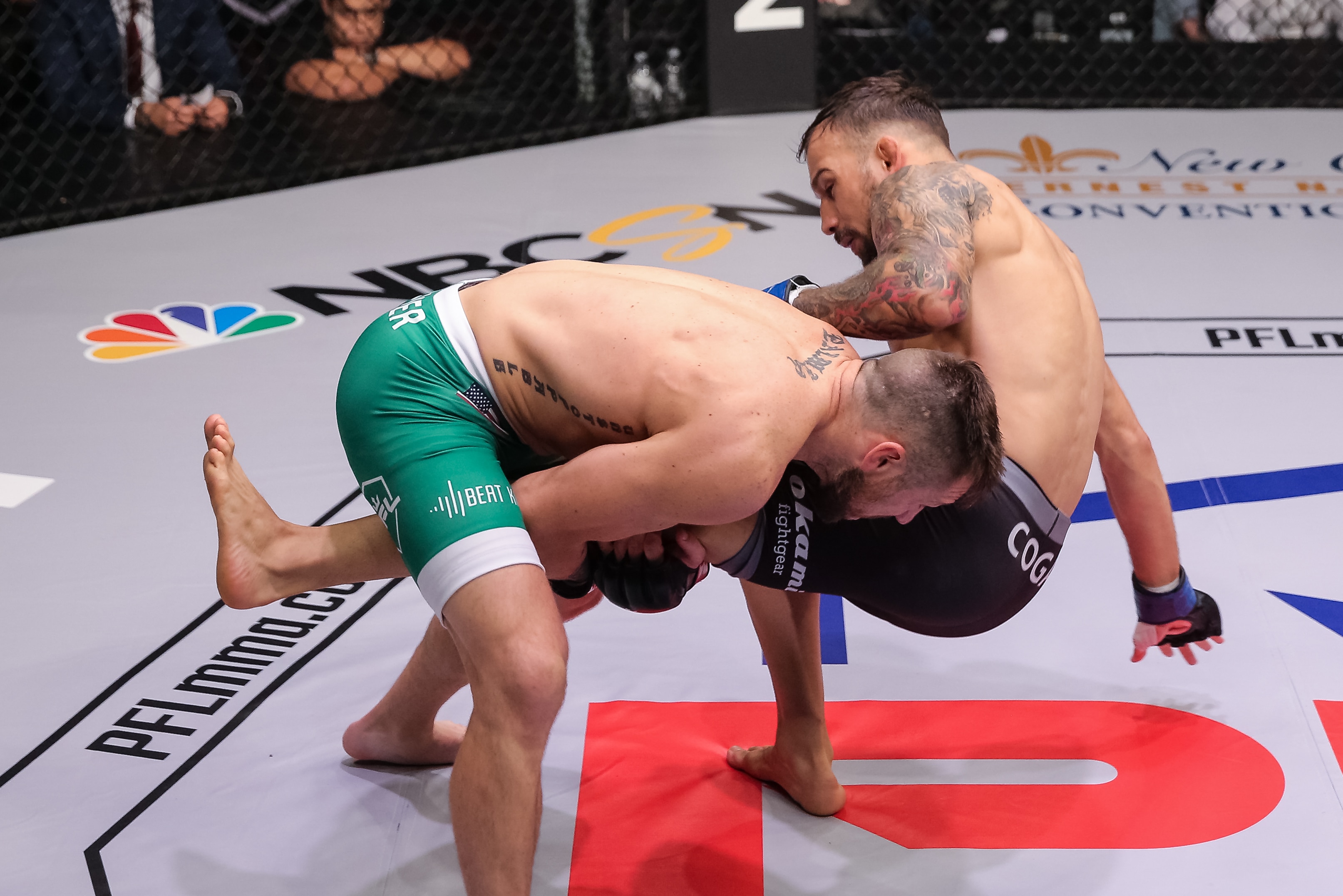 NEWS | Vengeance in the Rearview

Former World Series of Fighting featherweight champion Lance Palmer has used the 2018 Professional Fighters League season as a showcase for how good he can be, as he pursued much sought-after revenge and another major accomplishment to add to his resume.

Palmer has earned his spot in the PFL featherweight final on Dec. 31 on the strength of an undefeated regular season and playoff run. His most notable win came in the semifinals against Andre Harrison, a man who had defeated him in a prior meeting. The pair fought in the final 145-pound title fight under the WSOF banner, with Harrison winning by unanimous decision. The loss was a difficult pill to swallow since Palmer broke his left hand in the opening frame and was compromised throughout the fight.

“I pushed through five rounds, and I didn’t take anything away from him,” Palmer said. “I congratulated him and his team on beating me and taking the belt. I had no problem accepting that loss, but I knew it wasn’t me [at] 100 percent.”