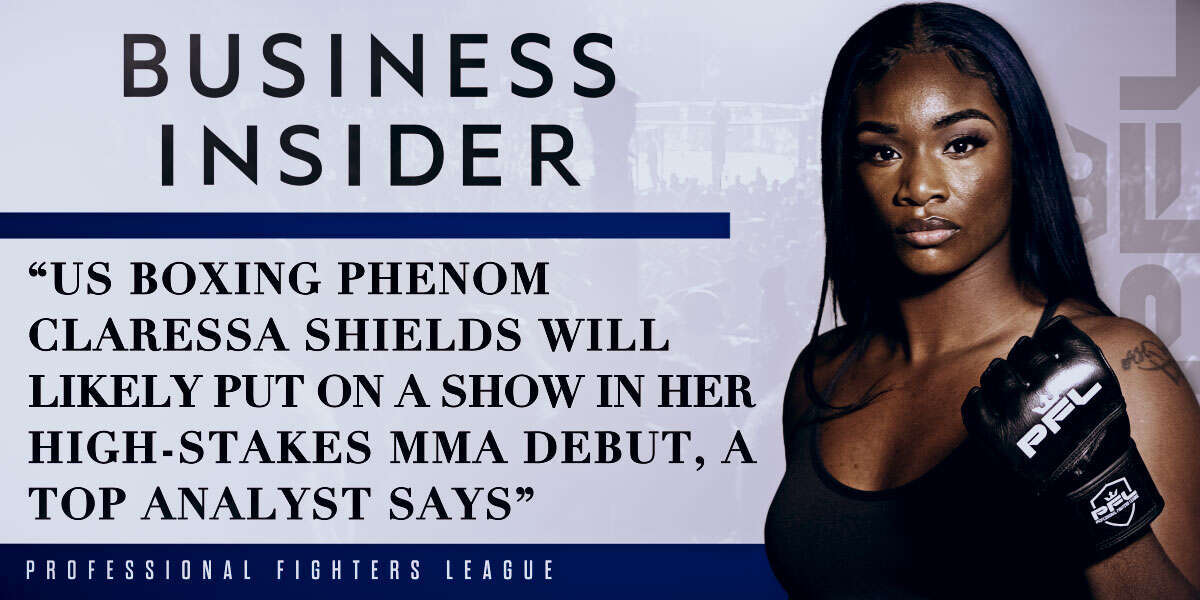 US boxing phenom Claressa Shields will likely put on a show in her high-stakes MMA debut, a top analyst says

American boxer Claressa Shields is capable of putting on a show in her upcoming MMA debut at a Professional Fighters League event inside the Ocean Casino Resort, Atlantic City.

That's according to a PFL analyst and commentator Kenny Florian who told Insider that though Shields enters the cage as a wildly-accomplished competitor in boxing, there are trap falls she'll need to avoid on June 10 if she is to be successful at the PFL 4 show, the fourth of its 2021 season.

"I think when the lights shine brightest she can put on a real show," Florian said.

Shields has been putting on shows her entire career. At just 26 years old, she's a two-time Olympic gold medal winner and a three-weight world boxing champion.