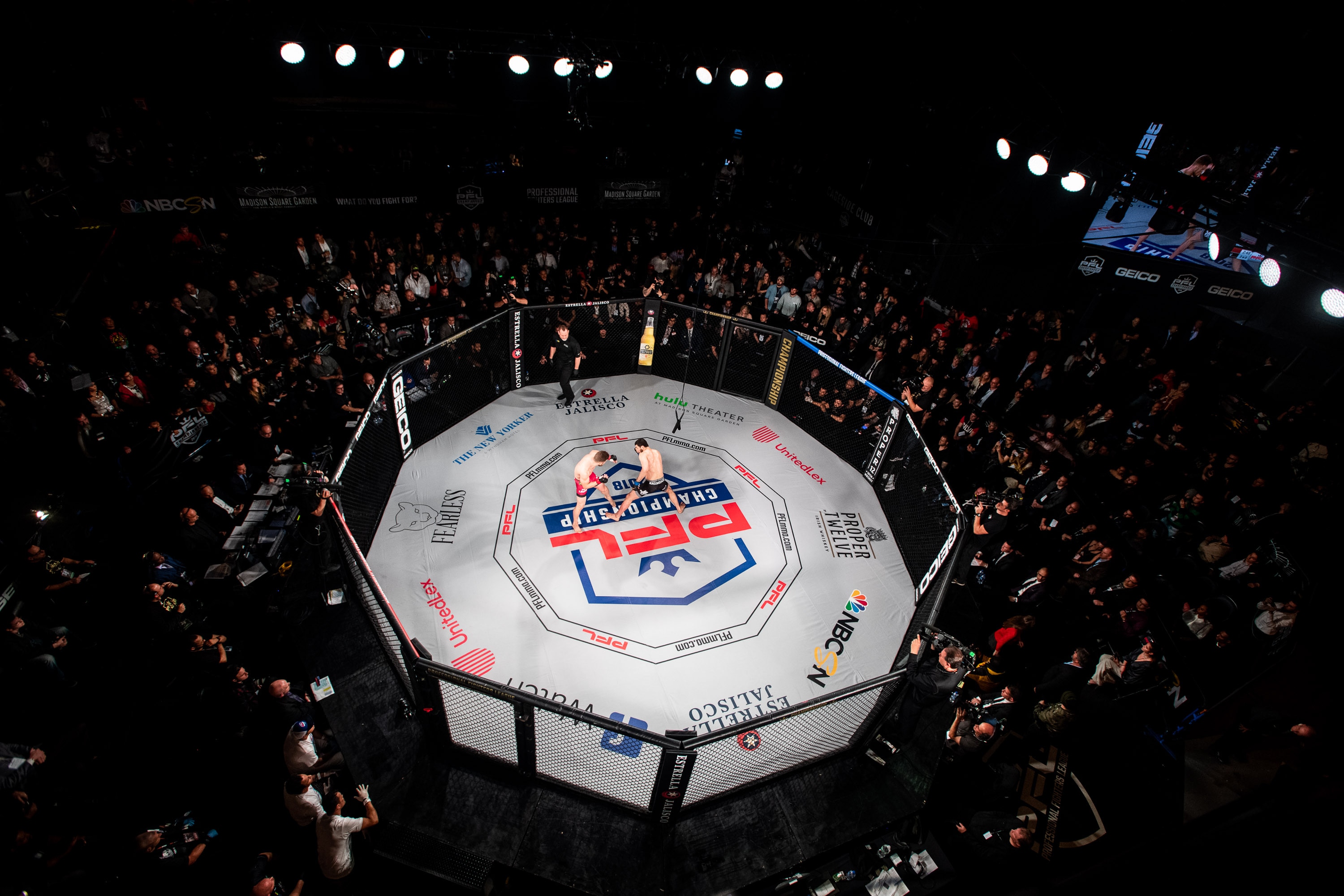 NEWS | Upstart Combat Leagues Are Leading the Switch to Streaming

Combats sports like boxing were once a mainstream of linear TV and pay per view. But fighting leagues, from upstart ones such as the Professional Fighters League to those more established such as the UFC, are increasingly turning to streaming to expand their reach.

After finishing up its first season, the Professional Fighters League turned heads in the industry two weeks ago when it announced a major multiplatform deal to make ESPN and ESPN+ the exclusive media homes of its second and third seasons. The league, which presents MMA through a format familiar to fans of the major U.S. sports—with playoffs and a championship—inked the deal after an inaugural season on NBC Sports that spanned NBCSN, NBCSports.com, and the NBC Sports app.

The PFL-ESPN tie-up is interesting not only because it puts the upstart league on the biggest sports broadcaster’s linear and digital properties, but also because it enables the company to emphasize what it refers to as “cageonomics,” or analytics and live stats that power second screen mobile experiences. The league will use biometric sensors and other “SmartCage” proprietary technology to measure and deliver real-time fighter performance data, such as the speed of punches and kicks, heart rate tracking, and energy exertion. All 10 PFL events will air live across ESPN2, ESPN Deportes and ESPN+, but the direct-to-consumer ESPN+ will have three hours of exclusive action versus just two on the linear ESPN2.

“Our smart cage platform is a big part of the video experience,” said PFL CEO Pete Murray. “The benefits of that data is for the athletes: once we baseline our athletes, we share that data and then our athletes are using that data and preparing for their upcoming fight by increasing their own individual performance and preparing for opponents. And it also makes for a great fan experience.”