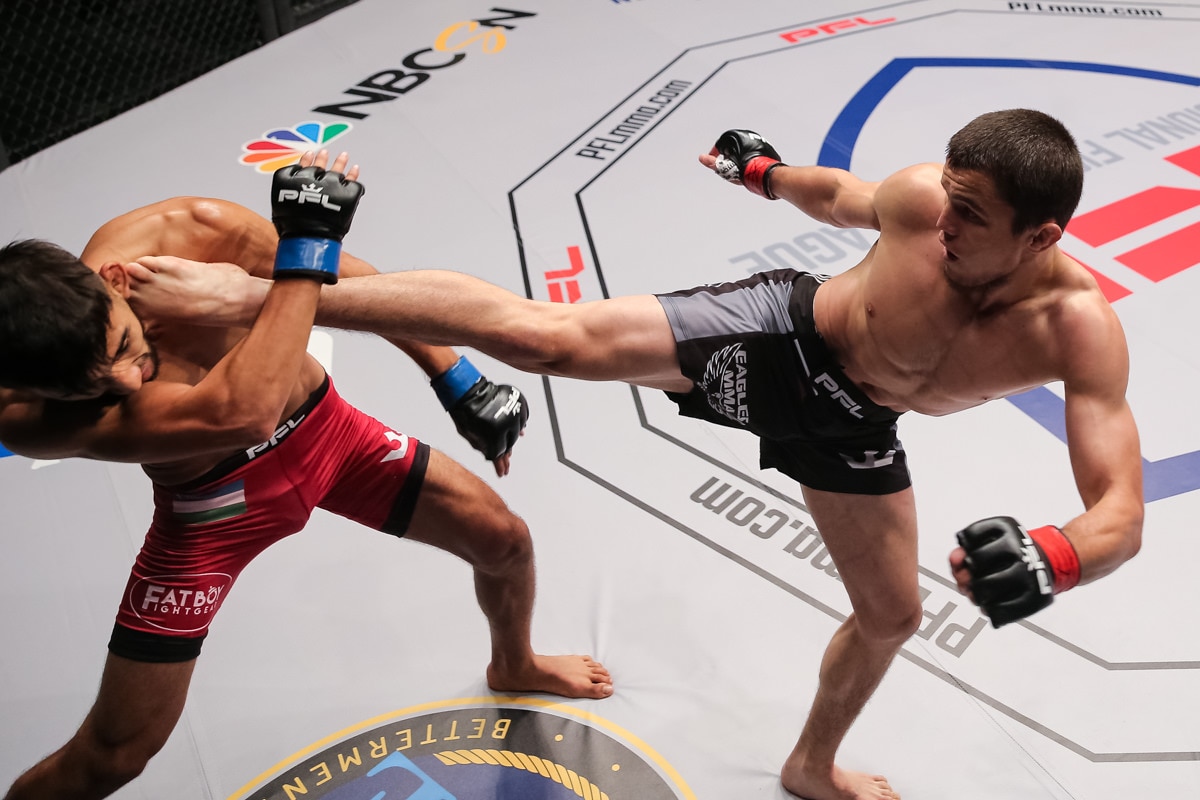 Umar Nurmagomedov to Put Undefeated Record on the Line Against Philadelphia’s Sidemar Honorio, Who is 13-6 and Coming Off a Win With Bellator

PFL 6 Airs Thursday Night, August 8th, from Ocean Casino Resort in Atlantic City - 7:00pm ET on ESPN2 and in Spanish on the ESPN App and 9:00pm ET on ESPN+

The Professional Fighters League (PFL), the first organization ever to present MMA through a Regular Season, Playoffs and Championship format, today announced the addition of Umar Nurmagomedov to the PFL 6 fight card on August 8th at Ocean Casino Resort in Atlantic City, N.J. Opening up the action on ESPN+, Nurmagomedov will square up against Sidemar Honorio, fighting out of Philadelphia. The bout, which is not counted toward the official 2019 season format and standings, is a part of the PFL’s “New Fighter Showcase” series, designed to provide opportunities for up-and-coming fighters to compete on the highest level.

“Umar Nurmagomedov has proven to be more than just ‘Khabib’s cousin,’ he is a rising star in the sport with unlimited potential,” said Ray Sefo, President of Fighter Operations, PFL. “We’re excited to add Umar to our PFL 6 card, building on what will be an incredible night of Heavyweight and Light Heavyweight action with Playoff spots on the line. This is also a great opportunity for Sidemar to fight close to home and prove himself against a difficult opponent in front of a national audience.”

This is Umar’s second fight with the PFL, earning a Unanimous Decision victory last season over Saidyokub Kakhramonov. Sidemar Honorio enters PFL 6 with a 13-6 record, collecting a Unanimous Decision victory in his last fight against Liudvik Sholinian at Bellator 209. The Brazilian native moved to Philadelphia at the age of 24, setting up shop at Renzo Gracie Philly, where he trains to this day.

PFL 6 begins at 7:00pm ET on ESPN2 and in Spanish on the ESPN App, then the action continues on ESPN+ at 9:00pm ET. PFL 6 will conclude the 2019 Regular Season and features the final opportunity for Heavyweights and Light Heavyweights to secure spots in the 2019 PFL Playoffs in Las Vegas and continue their pursuit for the title and million-dollar prize.

About Professional Fighters League
The Professional Fighters League (PFL) presents MMA for the first time in the sport-season format where individual fighters control their own destiny, competing in a regular season, playoffs, and championship.  PFL’s differentiated format and exciting fights sparked breakout growth for the league.   PFL events are Thursday nights primetime live on ESPN2 and ESPN+.