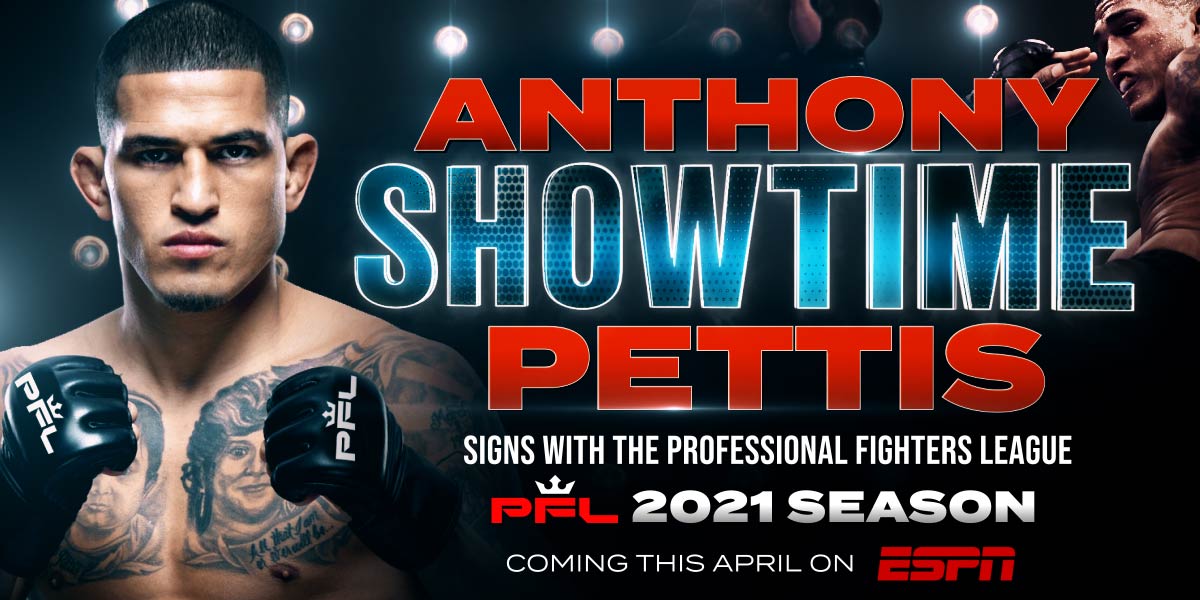 NEW YORK (December 23, 2020): Professional Fighters League (PFL), the fastest growing and most innovative league in the world, today announced the signing of two-time MMA world champion Anthony Pettis to a multi-year deal. The 33-year-old American – nicknamed “Showtime” – has made a career of being a human highlight reel and has notched 23 career wins, with 11 coming by way of knockout. Pettis will be fighting in the 155-pound lightweight division upon his PFL debut in 2021.

In addition to his status as one of the pound-for-pound greats, the Wisconsin native is known as one of the most acrobatic fighters in the world. Equipped with lightning quick speed and unrelenting power, Pettis was responsible for one of the most iconic moments in MMA history when he ran off the cage and threw a flying kick — now known as the Showtime Kick —  that connected with his opponent’s head en route to claiming his first world title. Pettis is one of the most mainstream fighters in mixed martial arts history, evidenced by in 2014 when he became the first MMA fighter to ever be featured on a Wheaties cereal box.

“I am excited to announce that the PFL has signed two-time world champion, Anthony Pettis,” said Peter Murray, CEO of the Professional Fighters League. “Not only is Anthony a transcendent athlete within the sport of MMA, but he is also an innovator in the cage who is known for his charismatic fighting style and determination to win. I am confident that Anthony will bring that ‘wow’ factor into every matchup he participates in over the course of our season format, and we’re excited for him to join the PFL family.”

“As we get closer to the start of PFL’s 2021 season, we are looking forward to showcasing Anthony’s talents on ESPN and around the world via PFL’s global distribution network,” Murray added.

“I am really looking forward to this next big challenge after signing with the PFL to compete in the lightweight division.” said Pettis. “I’m super impressed with what the PFL has built, how they are growing the sport, and the amazing talent they have added. I’ve been watching the Brazilian guy [Natan] Schulte who is the champion and he is really good but there isn’t anyone I’m scared of.

“The season format is great, I think it will be an amazing new journey for me and to get to wrap it up over the course of one year will be awesome. I can’t wait to get another world championship to add to my collection.” 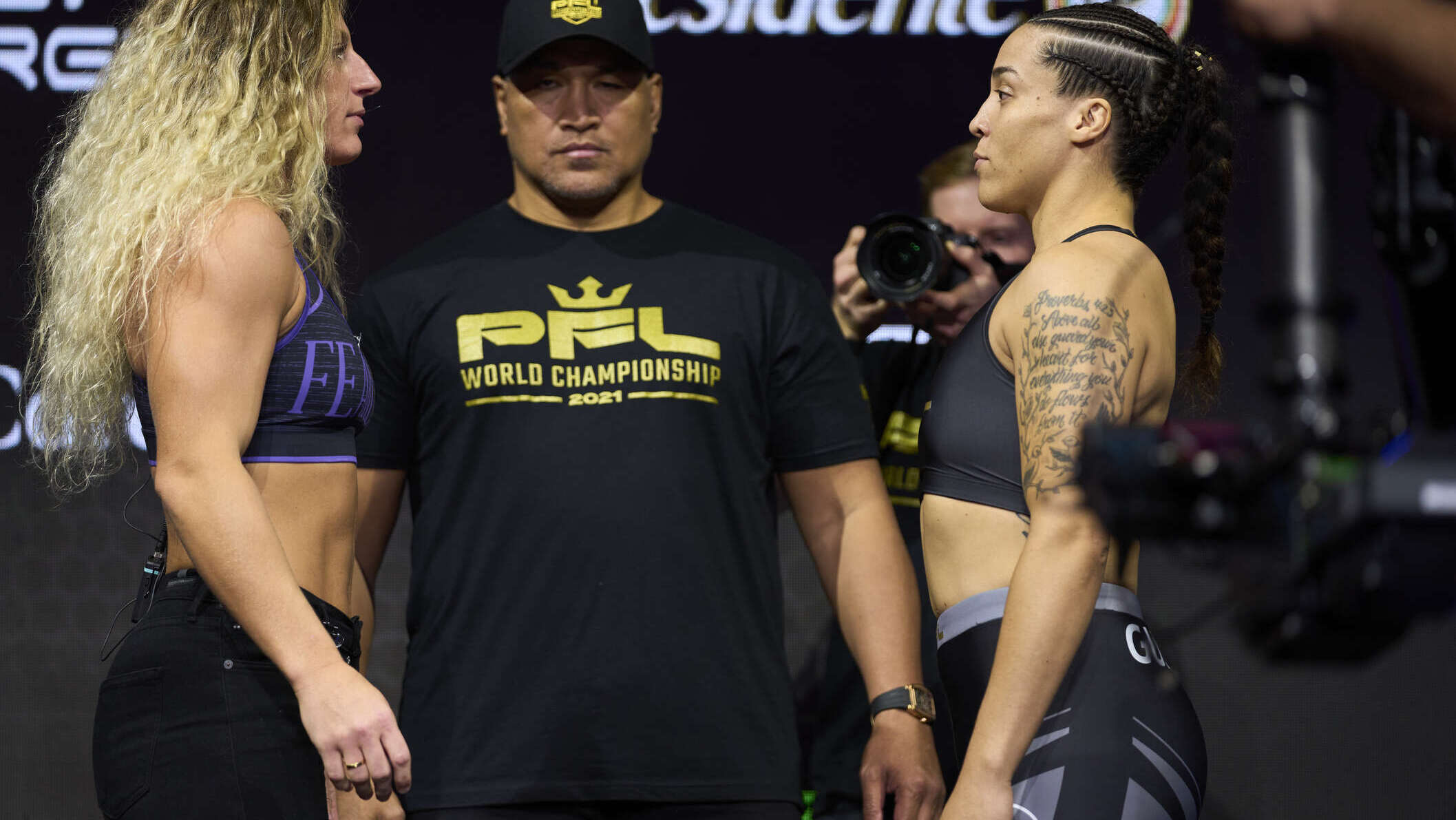 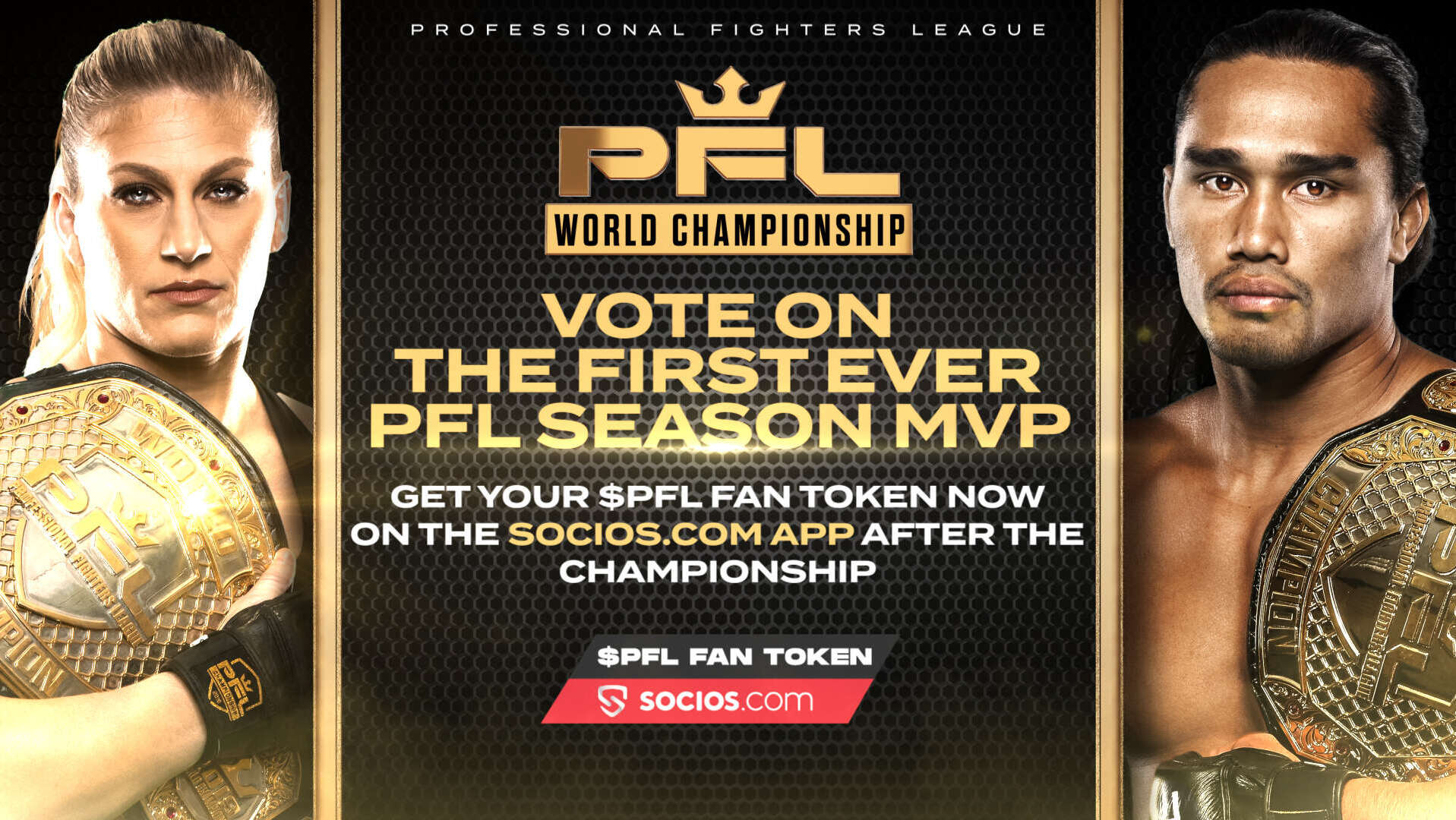 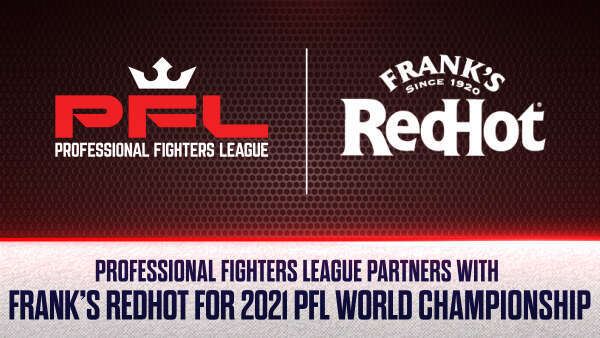