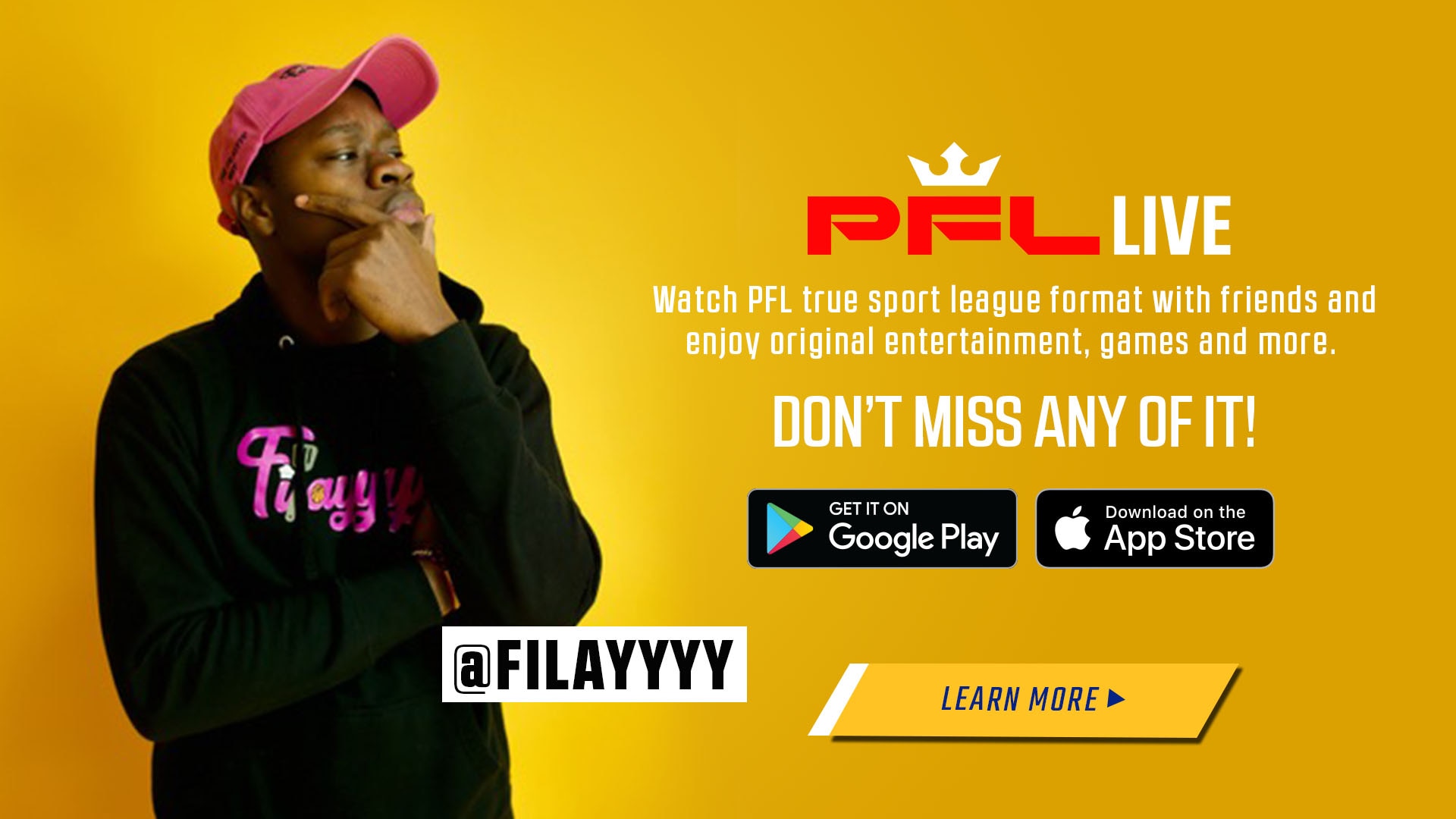 The Professional Fighters League (PFL), the first organization ever to present MMA through a Regular Season, Playoffs and Championship format, today announced that social media superstar Jesse Jones, more widely known as @Filayyyy, is bringing his signature, now-trademarked “Filayyyy” catchphrase to the PFL as a guest commentator.

Fight fans will hear his unique, rapid fire cadence, highlighted by melodic R&B runs, on Thursday night, July 11th at PFL 4, when he provides audio commentary for the final fight of the night via the PFL Live App,  complementing the exclusive,live telecast airing on ESPN2 starting at 8:30 p.m. ET, in addition to TSN in Canada and a wide and diverse group of premier global distribution partner platforms reaching over 150 countries around the world.

“MMA fans are young, engaged, global, and live on mobile devices. As an innovative leader in MMA, we seek out new and exciting ways to reach fight fans with our differentiated product, and this initiative is another result of those efforts,” said Dan Ghosh-Roy, Chief Digital Officer of the PFL. “Filayyyy speaks the language of this generation. His unique voice-over style will add a layer of excitement to a highly anticipated fight and provide fight fans with an experience unlike anything they’ve experienced before in a live sports broadcast.”

“I’m excited for the opportunity to team with the PFL and bring my own style to the MMA world,” said Jones. “I’m a huge fight fan, and the PFL’s unique format leads to more knockouts and early stoppages, viral moments that are worthy of a filayyyy or two!”

Filayyyy first burst on the scene in 2015, when he posted a video breaking down a sensational Steph Curry play in the NBA Finals in what has become his trademark fashion. Since then, he has amassed 1.6 million followers on Instagram, ranging from content-hungry millennials to professional athletes. In addition to social commentary on a range of sports, he co-hosts a Facebook Watch show with fellow social media star Famous Los, where they use their sports comedy personas to discuss and comment on pop culture, sports and viral videos.

The Professional Fighters League (PFL) presents MMA for the first time in the sport-season format where individual fighters control their own destiny, competing in a regular season, playoffs, and championship.  PFL’s differentiated format and exciting fights sparked breakout growth for the league.   PFL events are Thursday nights primetime live on ESPN2 and ESPN+.