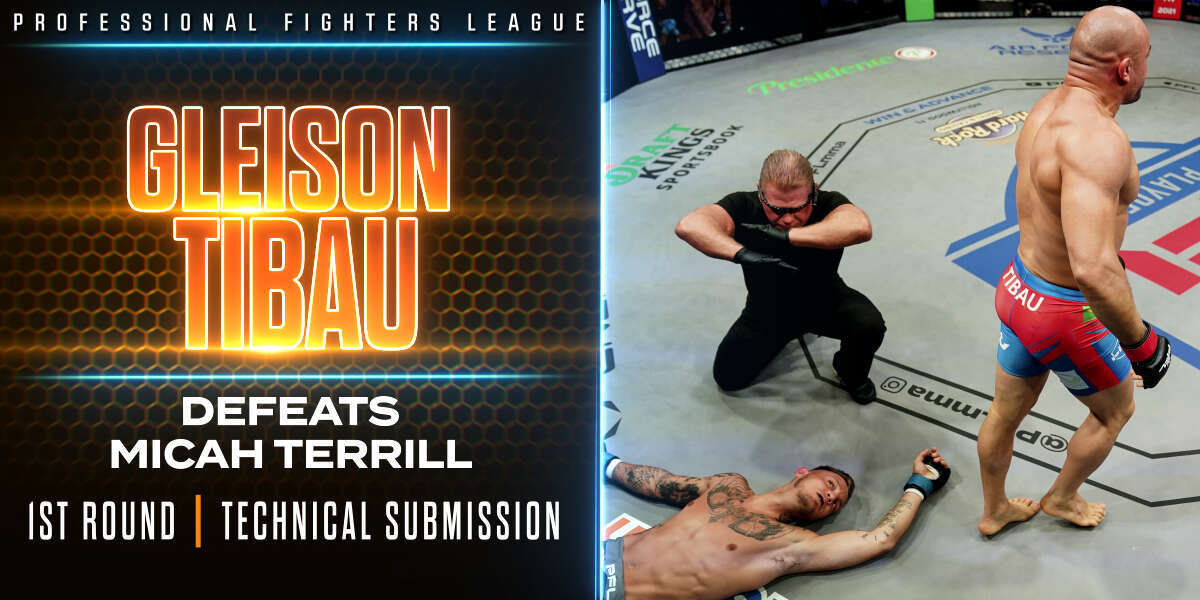 Tibau dominates, puts Terrill to sleep with arm triangle in Round 1

After upsetting Rory MacDonald via controversial split-decision in June, Gleison Tibau returned to the PFL cage to take on Micah Terrill at PFL Playoffs 1, 2021. With the win over MacDonald, Tibau moved to 3-1 in his last four, proving he has plenty left in the tank at 38 years old.

Terrill, meanwhile, captured the Shogun Fights lightweight title before getting the call up to Bellator, where he lost via first-round KO to Sabah Homasi. Undeterred, he bounced back with a third-round TKO of Estevan Payan at GLFC 18, giving him some momentum as he rolled into his fight vs. Tibau.

Here’s how it shook out inside the cage.

Terrill comes out active, pumping out a jab and looking for leg kicks early. Tibau fires back with a stiff 1-2 that puts Terrill on his heels. Tibau takes the center of the cage, but both men appear cautious early. They exchange, with both landing hard shots. The right cross from Terrill appears to stun Tibau, but he recovers quickly.

A rangy left lands for Tibau, and he presses forward, grabbing Terrill, lifting, and dumping him powerfully to the mat. He moves immediately for the arm triangle, and he has it, cinching it tight and putting Terrill to sleep just as he begins to tap out.

Following that controversial split decision over MacDonald, this victory was as definitive as it gets for Tibau.