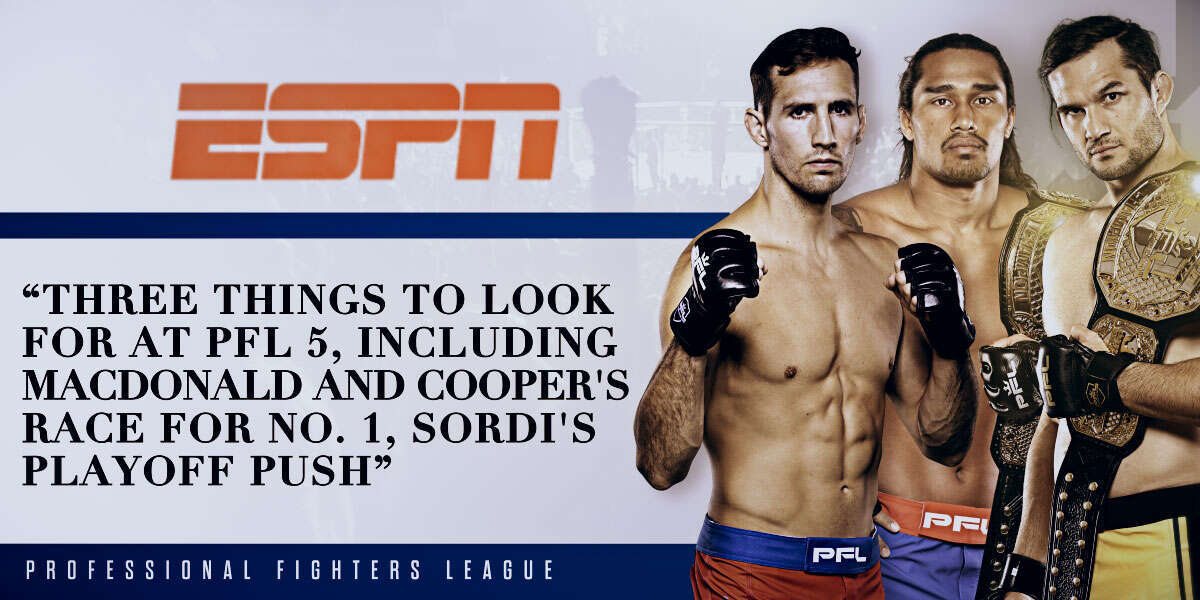 Three things to look for at PFL 5, including MacDonald and Cooper's race for No. 1, Sordi's playoff push

The PFL playoffs are just a couple of months away, and Thursday in Atlantic City, New Jersey, the welterweights and light heavyweights will have their final opportunity to secure one of four available spots in each division.

This week's PFL 5 event (5:30 p.m. ET on ESPN+; 9 p.m. ET on ESPN2) has some intriguing matchups and storylines. Defending champions Ray Cooper III and Emiliano Sordi are both hoping to lock down a return to the playoffs to defend their respective titles, but Sordi's at some risk of elimination following a rare decision win in his career at PFL 2. Then there's star signee Rory MacDonald, who's coming off an impressive debut and is neck and neck with Cooper for the No. 1 spot at welterweight.

And then there's the matter of the rest of the unsettled standings in two divisions. Less than half of the 20 fighters on the PFL 5 card Thursday will claim a playoff spot, and the difference between making and missing the playoffs could very well come down to a matter of seconds.

It's time for the season's pivotal fights. Here are three things to look out for.