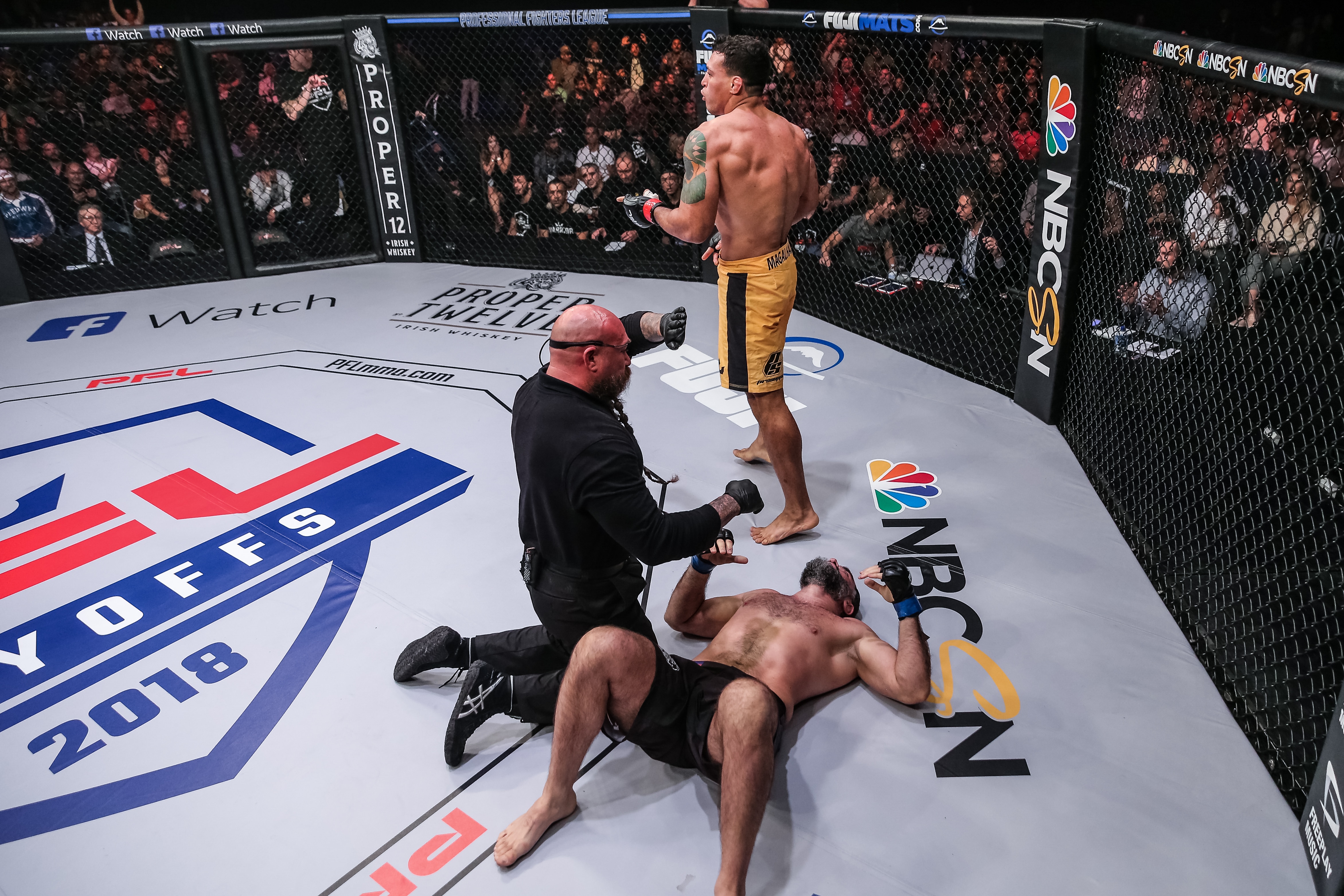 Vinny Magalhaes wants to cap an impressive 2018 campaign in the Professional Fighters League by becoming the promotion’s light heavyweight champion on New Year’s Eve inside the Hulu Theater at Madison Square Garden in New York. The Ultimate Fighting Championship veteran feels at home in the organization for two reasons: Its format brings out the best in him, and it benefits him financially.

“I feel I’ve always had the potential to perform the way I’ve done so far this season,” said Magalhaes, who has rattled off four straight victories, all of them first-round finishes. “For me, this format was great because I was able to train just the way I’ve [done in the past] for jiu-jitsu. Instead of taking a week [or more] off, I literally had no days off. I just found the right place [and] find myself in the right spot now.”

Back in his competitive jiu-jitsu days, he returned to the gym after a tournament and maintained his skills at a high level. “Pezao” believes his mixed martial arts career was hindered by the inconsistent schedule he had to keep. It led to extended periods away from the gym, which created scenarios where he was forced to spend weeks at a time getting back into shape. The PFL has afforded him the opportunity to fight five times in a six-month window -- his most active year since 2011, when he appeared in four fights.