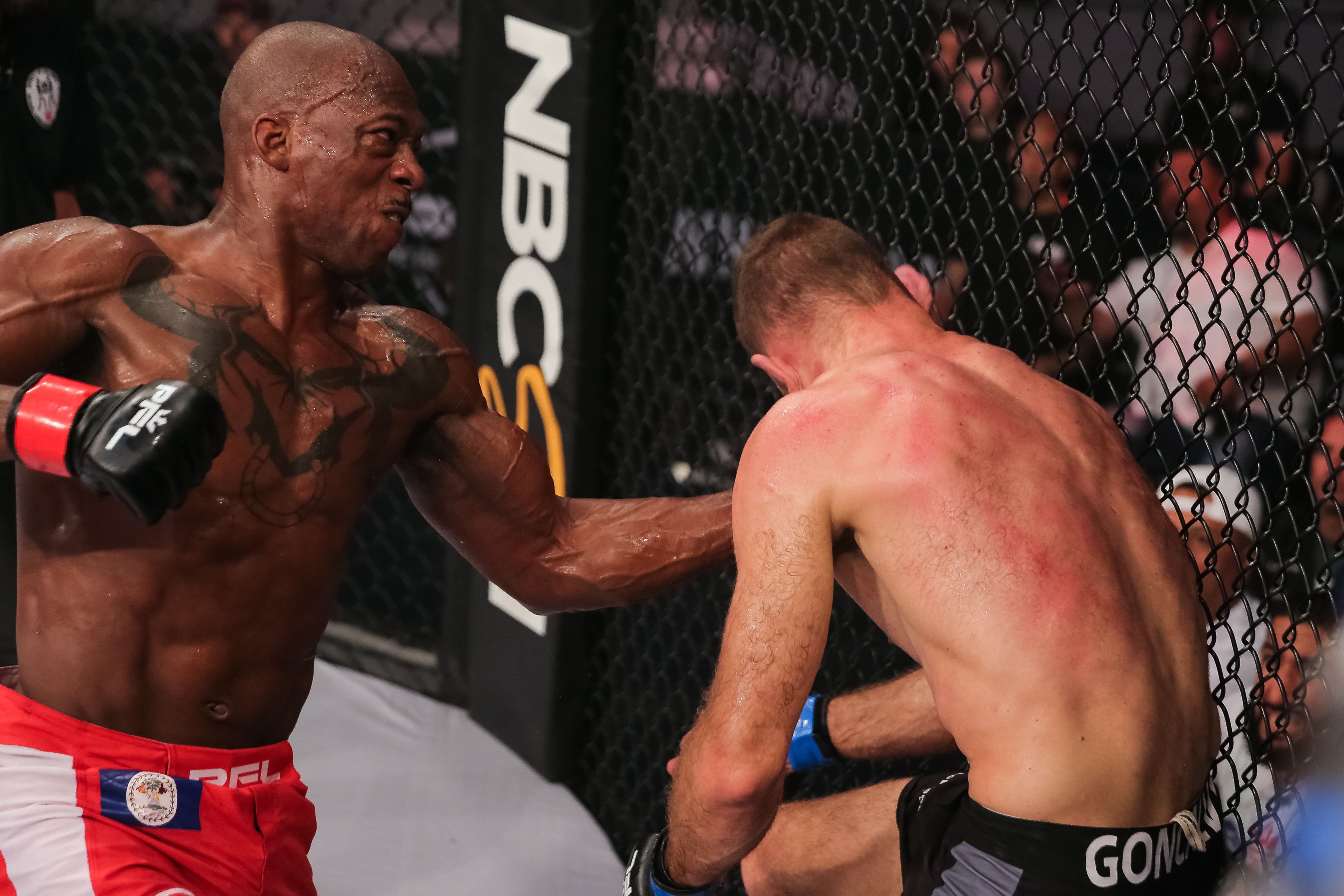 Louis Taylor can see the finish line. The Professional Fighters League middleweight finalist and Chicago native has dealt with impediments to success throughout his life. The PFL playoffs were no different, and he expects nothing less on New Year’s Eve, when he faces Abusupiyan Magomedov with $1 million on the line inside the Hulu Theater at Madison Square Garden in New York.

“Being a part of the middleweight finals, that was definitely my goal,” Taylor told Sherdog.com, “so I’m where I want to be right now.”

While Taylor fought his way to the final, the last leg of the journey was not a smooth ride. “Handgunz” faced off with Ultimate Fighting Championship veteran John Howard in the semifinals at PFL 10 in October. In the second round of their encounter, they grappled on the mat and Taylor attempted a knee strike to Howard’s body. The knee missed the mark and struck “Doomsday” in the head. Controversy ensued. Accidental illegal blows are not uncommon in MMA, and Taylor did not feel he landed with enough force to stop the fight.