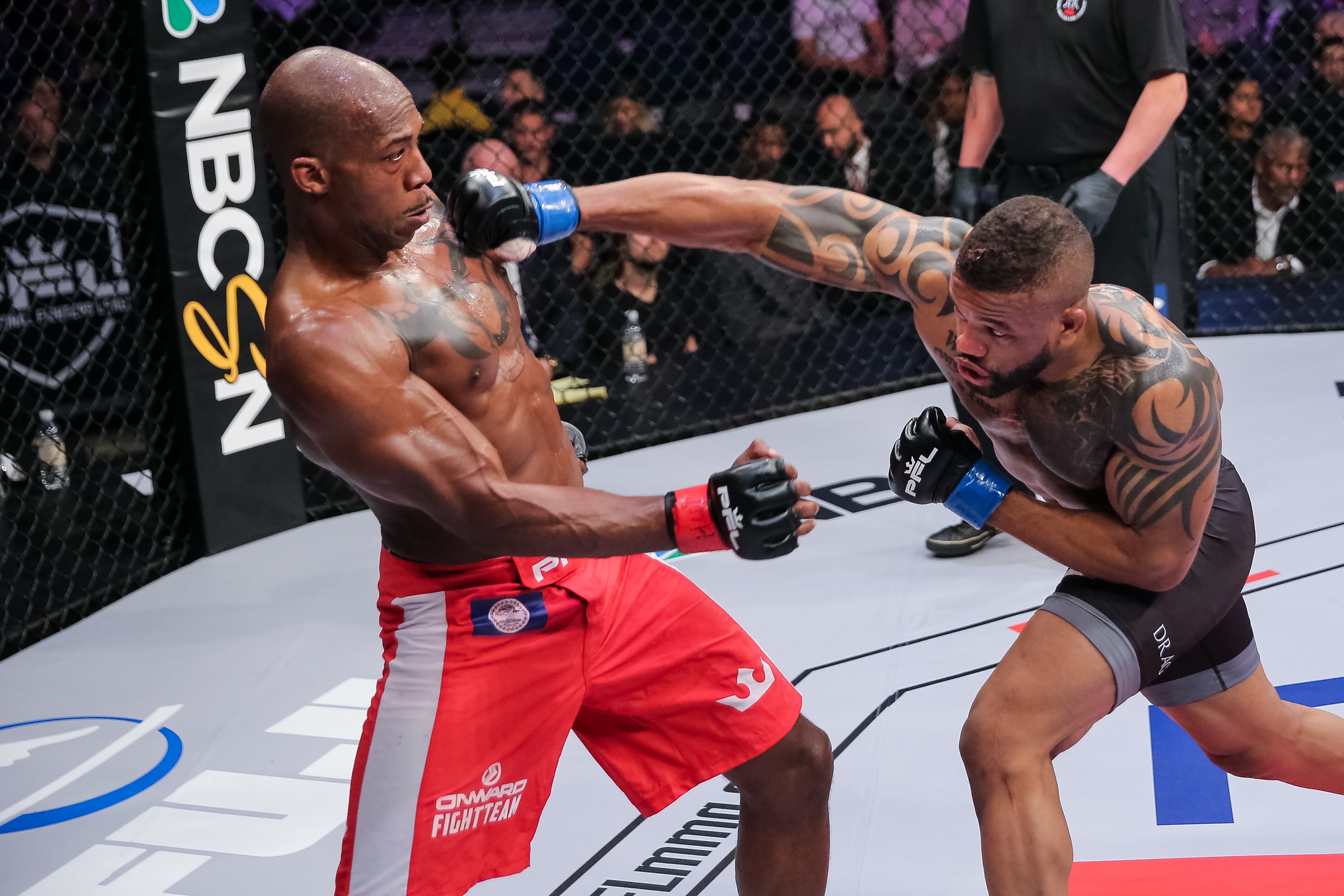 While he might have not been as heralded as other fighters going into this year’s Professional Fighters League middleweight season, Louis Taylor has proven himself to be more than capable of hanging with his more well-known opposition.

After going through the regular season undefeated, Taylor has earned his way into the middleweight finals after picking up two wins in one night against Rex Harris and John Howard this past October in the first two rounds of the PFL playoffs.

“Going into this 2018 PFL season it was a lot to take in at one time,” Taylor told MMAWeekly.com. “I went about it just breaking down each fight one at a time all the way to the finals.

“With the two fights in one night (in October) I took the same approach. I wasn’t going to focus on the second fight until I was done with the first one. Fortunately everything worked out well and I came out on top.”

For Taylor, getting an opportunity to fight for a million dollars is a nice way to earn money he feels was sorely lacking during the majority of his career, but to have a title is just as important.

“To me the championship is the most important thing,” said Taylor. “The money is something that I put my time in, so I deserve this check. I think doing this sport for 11, 12, years professional making crumbs, everybody should have a little something to walk off into the sunset with.

“I’m one of the older fighters on the PFL roster, so I think it’s my time to go out there and prove that I’ve earned it and I deserve it.”