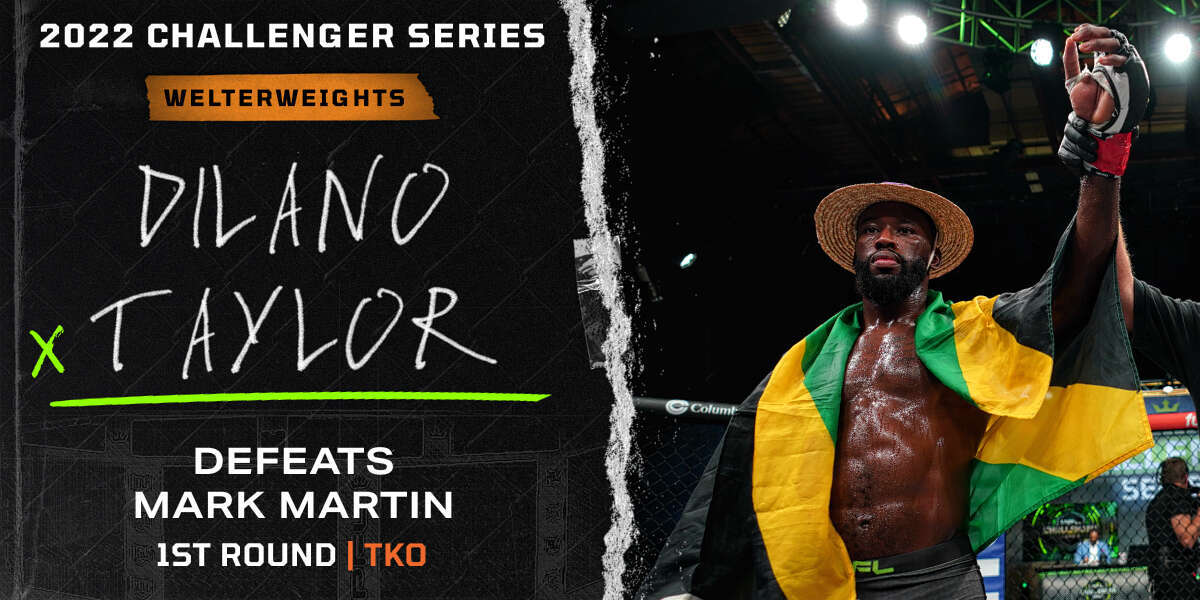 These two welterweights entered the PFL decagon Friday evening in an attempt to follow up two vicious finishes from welterweights Chris Mixan and Carlos Leal.

And yeah, there were some seriously high stakes on the line: Top those performances and earn a PFL contract.

Fail to live up to the hype and be cast aside.

Both men entered the fight on the strength of six straight victories. Who kept his winning streak intact?

Here’s what happened when the lights went down and the show began:

The two get to work early, with both men happy to exchange on the feet. They clinch a minute in, and both men land hard knees to the body.

Taylor’s feinting well, keeping Martin guessing, and they’re back to the clinch. Martin lands a hard uppercut on the break, followed by a high kick, and Taylor appears stunned.

Taylor appears composed as he works through the fire though, landing two stiff right hands that catch Martin’s attention. Instinctually, Martin shoots, and he secures the takedown, planting Taylor on his back to end the round.

Great fight thus far. We head to Round 2.

Just kidding. There’s no Round 2.

Those right hands from Taylor were more serious than we realized, and Martin suffered an eye injury in this one. The doctor’s seen enough between rounds. They end the fight –– and Martin’s eye is not pretty.

Full credit to Martin: He wasn’t ready to quit. His eye/face is badly injured, but he’s game and ready to go. The doctor says no, and that’s that.