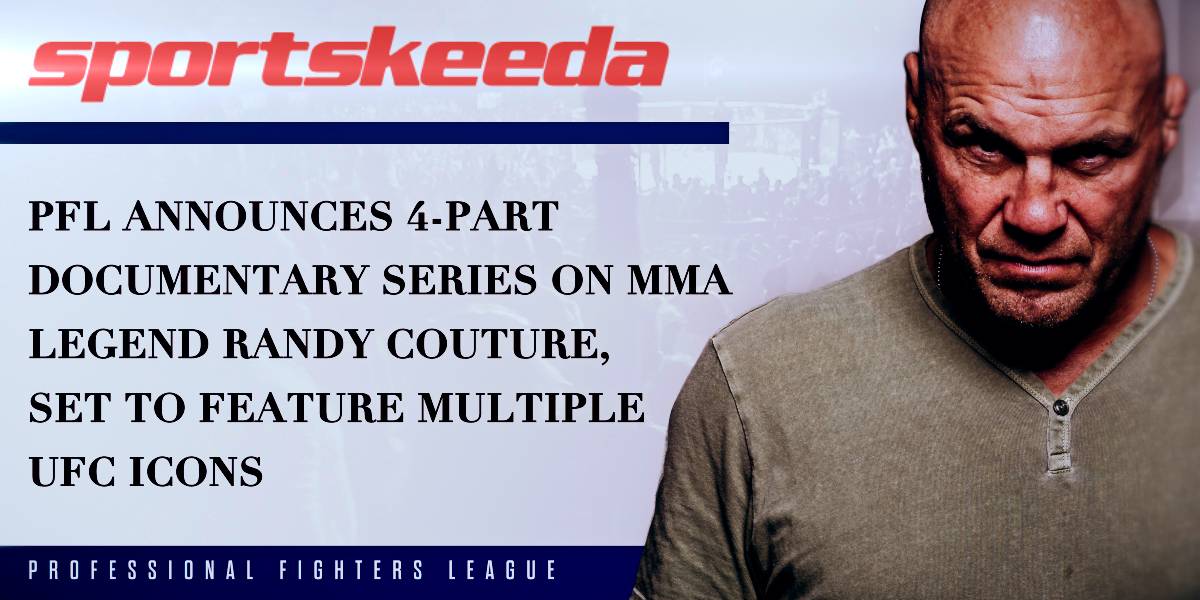 The first episode of the four-part documentary series detailing Randy Couture's life and MMA career will air on Saturday, March 20, at 2:30 PM ET on ESPN.

"The Randy Couture Story," produced by the Professional Fighters League (PFL) and presented by Geico, highlights the remarkable journey of 'The Natural', one of the greatest fighters of all time.

Randy Couture achieved great success in the UFC, becoming a six-time UFC heavyweight champion and Hall of Famer during his career in the promotion.

As soon as the first episode premiers on ESPN, the entire series content will become available on-demand exclusively on ESPN+

The documentary will focus on the key moments of Randy Couture's life and career, giving the audience an in-depth view of his subsequent ventures after retiring from competing in mixed martial arts.

In addition to The Natural's involvement with the PFL through commentating, the four-part series will also examine his career as a Hollywood actor and other endeavours beyond the cage.