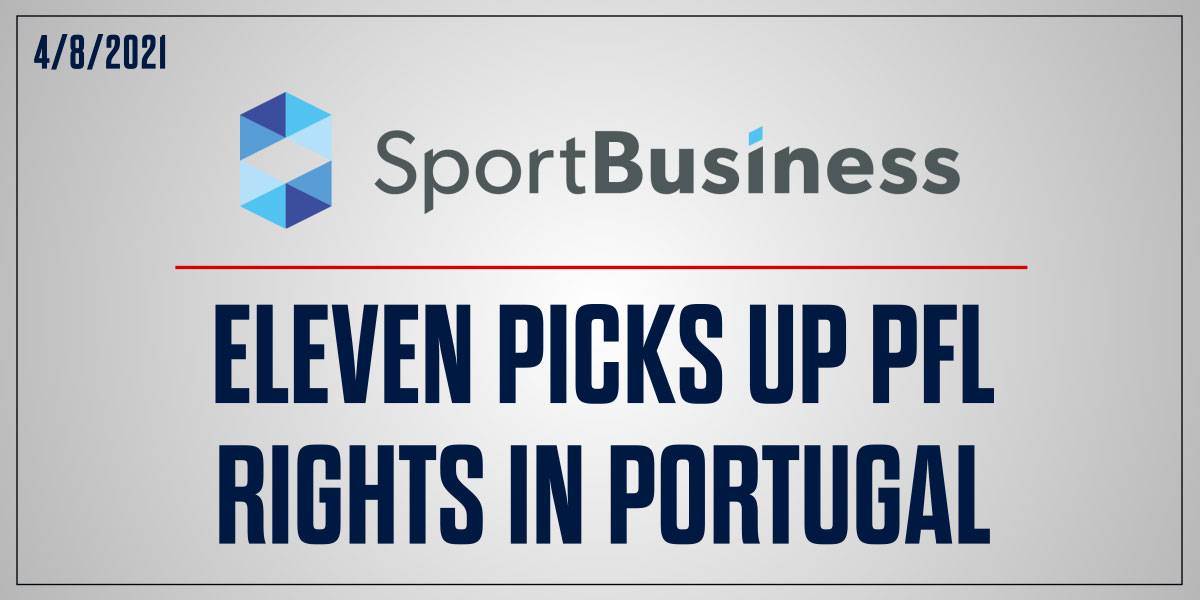 Under the agreement announced today (Thursday) and covering the 2021 season, the PFL has named Eleven as its exclusive content provider in Portugal.

Eleven will broadcast each regular-season, play-off and championship event this season, along with original content created by the league’s in-house content arm, PFL Studios.

Jorge Pavão de Sousa, managing director at Eleven Portugal, said: “Eleven is dedicated to bringing the best premium sports content to fans in Portugal, from the Uefa Champions League, to LaLiga, Bundesliga, Ligue 1, F1, F2, F3, Formula E, Nascar, WTA and the NFL. The Professional Fighters League is a great addition to our portfolio of live rights and we’re looking forward to bringing the competition to our viewers this season.”

Peter Murray, the PFL’s chief executive, remarked: “We are very excited to partner with such an influential network like Eleven which will be the exclusive provider of PFL content for the passionate fan base in Portugal.”

The deal with Eleven follows on from recent international rights deals announced by PFL with the likes of Globo in Brazil and FPT TV in Vietnam.