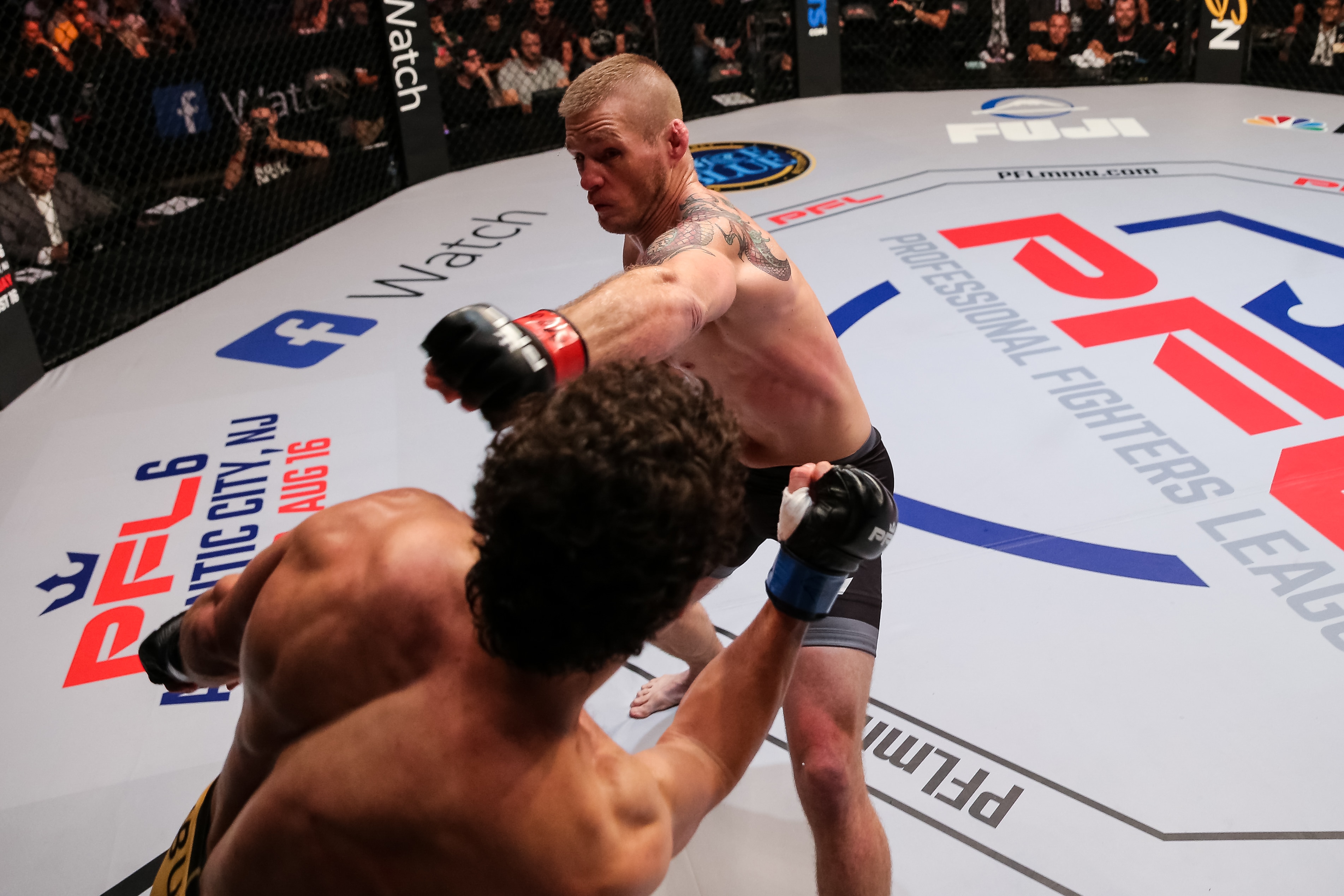 Dan Spohn won both of his fights in the Professional Fighters League (PFL) regular season but it wasn’t as smooth as he would’ve liked it to be. His first win against Bozigit Ataev at PFL 2 went swimmingly as he won via a finish. It was his second fight that had him not feeling perfect after earning the victory. At PFL 5 “The Dragon” Spohn was faced Artur Alibulatov and the fight was going his way.

He gained mount at the end of the second round and came close to finishing the fight. However, in the third round of the fight, Alibulatov hit Spohn with multiple groin kicks. After two Alibulatov was warned and after the third time, Spohn wasn’t able to continue the fight. The fight was stopped and it went to a decision, Spohn was awarded the victory by unanimous decision. It wasn’t the way Spohn wanted to win, but he took the victory, he also believes the kicks were done on purpose.

“I took him down more than once in the second round and I think if we had a little bit more time, I think I would’ve been able to finish him at that point. I think he knew that so that’s why I think he actually was starting to do that on purpose so I couldn’t finish him.”