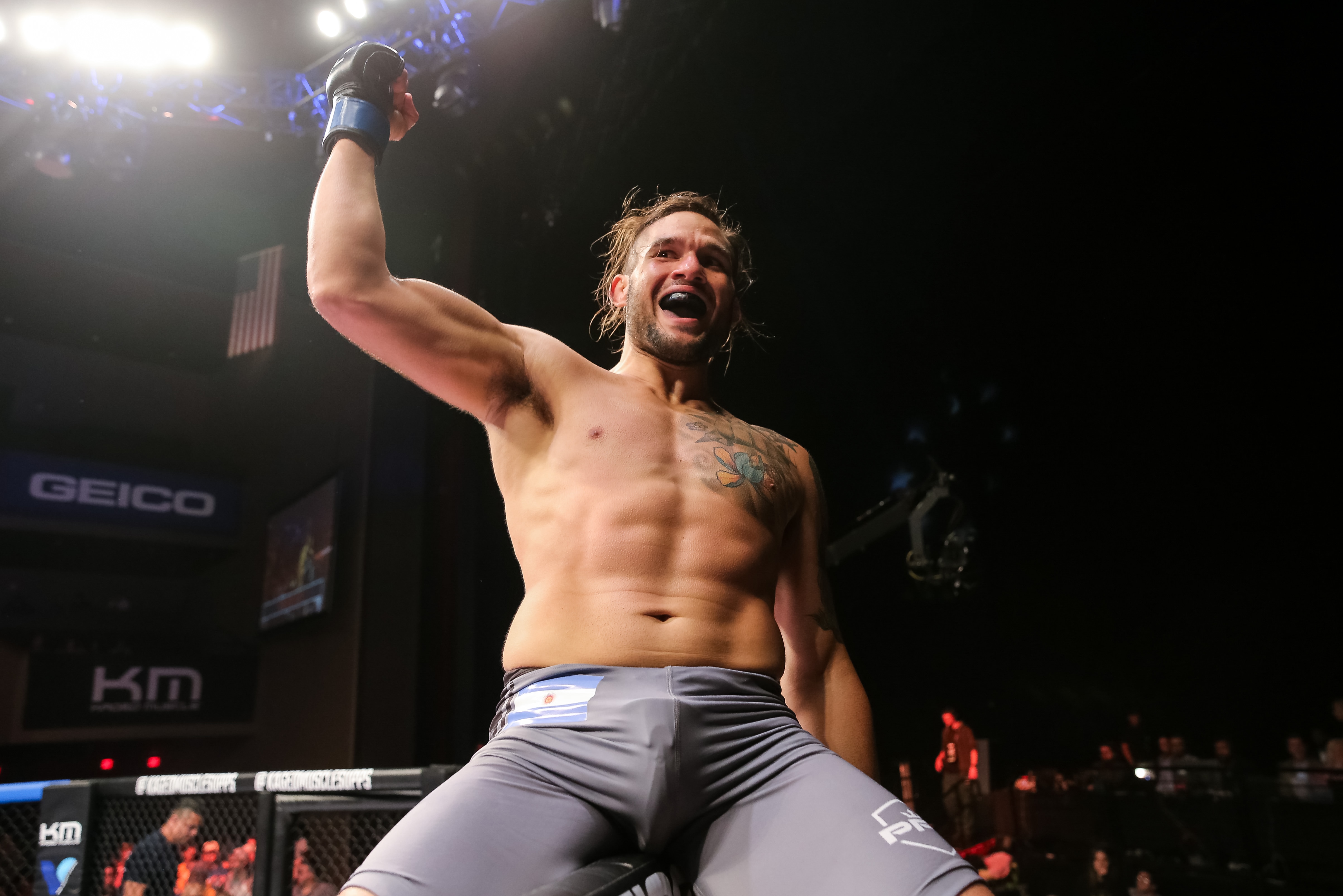 NEWS | Sordi and Goltsov seal No. 1 seeds with dominant outings at PFL 6

The final night of the PFL's regular season saw the return of the heavyweights and light heavyweights -- and they didn't disappoint in terms of fireworks.

After only a handful of finishes at PFL 3 earlier in the season, more than half (six) of the 11 tournament fights were closed out within the first two rounds Thursday night in Atlantic City, New Jersey. Emiliano Sordi locked up the No. 1 seed at light heavyweight with a first-round TKO of Bozigit Ataev. Denis Goltsov dominated Kelvin Tiller for two rounds and ultimately finished their fight in the second round with a neck crank submission -- locking up the top seed for the heavyweights.

A lot of eyes were also on rising star Umar Nurmagomedov (cousin of Khabib Nurmagomedov), who earned a dominant unanimous decision victory over Sidemar Honorio in a bantamweight showcase fight.

The top eight fighters in the heavyweight and light heavyweight divisions will return to action with quarterfinal and semifinal fights set for the same night -- Oct. 31 in Las Vegas.