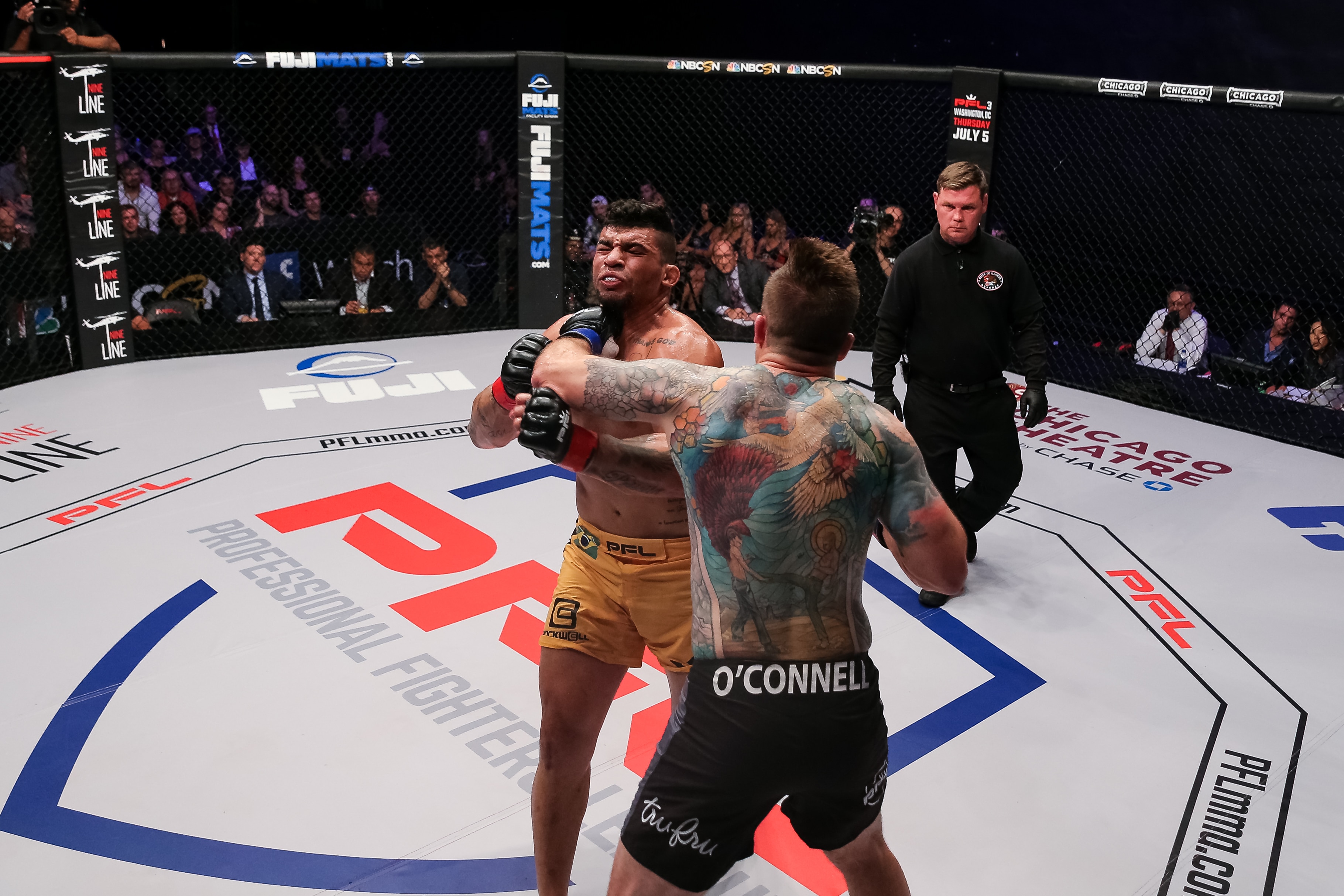 Over a plate of the house special at Roscoe’s House of Chicken and Waffles, Sean O'Connell came to the realization that he was in the final of the inaugural PFL heavyweight tournament.

O’Connell had never competed twice in one night, much less put his body on the line for a potential $1 million payoff. But with a pair of wins in one night, including a vicious first-round knockout, reality seeped in with his greasy treat.

A former UFC fighter and radio personality on Sirius XM, O’Connell (20-10) said his phone wasn’t ringing when the PFL called to gauge his interest in its inaugural tournament, which marked the start of the promotion’s rebranding from the defunct WSOF.

Initially hesitant to volunteer, O’Connell was convinced, like many, to give the new venture a try when he heard about the potential reward. A conversation with PFL executive Ray Sefo provided a nudge.