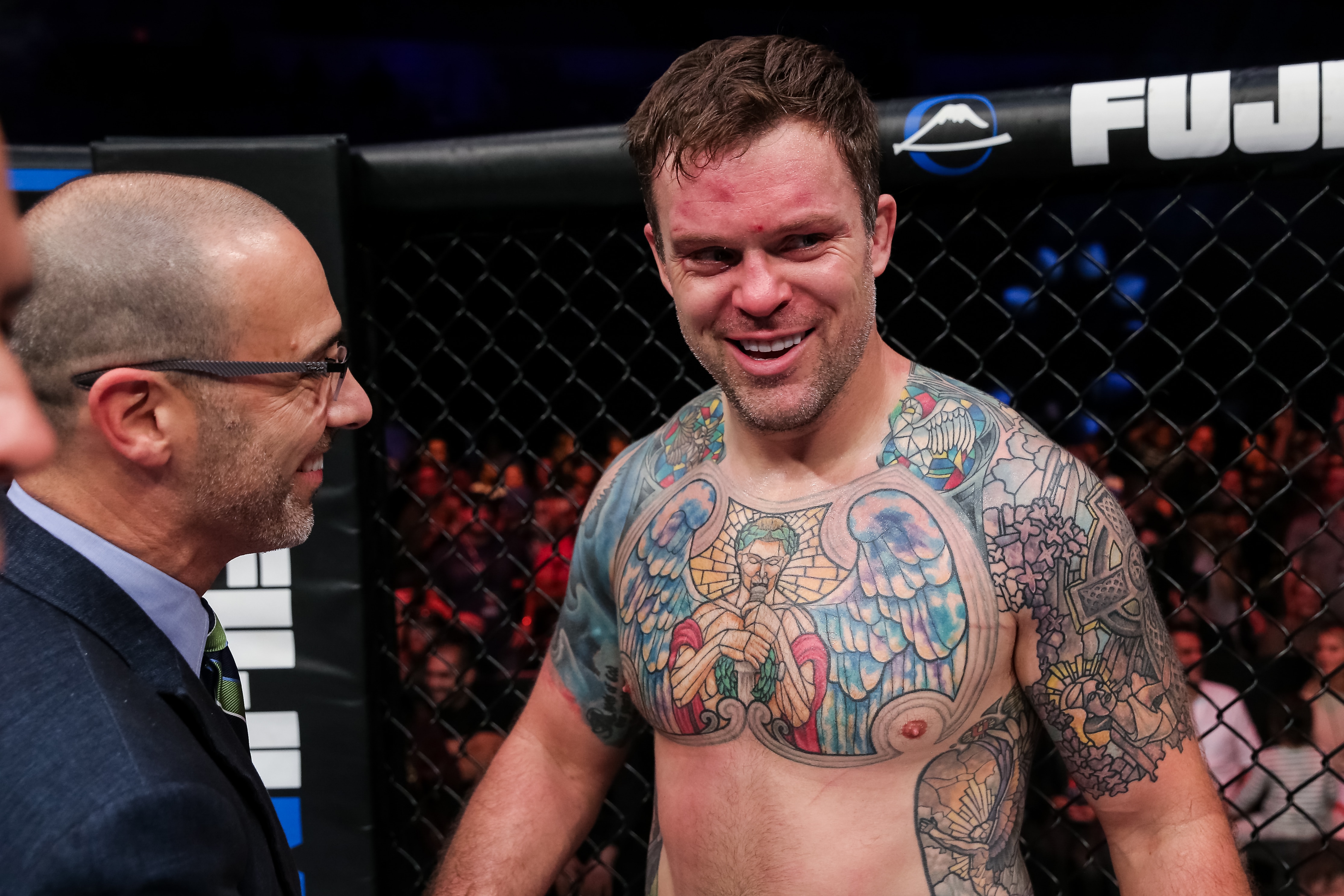 NEWS | Sean O'Connell and the fight for respect

Like an old gunslinger entering a saloon for the final showdown, Sean O'Connell heads towards the 2018 Professional Fighters League Championship embracing the fact that it could be his last professional bout. Knowing this could be the end gives him motivation to produce a career-defining performance on New Year’s Eve, as he aims to secure a $1 million-dollar prize.

“I do feel I’m viewed as a marginal, journeyman fighter,” O’Connell told Sherdog.com, “and I fancy myself something better than that.”

The fortitude he showed to overcome obstacles throughout his Professional Fighters League season is something that O’Connell feels separates him from most other men in the sport.

O’Connell hopes to put that best foot forward against Vinny Magalhaes in the PFL light heavyweight final on Dec. 31 in New York. Magalhaes has enjoyed arguably the most impressive run through the PFL season, as he has finished all four of his opponents in the first round: three by submission and one by technical knockout. O’Connell believes this is the best version of the Syndicate MMA fighter we have seen yet.