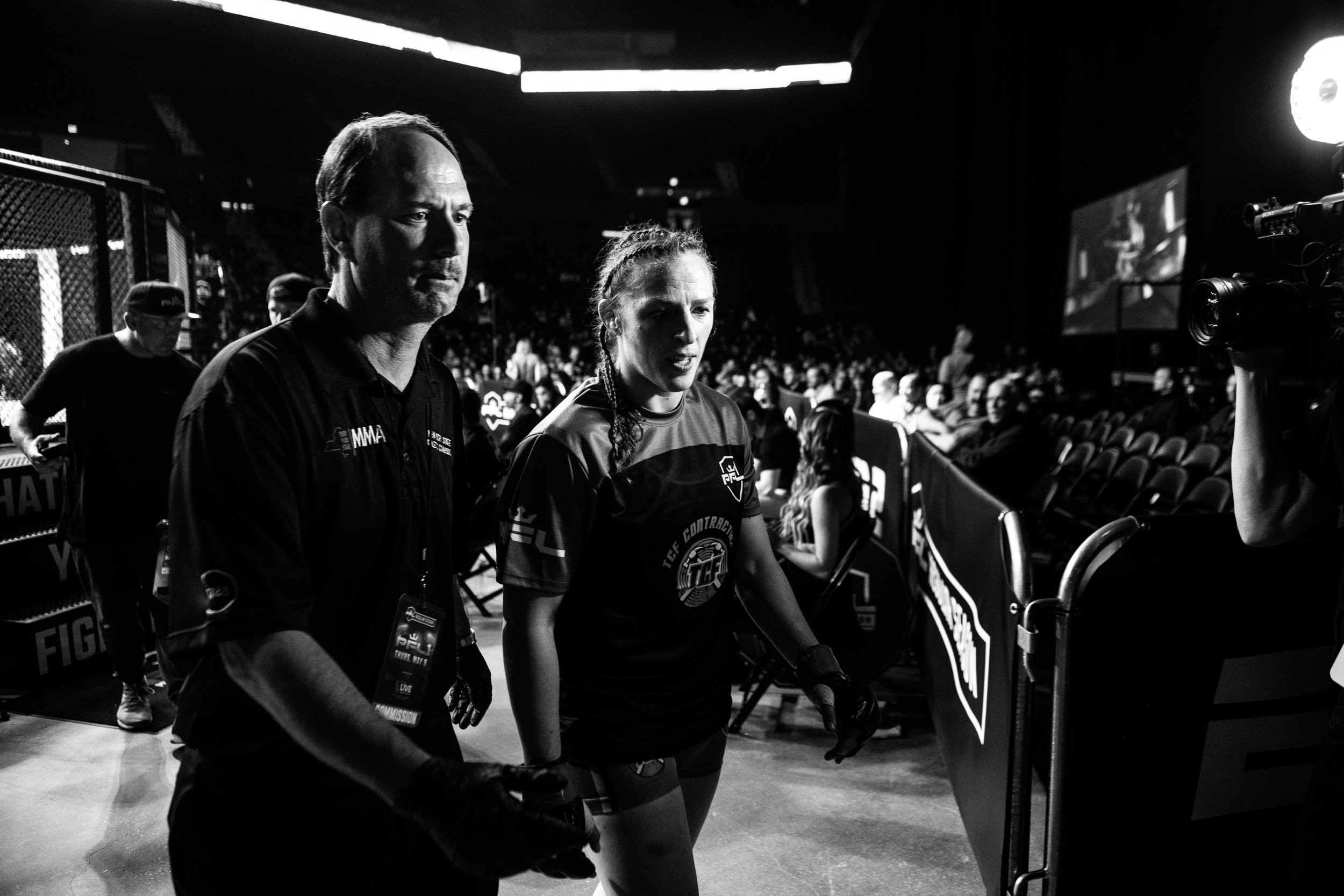 It’s 3,000 miles from the Canadian island enclave of Victoria, British Columbia, to the boardwalk casinos of Atlantic City, New Jersey, which was a long way for someone like Sarah Kaufman to go without punching anyone in the end.

To be fair, she had her chance. When Roberta Samad came in heavy for their scheduled PFL bout last Thursday, the promotion gave her a choice. She was already guaranteed a spot in the PFL playoffs in October, thanks to her quick finish in her previous PFL fight combined with the automatic points from Samad’s weigh-in miss. The promotion told her it was going to pay Kaufman her show and win money either way. If she accepted the fight with Samad, she’d also get an additional 20 percent cut of her opponent’s purse.

Kaufman thought it over. If this had been a normal fight in a normal organization, she probably wouldn’t have had to think very long. The way Kaufman came up through the ranks, especially in the early days of the women’s divisions, you didn’t turn down fights over a few extra ounces, if only because you never knew when you might get another chance to get in the cage.

“That’s what really hit me when I was coming back home, and when I made my peace with it,” Kaufman said. “This wasn’t like a regular fight where this was the only thing you have going on and you don’t know when the next one will be. This was a stepping stone. The goal was never this one fight; the goal was always that million dollars at the end.”