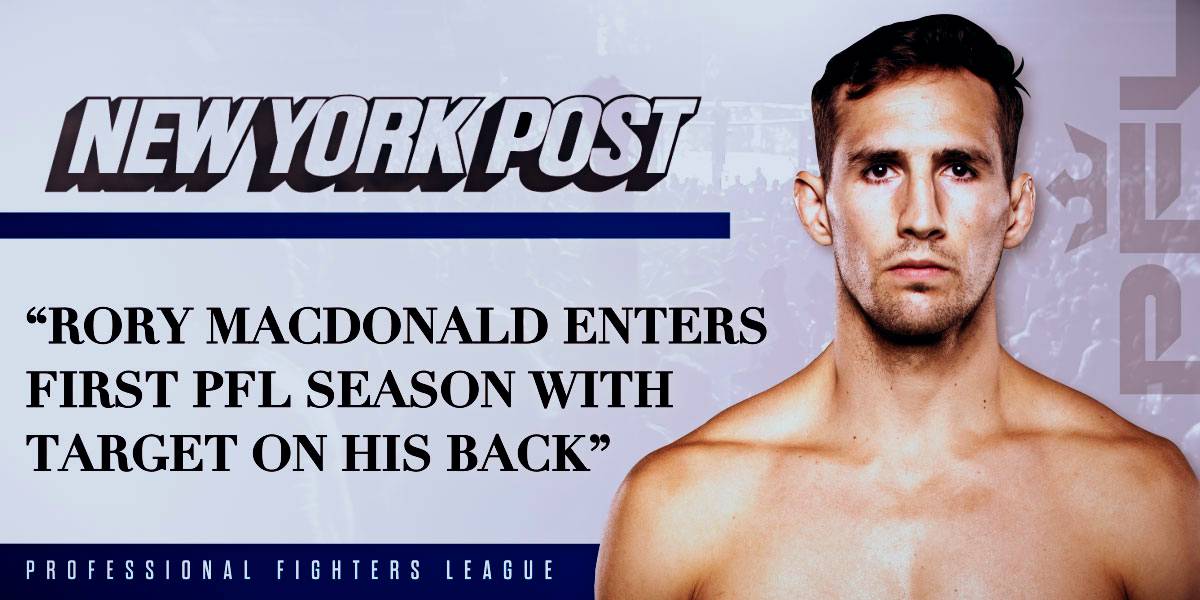 Rory MacDonald enters first PFL season with target on his back

PFL inked MacDonald to a contract — “definitely the best contract of my career” — which could lead to him earning the $1 million prize as the season champion.

Some might look at Rory MacDonald’s most recent cage fights, all part of the 2019 Bellator Welterweight World Grand Prix, and think there’s some passing familiarity with the structure of his new mixed martial arts home, Professional Fighters League.

Not quite, says MacDonald (21-6, 14 finishes), who will make his debut with the organization on Thursday night as the ESPN2-aired headliner for the second event of this PFL season at Ocean Casino Resort in Atlantic City, N.J., facing fellow UFC and Bellator veteran Curtis Millender. The former Bellator 170-pound champion said his experience with his former promotion and its tournament “wasn’t the greatest.”

“For PFL, I get to know my schedule ahead of time,” MacDonald told The Post over Zoom on Tuesday. “With Bellator, I didn’t. They kind of sprung it on me, and they pressured me into taking fights early and things like that. It was a lot different.”