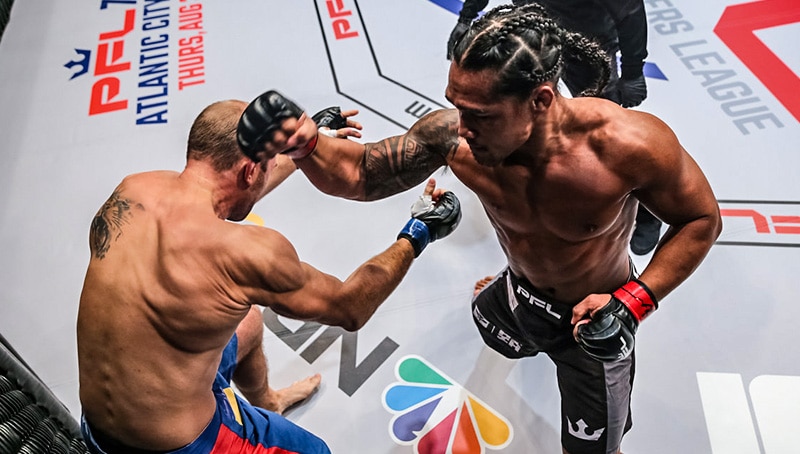 Raymond Cooper III is for real.

The 25-year-old Hawaiian was hard-pressed to top his impressive finish of veteran Jake Shields that happened just a month ago, but Cooper (15-5) did just that with an 18-second TKO of Pavlo Kusch (23-6) in the welterweight main event of PFL 6 on Thursday at the Ocean Resort Casino in Atlantic City, N.J.

Cooper came out swinging from the opening bell and Kusch had no answer. He was backed up against the cage and overwhelmed by Cooper’s punching power, leaving referee Keith Peterson with no choice but to step in for the stoppage.

With the win, Cooper added six points to bring his season total to 11 and he will enter the PFL postseason as the No. 1 seed at 170 pounds.