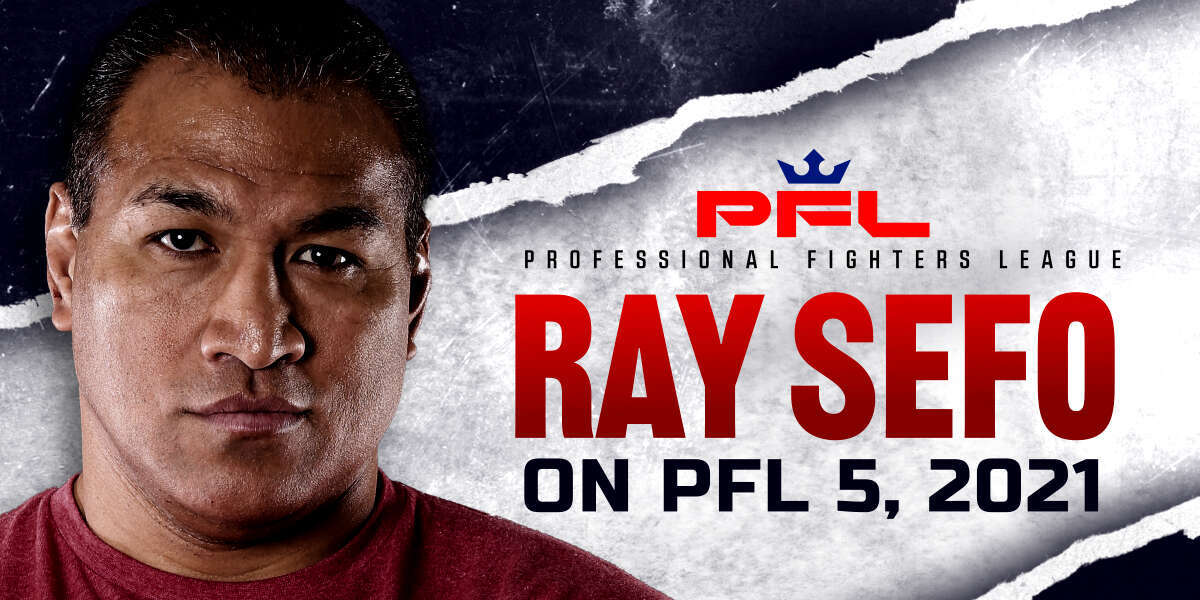 The push to the PFL Playoffs rolls on Thursday, June 17, with PFL 5, 2021, from the Ocean Casino Resort in Atlantic City, N.J.

PFL brings a stacked card to fight fans worldwide, with a welterweight showdown between Rory MacDonald and Gleison Tibau headlining the event. MacDonald enters the scrap with momentum on his side, as he submitted Curtis Millender in the first round at PFL 2, 2021, in April, earning six points in the Welterweight Playoff picture in the process.

Tibau, meanwhile, dropped his PFL debut against Joao Zeferino at that same event via unanimous decision. Despite this, Tibau is still 2-1 in his last three, and with 50 professional fights under his belt, it’s impossible to count him out, no matter the circumstances.

Before those two take the cage, welterweights Ray Cooper III and Nikolai Aleksakhin square off in the night’s co-main event, while light heavyweights Cezar Ferreira and Chris Camozzi open the main card on ESPN2.

All that and more begins with the ESPN+ card, airing live at 5:30pm ET. The broadcast then shifts at 9pm ET for the ESPN2 card. For additional broadcast details, click here.

Note: This post reflects the betting odds at the time of posting. Visit DraftKings, the official sportsbook of the PFL, for the latest odds.

Rory MacDonald entered the PFL cage with ultra-high expectations. A former Bellator champion and a perennial UFC contender at 170 pounds, MacDonald cemented himself as one of the best fighters on earth ahead of his promotional debut — then he wasted no time justifying the hype.

MacDonald needed less than four minutes to lock in a rear-naked choke against Curtis Millender, and his momentum hit another level, solidifying “The Red King” as a favorite to win it all in the PFL Welterweight bracket.

Tibau isn’t going to lay down and let MacDonald take home another six points, though. With wins against fighters such as Rafael dos Anjos and Caol Uno on his resume — as well as a close decision defeat against Khabib Nurmagomedov — Tibau has seen it all inside the cage.

Ray’s Take: This is the type of veteran vs. veteran fight I love to see. MacDonald and Tibau are two of the most well-rounded and experienced fighters in the Welterweight division, so this one comes down to who devises the better game plan — and who executes on fight night. With seven knockouts and eight submissions on his resume, MacDonald can threaten the finish anywhere. Tibau boasts 14 submissions of his own, though, and his grinding approach has worn down many exceptional fighters across his 22-year professional MMA career. Can he pour all that experience into an upset victory Thursday night, or will MacDonald skate into the 2021 PFL Playoffs?

PFL’s most decorated knockout artist, Ray Cooper III, returns to action at PFL 5, 2021, to take on dangerous Russian Nikolai Aleksakhin. While Cooper’s six knockouts mark the most by any fighter in PFL history, the Hawaiian showcased a new wrinkle in his game during his last outing, submitting Jason Ponet via first-round arm-triangle choke at PFL 2, 2021, in April. Aleksakhin, meanwhile, hasn’t lost a fight since 2016 and has registered five stoppage victories during that stretch.

Ray’s Take: Can you say fireworks? There’s no way this fight between Ray Cooper and Nikolai Aleksakhin disappoints. PFL fans are well aware of the power and aggression Cooper brings to the cage, and Aleksakhin will provide the ultimate dance partner on Thursday night. While his last fight ended via no-contest due to an eye injury back in April, Aleksakhin showed what he can do in the 2019 PFL Season, finishing Jesse Ronson with brutal ground-and-pound at PFL 7, 2019. Cooper’s six points in 2021 put him in the driver’s seat here — but Aleksakhin will be hungry to bounce back, and that makes him more dangerous than ever. I can’t pick a winner here, but I can issue this warning: Buckle. Up.

The 2019 PFL Light Heavyweight king Emiliano Sordi returns Thursday to face Dan Spohn in a must-win showdown for each fighter. With the rest of the PFL Light Heavyweight matchups taking place before they enter the cage, Sordi and Spohn will know exactly what they need to do to punch their ticket to the 2021 PFL Playoffs. Sordi’s 2019 run was historic, as he finished five straight opponents en route to the PFL Light Heavyweight Title, but Spohn, a dangerous and well-rounded veteran in his own regard, will be more than happy to play spoiler.

Ray’s Take: On paper, Sordi — who has won six straight fights and hasn’t lost since 2018 — should easily handle Spohn, who has dropped his last three inside the PFL cage. Not so fast. Sordi’s resume impresses, and his 96% finish rate speaks to his power and precision, but Spohn is a savvy vet who can end things anywhere, anytime. He has 12 stoppage victories on his resume, and they’re split almost perfectly with seven knockouts and five submissions. Consider this, too: That three-fight skid might look disappointing on paper … but it might motivate him to come out swinging and earn the upset victory, too. Sordi’s the favorite, but you can’t count out a fighter with his back against the wall — ever.

The PFL 5, 2021, fight card kicks off on ESPN2 with a high-profile Light Heavyweight throwdown. Cezar Ferreira, fresh off the second-fastest knockout (37 seconds) in PFL Light Heavyweight history, takes on UFC and GLORY kickboxing veteran Chris Camozzi with a spot in the 2021 PFL Playoffs on the line. Coming off a decision defeat against Emiliano Sordi, Camozzi needs to rebound in a big way, and he’ll have that opportunity Thursday night against Ferreira.

Ray’s Take: The situation is clear-cut for Cezar Ferreira: Finish Chris Camozzi and enter the 2021 PFL Playoffs as a favorite to win it all. Ferreira has the tools to get it done, too, with eight finishes (four knockouts/four submission) in 14 career victories. Camozzi is no easy out, though. In 15 career losses, Camozzi has been submitted six times and finished with strikes just once, so Ferreira faces a tough challenge on fight night. Camozzi gave Emiliano Sordi all he could handle back in April at PFL 2, 2021, and he’ll gladly upset Ferreira’s current run Thursday evening in Atlantic City, N.J. Who puts it all together on fight night and leaves with his hand raised?