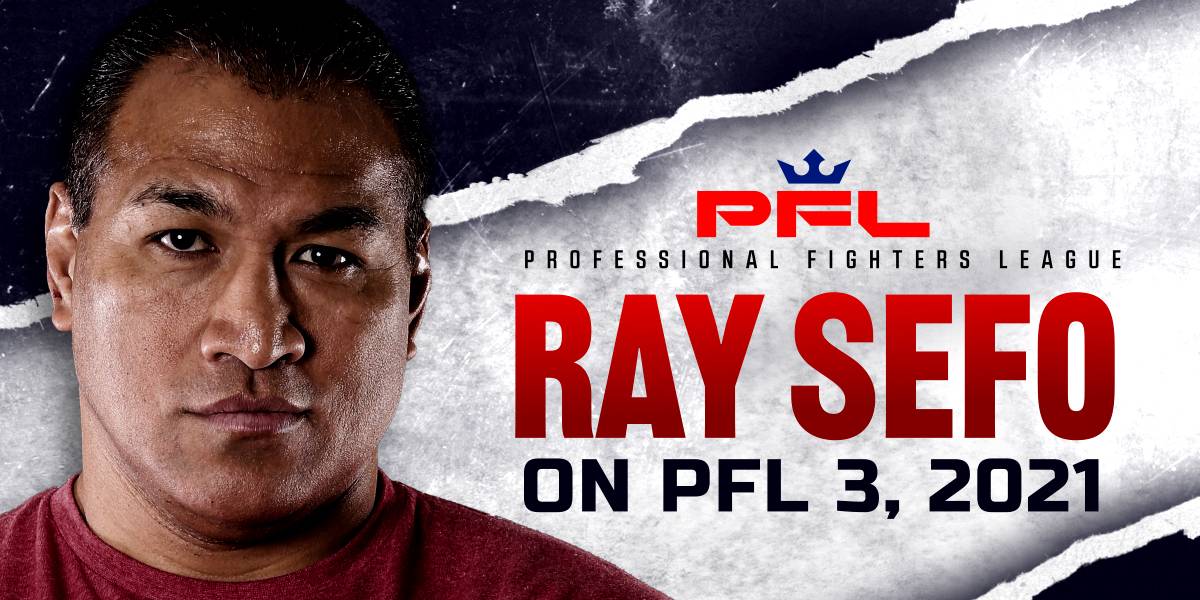 The third season of the Professional Fighters League closes out the first half of the regular season on Thursday, May 6, from the Ocean Casino Resort in Atlantic City, N.J. The league's two remaining divisions step into the cage for the first time as men’s heavyweights and women’s lightweights will compete.

The action kicks off with a preliminary card airing live on ESPN+ beginning at 5:30 p.m. ET. The broadcast shifts to ESPN and ESPN Deportes at 7 p.m. ET. For additional broadcast details, click here.

Let’s take a look at some of the match-ups through the eyes of PFL President Ray Sefo, a six-time world kickboxing and Muay Thai champion and three-time combat sports Hall of Famer.

The night’s headliner features the debut of former UFC champion Fabricio Werdum. “Vai Cavalo” is one of the most decorated Brazilian Jiu-Jitsu practitioners in the heavyweight division, but is also dangerous on the feet. His resume over nearly 20 years of MMA competition includes victories over legends Fedor Emelianenko, Alistair Overeem, and Cain Velasquez. The towering Ferreira — who stands 6-foot-8 —presents a unique challenge to the veteran. His lanky frame is a weapon on both the feet and the ground, leading to six finishes in his six wins, including five via strikes. Both fighters have proven finishing ability and will be out to secure bonus points.

Ray’s Take: Werdum is one of the most recognizable fighters in MMA. He’s got the most dangerous ground game in the division and don’t forget he can finish people while standing. Just ask my old friend Mark Hunt. It’ll be interesting to see how he navigates the reach of the much taller Ferreira. The younger fighter has finished all his fights, but can he show Werdum something he hasn’t seen in the cage?

In the co-main event, returning women’s lightweight champion Kayla Harrison looks to repeat her dominance in 2021. The two-time Olympic judo gold medalist moved her record to 8-0 with a TKO win at Invicta FC 43 in the fall, and now returns to the PFL SmartCage in search of a second million-dollar prize. The Brazilian Morais is an experienced veteran who has fought under the Invicta and KSW banners. She makes her league debut riding a three-fight winning streak and has faced strong competition across multiple weight classes during her career. Twelve of Morais’s 16 career victories have come inside the distance.

Ray’s Take: Kayla Harrison is the most dominant athlete in women’s MMA right now. She proved it last season by securing the title and she’s back to do it a second time. Morais has faced high-level competition throughout her career, so she won’t be intimidated when she steps into the cage. We’ve already seen multiple returning champions suffer upsets this season and Harrison will be out to avoid joining that group.

A pair of league newcomers collide in the heavyweight division as Nigeria’s Mohammed Usman meets Hawaii native Brandon Sayles. Usman is the younger brother of pound-for-pound great Kamaru Usman, who holds the UFC’s welterweight title. Like his brother, Usman has a strong wrestling attack and has finished five of his seven wins. Sayles is an Army veteran who serves as an instructor for the Army Combatives program. He has stopped all five of his career wins to date.

Ray’s Take: This is the type of fight that could be a grueling battle or end in an instant. Both of these men have shown they can finish their opponents, but they also possess a lot of toughness. Usman is likely to implement his wrestling game, but against Sayles, that may not be a safe place. This match-up could steal the show as both will be looking for a stoppage win.

Two longtime veterans cross paths when former Invicta FC title challenger Kaitlin Young takes on UFC and Bellator MMA alum Cindy Dandois. Young, who is known as “The Striking Viking”, is a decorated standup fighter who is a former World Muay Thai champion and holds a black belt in taekwondo. Over her career that dates back to 2007, she’s faced the likes of Miesha Tate, Julie Kedzie, Gina Carano and Leslie Smith. On the other side of the cage will be Belgium’s Dandois, whose accolades come in the grappling department. The judo black belt started MMA competition in 2009, handing Marloes Coenen a defeat in her pro debut. Since then, she’s squared off with notables Tonya Evinger, Megan Anderson and Alexis Davis. She rides a four-fight winning streak into her league debut.

Ray’s Take: A classic striker vs. grappler affair between two experienced fighters, this fight will come down to who can impose their will. Young’s striking is among the best in the division, but she’s got to avoid getting tangled up with the judoka Dandois. Whoever comes out on top in this one could be a darkhorse this season in the lightweight division.

Russia’s Dennis Goltsov returns to the PFL cage in 2021 looking to advance farther than he did last season, where he came up short against eventual heavyweight champion Ali Isaev in the playoffs. He’ll welcome UFC veteran Justin Willis to the PFL SmartCage. Goltsov towers at 6-foot-5 and is a well-rounded fighter. Of his 25 career victories, he’s finished 10 by strikes and 10 by submission, including a pair of finishes during last season. Willis enters his league debut after a UFC stint where he earned four victories. A World Series of Fighting alum, Willis has stopped four of his eight victories with strikes thanks to his long reach.

Ray’s Take: We know these two heavyweights are going to bring the heat. Goltsov has been here before and wants to secure a playoff spot with a big finish. Willis has fought under the big lights and won’t be surprised by anything his more experienced opponent brings to the cage. Both of these guys could make a big statement when the cage door shuts.