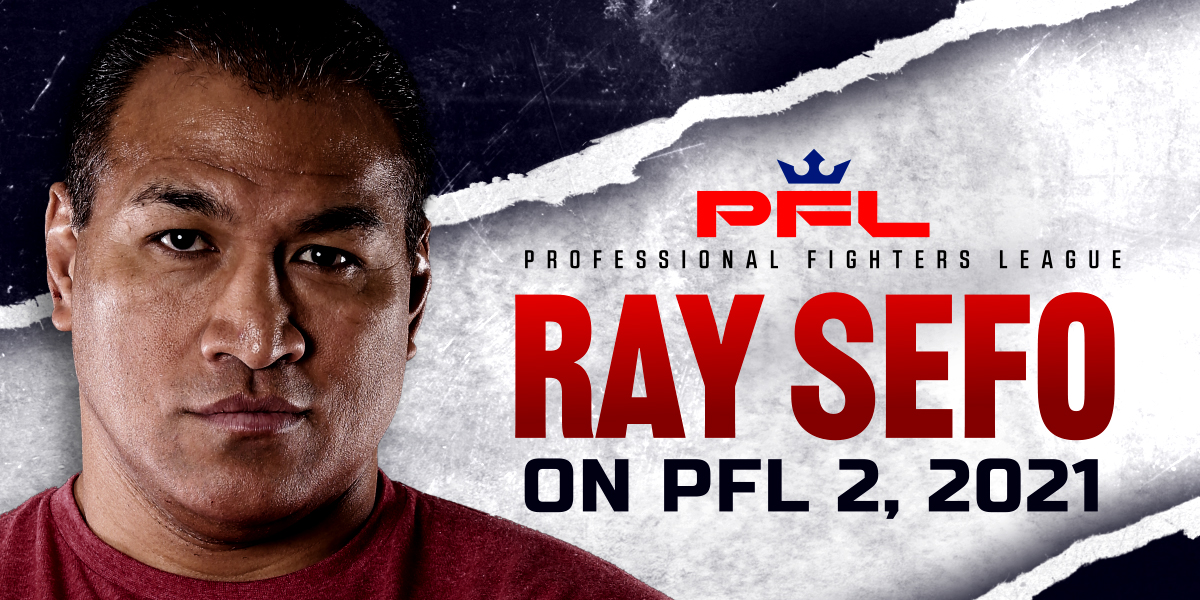 The third season of the Professional Fighters League continues on Thursday, April 29, from the Ocean Casino Resort in Atlantic City, N.J. After an action-packed first event that showcased the men’s featherweight and lightweight divisions, the league’s second installment will feature match-ups in the welterweight and light heavyweight ranks.

The action kicks off with a preliminary card airing live on ESPN+ beginning at 5:30 p.m. ET. The main card will be broadcast on ESPN 2 and ESPN Deportes at 9 p.m. ET. For additional broadcast details, click here.

Let’s take a look at the main card match-ups and the preliminary-card headliner through the eyes of PFL President Ray Sefo, a six-time world kickboxing and Muay Thai champion and three-time combat sports Hall of Famer.

The night’s headliner features the league debut of former UFC title challenger and Bellator MMA champion Rory MacDonald. He meets fellow UFC and Bellator alum Curtis Millender. Canada’s MacDonald began his pro career at just 16 years of age and has proven to be a well-rounded athlete throughout his 28 professional bouts. His 21 career wins are split evenly with seven knockouts, seven submission and seven decision victories. Millender, meanwhile, is an explosive striker who has found success at every level. He made a name for himself with a pair of highlight-reel, head-kick knockouts, helping him reach the sport’s highest levels.

Ray’s Take: What better way to kick of the welterweight season than with one of the best welterweights in the world? MacDonald believes he’s going to dominate this season, but as we’ve seen in the past, anything can happen in the PFL. Millender is no easy out and possesses lethal striking. He could easily play spoiler in this one. I can’t wait!

In the co-main event, returning welterweight champion Ray Cooper III looks for a repeat performance as he welcomes French Guiana native Jason Ponet to the PFL. Cooper is a two-time finalist and holds the league record with six knockout victories. The Hawaiian has stopped all 20 of his wins, including his second-round TKO of David Michaud in last season’s final. A Wushu Sanda specialist, Ponet enters the season riding a three-fight winning streak. Based out of France, Ponet is a well-traveled veteran who has competed in 14 different countries over the course of his 13-year career.

Ray’s Take: Anyone who has seen Cooper in the cage knows that he is always looking for a finish. His crisp boxing carried him to a title last season and he’ll open the 2021 season against another striking specialist in Ponet. We haven’t seen many Wusha Sanda practitioners in the PFL, so I’m curious to see how Ponet handles the aggressive attack of Cooper.

Two very experienced Brazilians collide as Joao Zeferino makes his league return against longtime UFC veteran Gleison Tibau. The two BJJ black belts have resumes littered with submission finishes. Zeferino qualified for the 2018 PFL playoffs, but was forced out due to injury. The Renzo Gracie Academy product has 16 submission victories, which is the most in the division. Tibau’s league debut will be his 50th career fight, with 28 of those coming under the UFC banner. The American Top Team fighter rides a two-fight winning streak into the match-up with Zeferino.

Ray’s Take: This fight should be a grappler’s delight. These two black belts have been in the cage with elite competition and have combined for 30 submissions. I look forward to seeing which of these Brazilians can implement their will and score some points.

Another champion starts his journey toward a second season title and another million-dollar prize when reigning light heavyweight titlist Emiliano Sordi collides with UFC and GLORY Kickboxing veteran Chris Camozzi. Sordi has run roughshod through the PFL of late, scoring five finishes en route to last season’s title. The Argentinian has stopped all 22 of his career wins. Colorado’s Camozzi is a hard-nosed veteran who has found success in the UFC cage and most recently, the GLORY ring, where he went 3-1 in four appearances. One of Camozzi’s biggest strengths has been his durability, with his only career loss due to strikes being due to a cut.

Ray’s Take: Something has to give in this one. Sordi is a proven finisher, especially on the feet. Whereas Camozzi has shown his striking prowess in both MMA and kickboxing. Will Sordi be able to put away the granite-chinned Camozzi? Or will the veteran upset the reigning champ?

The night’s preliminary card is headlined by the league debuts of Brazilian Antonio Carlos Jr. and Tom Lawlor. A winner of The Ultimate Fighter, Carlos Jr. is a decorated BJJ black belt who does his best work on the ground. Eight of his 10 career victories have come via tapout. Lawlor returns to MMA competition for the first time since 2018. The UFC veteran has turned his eccentric personality and amateur wrestling credentials into a professional wrestling career but is eager to get back to competition in the PFL Decagon.

Ray’s Take: There’s so much talent in the light heavyweight division this season and the preliminary card is topped by two veterans in Carlos Jr. and Lawlor. I’m intrigued to see how Lawlor performs after some time away from the cage and how he’ll handle the submission game of the Brazilian. This one should be fun from the opening bell.