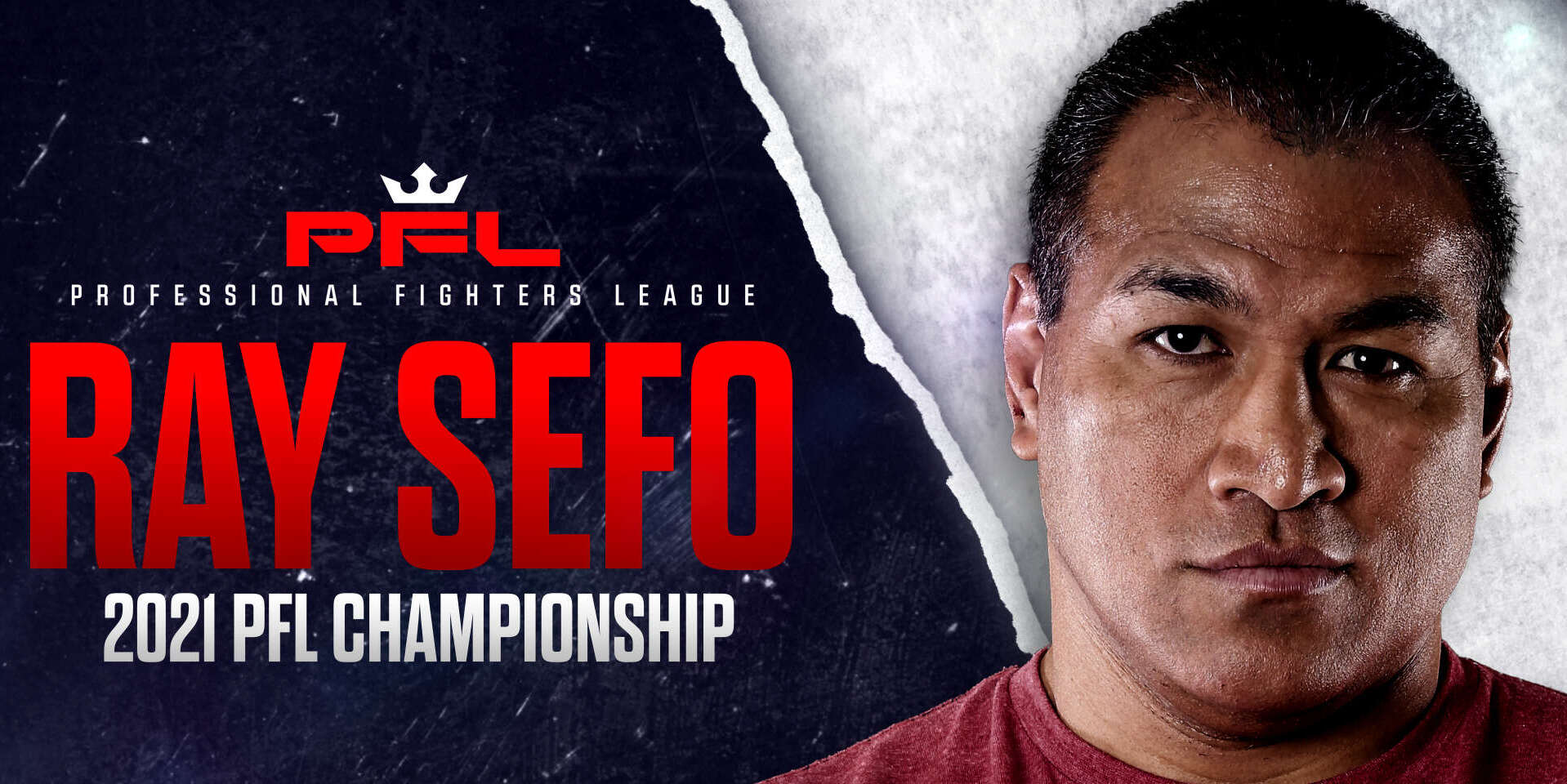 The 2021 PFL Championship is here.

At the Seminole Hard Rock Hotel and Casino Hollywood, Florida, competitors across six weight classes will compete for PFL gold in the final stage of PFL’s year-long tournament.

And with PFL gold comes a cool $1 million payday.

Not a bad night.

Lightweight finalists Loik Radzhabov (No. 1 seed) and Raush Manfio (No. 3 seed) are first up for the million-dollar title fights on ESPN+, and women’s lightweights Kayla Harrison (No. 2 seed) and Taylor Guardado (No. 4 seed) will close the show on ESPN2.

Sandwiched between those two championship fights are four million-dollar matchups to crown winners in the light heavyweight, featherweight, heavyweight, and welterweight divisions. They are:

While that may seem like plenty of action for one evening, PFL didn’t stop there in loading up the 2021 PFL World Championship fight card.


Also on the card is a featured women’s lightweight showcase between two-time Olympic gold medalist Claressa Shields and Abigail Montes. Fresh off an impressive comeback victory via TKO in her MMA debut earlier this year at PFL 4, Shields is back to face the 2-0 pro Montes live on ESPN2.

It all begins at 4:30 p.m. ET on ESPN+, with the first title fight taking place at 6 PM. The main card then kicks over to ESPN2 (simulcast on ESPN+) at 8 p.m. ET. For additional broadcast details, click here.

The first title fight of the evening also features one of three top-seeded to make the finals in Loik Radzhabov. One of the most famous athletes in his native Tajikistan, Radzhabov makes his second trip to the PFL finals after coming up just short against Natan Schulte in a 2019 Fight of the Year effort.

Manfio, meanwhile, is as unlikely a finalist as you’ll find on the card. Prior to the 2021 PFL Regular Season, Manfio was working an overnight janitorial shift and considering quitting MMA altogether. Instead, he got the call to enter the 2021 PFL Lightweight Tournament as an alternate, and now he’s just one fight away from $1 million.

Ray’s Take: This is an unbelievable matchup when you consider what both men have done to get here. Radzhabov proudly represents Tajikistan, and he carries the pride of a nation into the cage each and every time out. He’s also been in this position before and will undoubtedly face the pressure of making sure his 2021 title bid ends more successfully than his first back in 2019.

After losing his opening-round matchup in 2021, it appeared Radzhabov might be in danger of missing the Playoffs altogether, but he bounced back with two impressive performances –– including the fastest stoppage in PFL Lightweight history –– to snag the No. 1 seed instead.

On the other hand, Manfio is a guy who quite possibly would be out of the sport completely if not for these life-changing circumstances. After entering the 2021 PFL season as an alternate, Manfio rattled off three straight victories over top-notch competition in Joilton Lutterbach, Anthony Pettis, and Clay Collard.

He’s already proven there’s plenty of fight left in him. Will he get it done one more time to take home the PFL title and $1 million?

Fresh off a dominant 2021 Regular Season run, Antonio Carlos, Jr. enters the 2021 PFL World Championship with one more opponent in front of him: Marthin Hamlet.

Hamlet went 2-1 during the 2021 PFL Regular Season with two finishes. In that defeat, Cory Hendricks surprised Hamlet with a comeback Hail Mary rear-naked choke to steal the fight in the third and final round. Despite the loss, Hamlet’s 2021 run proved one thing: He doesn’t take part in boring fights.

Carlos Jr.’s resume speaks for itself: IBJJF world champion. Nine out of 12 career victories via submission. Tied for the most submissions in UFC middleweight history (five).

The man is an animal on the ground, but Hamlet –– a seven-time Norwegian wrestling champion –– is no slouch there, either. Making this one all the more intriguing, Hamlet has finished three opponents via knockout as well, making him a dangerous opponent wherever this one goes.

On the feet, it’s fair to give the slight edge to Hamlet. Can he keep it there? Will he even want to keep it there? This is one of those fights I simply cannot predict, and that makes it all the more interesting to me. I can’t wait to see who gets it done and takes home the 205-pound crown Wednesday evening.

A main training partner of MMA legend Khabib Nurmagomedov, Khaybulaev enters this fight with some added motivation. He’ll represent the Abdulmnap School in honor of Khabib’s late father and trainer.

“All my achievements to this day are thanks to Abdulmanap Nurmagomedov,” Khaybulaev said. “All my skills, my whole arsenal, I have because of him.”

Wade, however, won’t be concerned with a fairy-tale ending for Khaybulaev. He’s coming off three straight impressive wins during the 2021 PFL Regular Season, and now he wants one more.

Ray’s Take: This is one of those elite-level matchups that could go anywhere. Both fighters are incredibly well rounded, incredibly well trained, and incredibly motivated to take home the ultimate prize Wednesday evening.

Khaybulaev’s unbeaten in 20 professional fights, which is a remarkable achievement in this sport. We all know how anything can happen inside the cage, yet he’s been able to avoid damage and emerge victorious time and time again. That’s no coincidence.

That said, Wade strung together arguably the most impressive featherweight run of the year. His knockout of Arman Ospanov was picture-perfect, then he followed that up with a dominant decision victory over Bubba Jenkins. Bubba rolled into that bout on a five-fight winning streak, and Wade stopped it in its tracks.

Don’t make me pick a winner here. It’s too close to call. But one thing is certain: I’ll be laser focused on the action inside the Smart Cage when these two make that walk.

Two of the best heavyweights on earth fight for the PFL title and $1 million. Do we really need more? Let’s just kick it to Mr. Sefo.

Ray’s Take: Maybe I’m biased, but there’s just something about a heavyweight fight that raises the bar a bit, isn’t there?

Knowing every punch, every knee, every flick of the hips can end the fight in a flash is just glorious for fight fans, and I’ve been counting down the days until this rematch between Bruno Cappelozza and Ante Delija since it came together.

Cappelozza’s run during the 2021 PFL Regular Season almost looks like it came from a video game set to “easy.” He knocked out all three opponents, with only one man lasting into the second round.

You noticed how I said “rematch” earlier, right?

That’s the element that really takes this fight over the top to me. Not only is it just a fantastic fight, but Delija has the opportunity to bounce back from a knockout defeat against Cappelozza earlier this year and prove that he can get it done when it matters most.

This one is perhaps the most decorated PFL matchup of all time. Cooper owns the most knockouts in PFL history with six, and 21 of his 23 wins overall came via stoppage. He’s unquestionably one of the most popular, exciting, and distinguished fighters in the promotion’s history.

Magomedkerimov, meanwhile, is 10-0 under the PFL banner and has won 13 straight overall. Like Cooper, he’s a finishing machine too, stopping 19 of his opponents before the final bell (10 knockouts, nine submissions).

Something’s gotta give Wednesday evening at the 2021 PFL Championship.

Ray’s Take: Does it get any better than this?

Back in 2018, Magomedkerimov shocked Cooper at the PFL World Championships with a second-round guillotine to capture PFL gold and $1 million. Just a year later, Magomedkerimov had to withdraw from the tournament, and Cooper stepped forward to take the title with authority behind two vicious knockout finishes in the semifinals and finals.

Now, in 2021, these two top welterweights run it back with everything on the line. Cooper is already the first three-time PFL Championship finalist. But who will become the first welterweight to win it twice? One of these men leaves the cage Wednesday evening with that distinction.

The 2019 Women’s Lightweight Champion Harrison kept rolling in 2021, rattling off three straight first-round finishes to catapult herself into the Finals Wednesday evening. Once again, she’s playing the part of juggernaut throughout this tournament.

That said, Guardado earned three victories of her own –– all via decision –– after taking a nine-year break from the sport from 2011 to 2020. She’s been perfect since making her PFL debut in May. Can she notch one more victory?

If so, she’ll not only take home the PFL Women’s Lightweight title and $1 million, but she’ll earn the biggest upset in promotional history, too.

Since transitioning to MMA in the summer of 2018 at PFL 2, Harrison has been nothing short of stellar. She captured the 2019 Women’s Lightweight Championship and now looks for the repeat in 2021 against Taylor Guardado.

Interestingly, Harrison did not enter the 2021 PFL Playoffs as the No. 1 seed. That distinction went to Larissa Pacheco, who missed weight for her semifinals bout this season and was disqualified from the tournament as a result.

That opened the door for Guardado, who now enters the biggest fight of her life fresh off three straight wins.

The odds tell you it’s a longshot for her to pull off the upset. But this is MMA, ladies and gentlemen. We’ve seen it happen before, and it can absolutely happen again.

I, for one, cannot wait to see how this one shakes out to cap off an incredible 2021 PFL season.