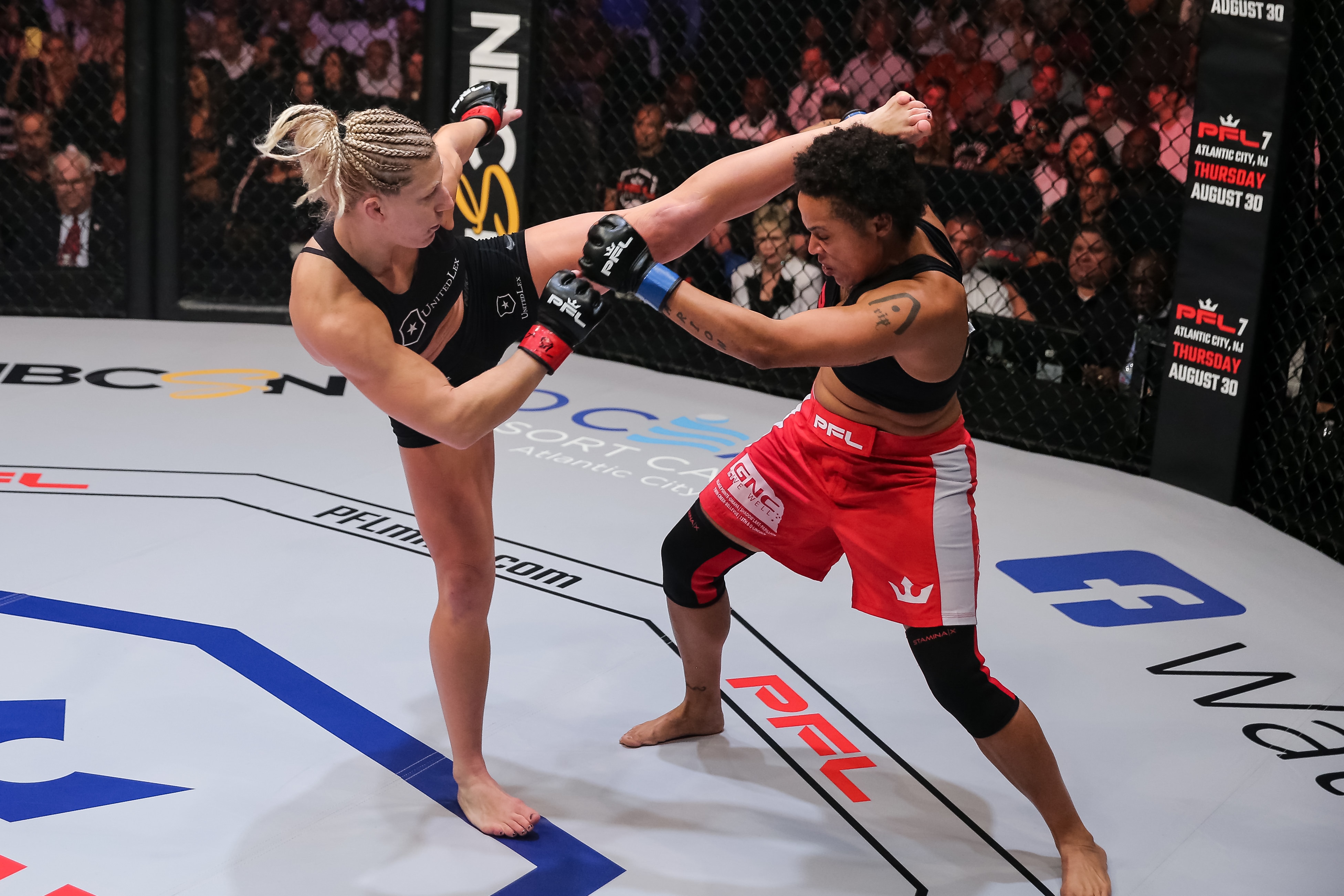 NEWS | Ray Sefo: Kayla Harrison is a Superstar in the Making

When two-time Olympic judo gold medalist Kayla Harrison signed with the Professional Fighters League (PFL), the expectations were rather high that she would develop into a top notch mixed martial artist.

Obviously there are no guarantees when predicting how any fighter will develop and evolve in the sport even one as gifted as Harrison.

Still the pedigree was there, especially considering Harrison’s background when compared to former UFC women’s champion Ronda Rousey, who her teammate on the United States judo team once upon a time.

Through two fights thus far in her career, Harrison has proven to be every bit of the prospect she was expected to be and PFL president of fight operations Ray Sefo knows that this is just the beginning for her.

“I think Kayla is a superstar,” Sefo told MMAWeekly. “All you have to do is look at her achievements being the only American to have won two gold medals back-to-back in judo. That’s a huge achievement. Kayla came out to Vegas and I ended up moving around with her and holding pads for her for a couple of days and it was truly amazing to see what this girl could do. That’s when I knew she had the potential.