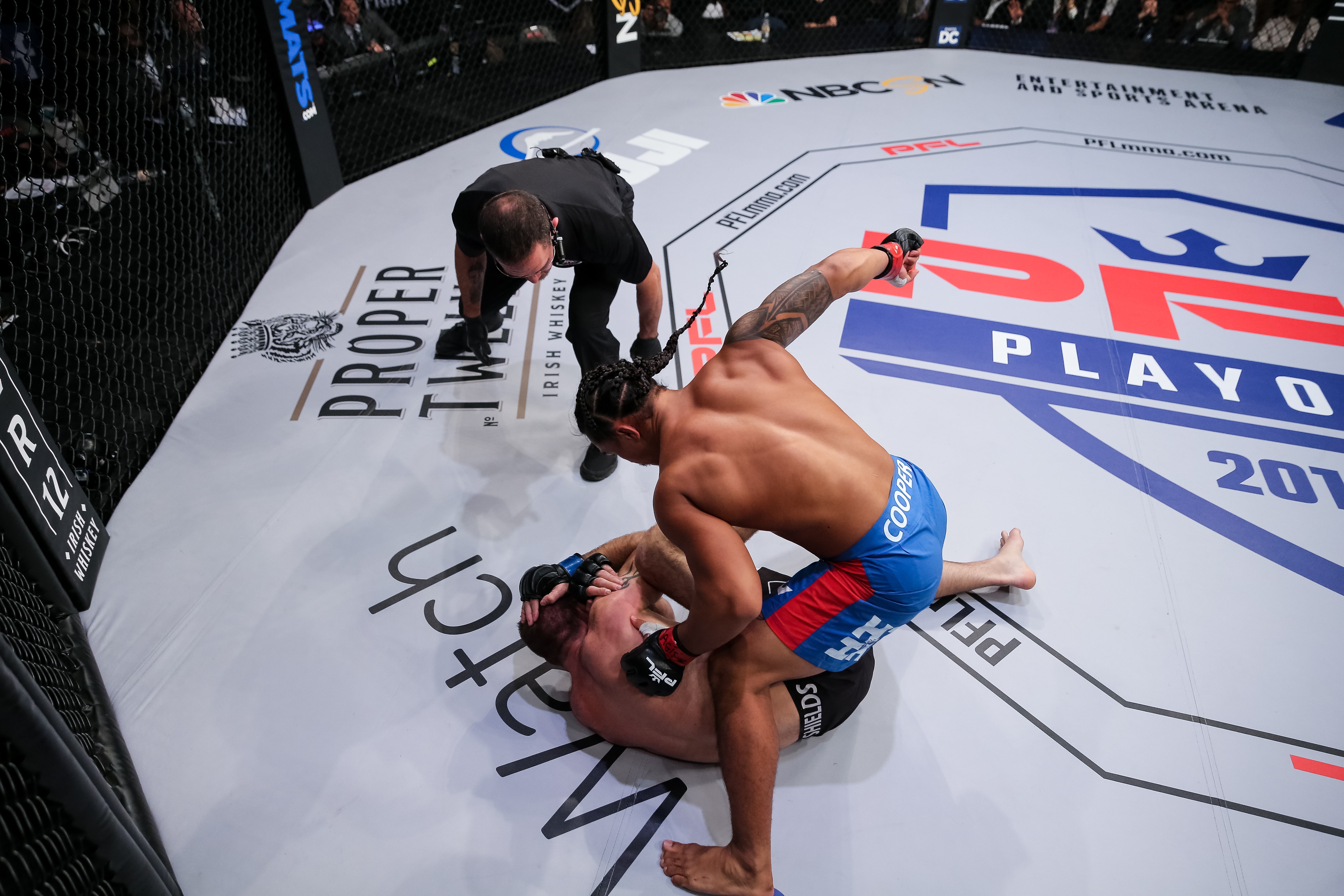 NEWS | Ray Cooper III has emerged as the face of PFL

Heading into 2018, Ray Cooper III was a relative unknown for anybody outside of Hawaii. He was coming off a split decision loss against Handesson Ferreira in a Mid-Pacific Championships fight that virtually nobody in the continental U.S. paid attention to. But, as a tough Hawaiian kid on the verge of breaking out, he signed up with PFL as a kind of intrigue as an unknown, because the PFL season-to-playoffs structure is meant to unearth talent while providing a million-dollar dangling carrot to the veterans of the trade.

Well, through four fights in PFL, Cooper is no longer an intrigue — he is the man to beat.

“Bradda Boy” began his run with the promotion by taking out the former Strikeforce middleweight champion Jake Shields this past July, a feat that opened some eyes right off the bat. To follow that up, he blew up Pavel Kusch in 18 seconds to set the PFL record for quickest finish. After earning the No. 1 seed in the welterweight playoffs, he drew none other than Jake Shields again this past weekend in the quarterfinals bracket. He would be asked to duplicate his feat.