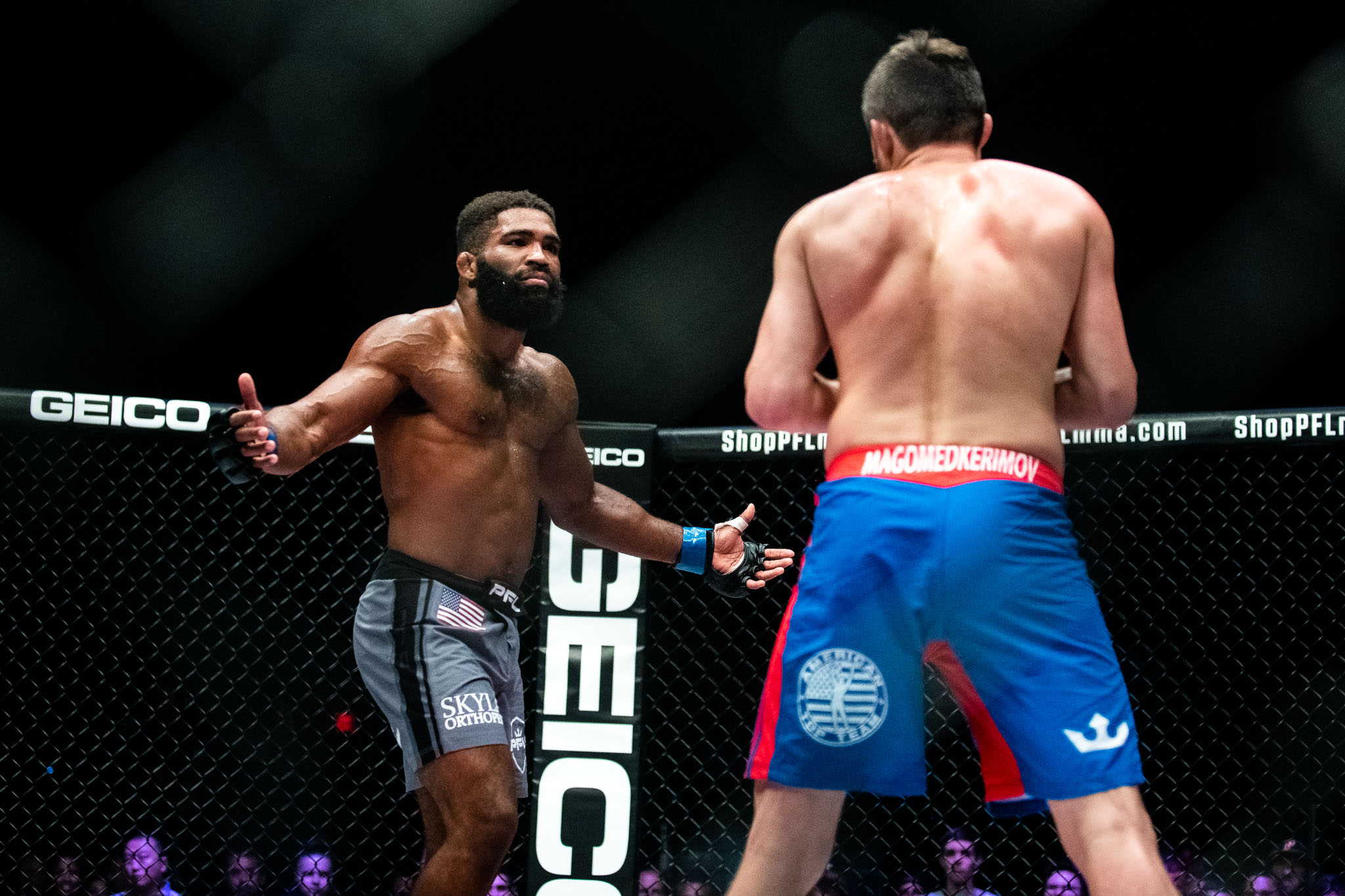 Randy Couture breaks down Magomedkerimov-Curtis I

One of the best fights of the PFL's 2019 regular season took place on July 11 in Atlantic City, New Jersey, involving welterweights Magomed Magomedkerimov and Chris Curtis.

And good news: The rematch is scheduled to go down Friday at Mandalay Bay Events Center in Las Vegas.

Magomedkerimov (25-5), who is looking to win back-to-back PFL welterweight titles after earning $1 million in 2018, defeated Curtis (21-6) via unanimous decision at PFL 4 in July. Magomedkerimov pretty much had his way early on in the first fight, until Curtis rallied in the final round and nearly finished the Russian with a guillotine choke.

In anticipation of the rematch, ESPN sat down with Randy Couture and rewatched the first fight, as the UFC Hall of Famer and current PFL commentator offered his real-time insights and reactions, as well as what he expects from the sequel.