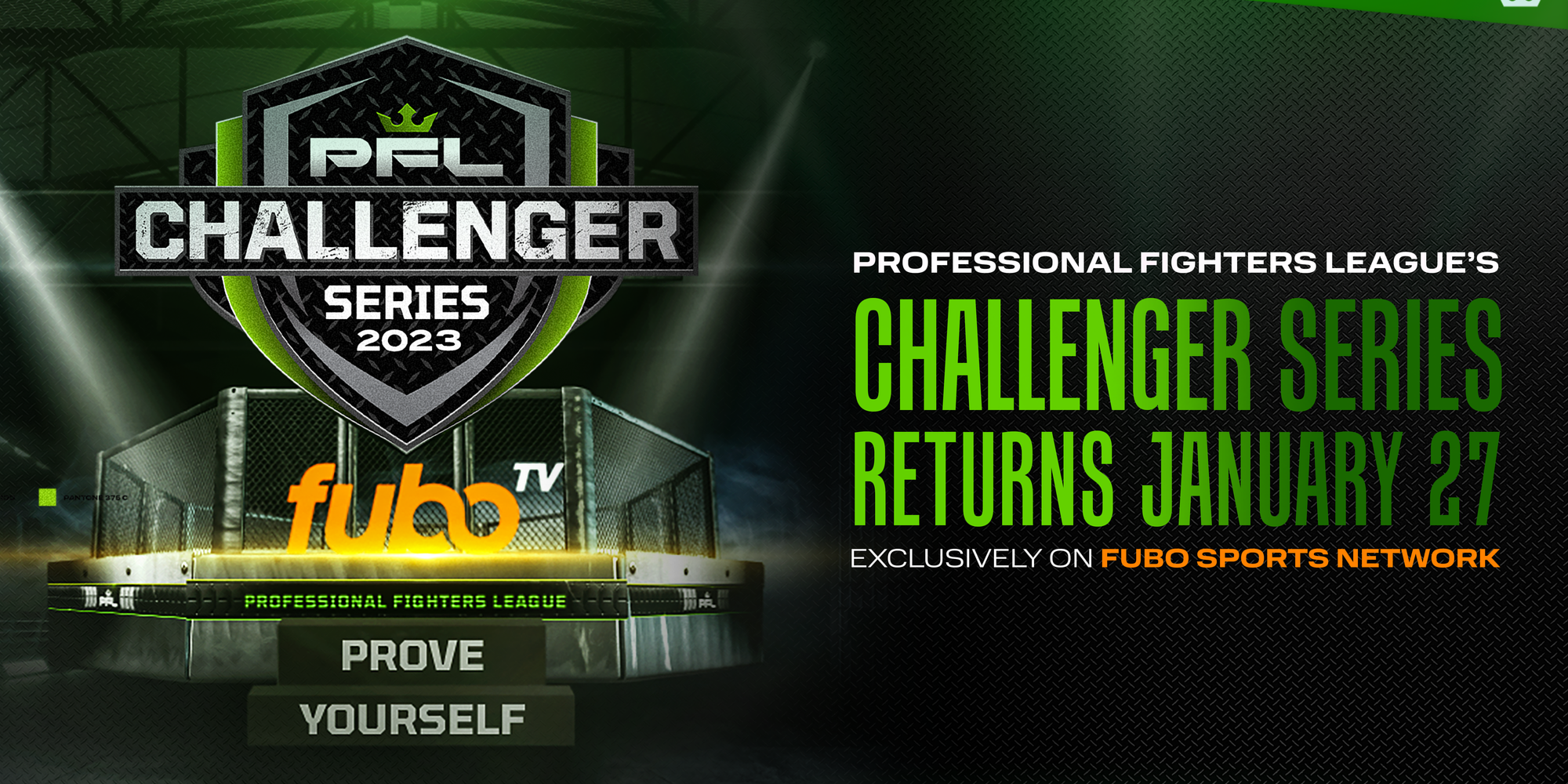 NEW YORK (NOVEMBER 23, 2022) - The Professional Fighters League (PFL), the fastest growing and most innovative sports league, today announced the 2023 PFL Challenger Series will return on January 27 exclusively on Fubo Sports Network, the live, free-to-consumer TV network from FuboTV Inc. (NYSE: FUBO), the leading sports-first live TV streaming platform. The eight-part competition will air live on Friday nights in primetime through March 17, with fighters competing for the opportunity to earn a PFL contract and the potential to compete for a world championship and the $1 million winner’s purse.

PFL contract winners will be determined by a judging panel, comprised of combat sports champions and celebrity guests.

Each week fighters from around the world will compete for a PFL contract that will either put them in the 2023 Regular Season or set them on a development path with the League in hopes of joining a future Season.

“Professional Fighters League is the leader in creating unique, engaging competitions for MMA fans around the world and we’re thrilled to once again partner with FuboTV to be the home of the PFL Challenger Series,” said PFL CEO Peter Murray. “In just one year, Challenger Series established itself as a proving ground for future world title contenders – evident by the emergence of Dilano Taylor who looks to earn a PFL championship and $1 million winner’s purse this Friday night.”

“We’re proud to be the returning home of the PFL Challenger Series and give up and coming fighters an opportunity to get in front of our audience of engaged MMA fans,” said Pamela Duckworth, head of Fubo Networks and originals, FuboTV. “MMA and fight content continue to be wildly popular on Fubo Sports Network, drawing both audiences and sponsors to the network. As the exclusive home of the PFL Challenger series, we’re giving our audience even more of what they’re already craving.”

PFL airs in the U.S on ESPN and ESPN+ and broadcast and streamed worldwide to 160 countries, with partners including Channel 4, DirecTV, RMC Sport, Eurosport, Sky Sports, and more. The PFL roster is world-class, with 25% of PFL fighters independently ranked in the top 25 in the world. The PFL proprietary SmartCage data and analytics platform powers real-time betting and provides next-gen viewing experience.