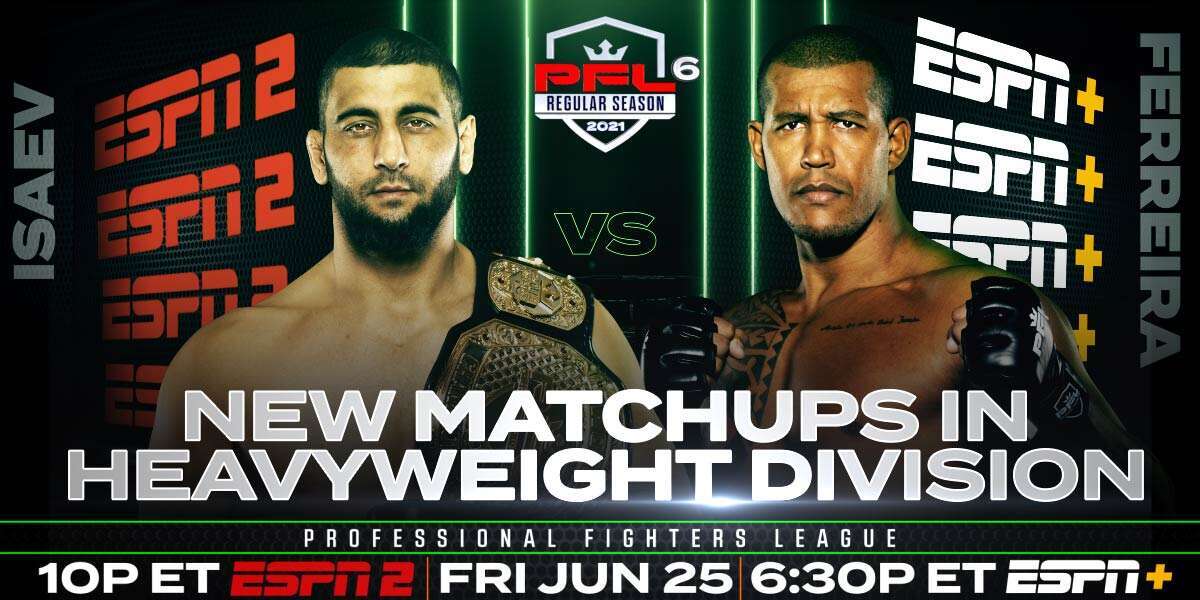 NEW YORK (June 7, 2021) – The Professional Fighters League (PFL), the fastest growing and most innovative sports league, today announced that MMA icon and multiple-time world champion Fabricio Werdum has withdrawn from his scheduled bout with Brandon Sayles at PFL 6 on June 25. The Brazilian legend was not able to get medical clearance to compete. Mohammed Usman, brother of UFC welterweight champion Kamaru Usman, will also miss his second bout of the year due to injury. He was slated to face off with Denis Goltsov.

Werdum looked to have submitted his first round opponent Renan Ferreira after locking up a triangle choke in the first round of their heavyweight tilt. Ferreira, who looked to have tapped out, continued to punch away at Werdum until the referee stepped in, calling it a TKO victory for Ferreira. Werdum immediately began to plead his case for the missed tap. After reviewing all the evidence the New Jersey Athletic Control Board overturned the fight and called it a no-decision. Werdum and Ferreira, according to PFL rules, were both awarded 1 point in the PFL standings.

Usman fought a tough back-and-forth affair with longtime Army Combatives Instructor Brandon Sayles. “The Motor” battled valiantly but came up short when Sayles rendered him unconscious in the second round via rear naked choke.

Goltsov will now match up with Sayles in a battle of heavy hitters. Goltsov is coming off a six-point first round stoppage over Muhammed DeReese that put the 2019 semifinalist in second place heading to the second half of the season. Both men have the chance to secure a top seed with a convincing win at PFL 6.