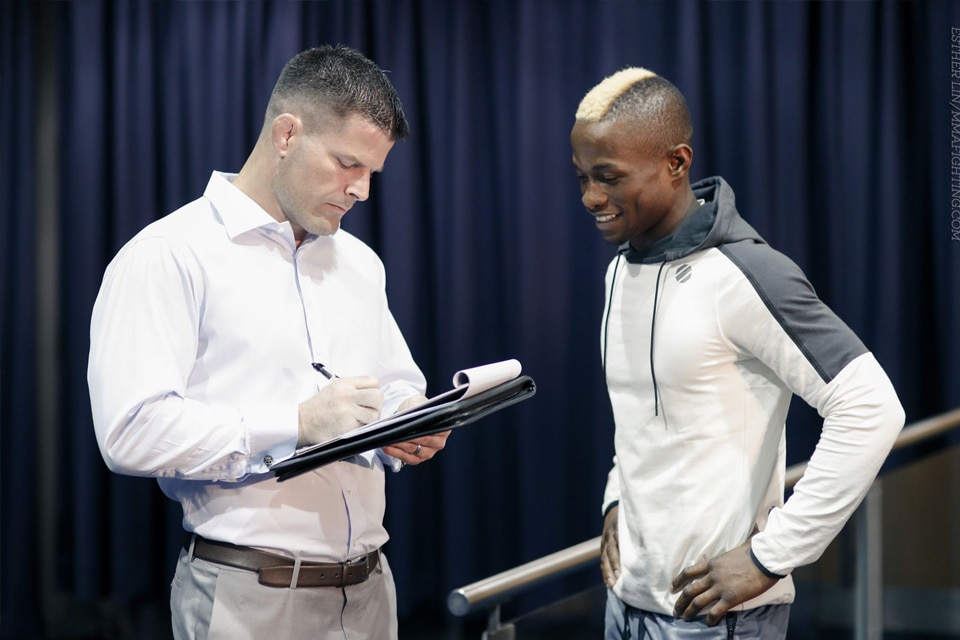 UNIONDALE, N.Y.–(BUSINESS WIRE)–Professional Fighters League (PFL) hosted PFL4 at NYCB LIVE, the home of the Nassau Veterans Memorial Coliseum on Long Island, NY — the home of many passionate mixed martial arts fans. PFL4 was a high-stakes fight night on the road to the playoffs as fighters battled to clinch a spot in the postseason line-up. With a shot at the $10 million prize pool on the line, as combatants looked for early and decisive wins.

“There were definitely some come-from-behind wins tonight”

After controlling his opponent for the first two rounds, Lance Palmer forced Juma Tuerxun to tap after locking in a neck crank at 4:34 of the third round. Palmer’s victory earns him four points on the night leaving him with nine points overall and positioning him well for one of the top seeds in the playoffs.

Andre Harrison turned in a dominating performance in front of the hometown crowd, controlling Nazareno Melagarie all three rounds, earning him a unanimous decision victory. With an additional three points, Harrison clinches a spot in the playoffs as he continues his quest to become the PFL 2018 Champion and earning $1 million dollars.