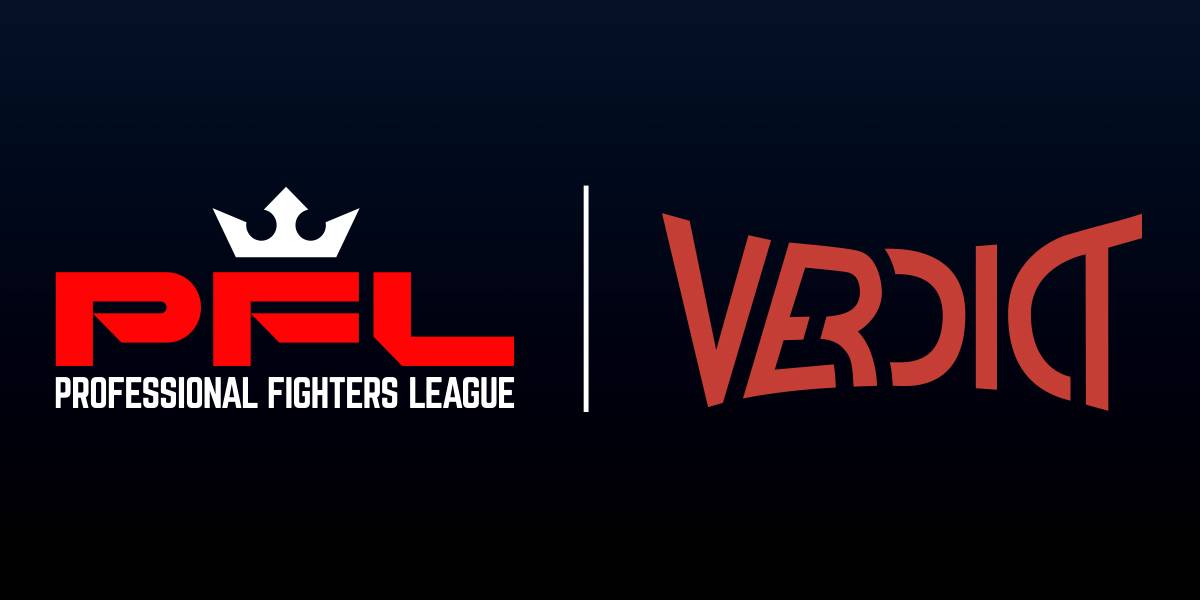 PFL Fans Will Be Able Score Fights In Real Time; Global Scorecard Data
Will Be Integrated Into PFL Broadcast

NEW YORK (March 8, 2021) — The Professional Fighters League (PFL), the fastest growing and most innovative sports league, today announced a partnership with Verdict MMA, the first ever global fight scoring and prediction app. MMA fans will be able to add round-by-round scoring for the main card bouts to be broadcast on ESPN2 throughout the 2021 PFL Season.

The partnership will continue the PFL’s vision of reimagining the sport of MMA by continuing to bring fans closer to the action and to integrate their voice into the television broadcast. Verdict MMA offers the fight community the ability to engage with one another before, during and after bouts by predicting fight outcomes, live scoring of the action and enabling lively post-fight debate.

Verdict MMA has gained a rapid following among fight fans accumulating more than 3.8 million rounds scored and over 5 million fight predictions since inception. The fast-growing company has expanded its user base organically through social media and are excited to be moving from mobile screens to television screens.

“The PFL is excited to be able to integrate Verdict MMA’s industry-leading app into all of our digital platforms as well as our broadcasts,” said PFL Chief Digital Officer, Dan Ghosh-Roy. “This is exciting technology that will allow the millions of MMA fans around the globe to actively participate while consuming PFL content.”

“We’re thrilled to be working with the PFL in 2021,” said Verdict MMA Co-Founder, Mandeep Singh. “This is the perfect partnership as both the PFL and Verdict MMA share the same core values of fan engagement and innovation in MMA. Fans will score fights at home and see the Global Scorecard presented on the PFL broadcast. There’s never been anything done like this in combat sports history. This is as interactive as you can get.”