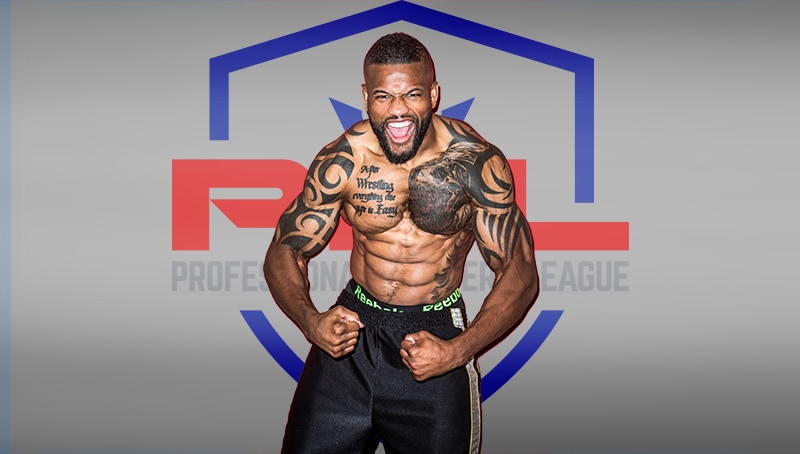 “PFL is the new league for the new era of MMA, the fastest-growing sport in the world,” said Peter Murray, CEO of PFL. “We are confident that our innovative win-and-advance format will excite MMA fans and draw new fans to the sport. We are honored to provide these incredibly skilled athletes the opportunity to compete on a major global stage. Fans will be able to follow their favorite fighters on their season-long journey fighting for the championship crown and their share of the $10 million prize pool.”

The 2018 PFL season will feature 126 fights in seven regular-season events, a bracket-style ”win or go home” playoff, and a $10 million post-season prize pool—the largest tournament prize pool in the history of MMA. The season will begin with 12 athletes in each of six different weight-classes. Eight fighters from each class will earn their way into the playoff round, and one fighter in each division will earn the title of champion.

All competitors will have to win two fights in one evening during the playoff round to advance to the championship event. Six fighters will take home a 2018 PFL championship belt and a $1 million purse.

PFL’s highly-anticipated global roster includes some of the most sought-after fighters in the sport, including a great number of current champions. The 2018 roster is made up of great American fighters in addition to a line-up of the best international fighters.

“The most talented fighters from around the world will proudly fight under the PFL banner,” said Carlos Silva, League President. “In our format, every single punch and every single round matters, as fighters compete for a shot at the PFL championship. We can’t wait to see all the action in the regular season, which stars emerge post-season in October, and who will share in the biggest MMA prize pool ever on New Year’s Eve.”

All of the PFL regular season will air live on Thursday in primetime, as the PFL ushers in “MMA Night in America” on NBC Sports Network. “We are looking forward to the start of the first ever 2018 PFL season on NBCSN,” said Jon Miller, President of NBC Sports. “MMA fans now have regularly scheduled exciting live fights on Thursday nights throughout the summer. The PFL win and advance true sport format will be game-changing for MMA.”

Domestic and international fans will be able to watch all PFL regular season, playoff, and championship fights—over 66 hours of live action—for free, including the biggest event of the year, the PFL Championship. In the United States, NBC Sports Group will establish an exclusive live Thursday night PFL fight franchise, presenting seven regular-season live events in prime time exclusively on NBCSN from the first fight through the end of August. Events televised by NBCSN will also stream on NBCSports.com and the NBC Sports app. All regular season events will have encore telecasts on NBCSN later the same night.

The 2018 PFL season kicks off June 7th at Madison Square Garden. PFL1-7 events of the regular season, playoff events and the championship event are scheduled as follows:

PFL’s 2018 fighter roster is set forth below:

The Professional Fighters League presents MMA for the first time in the sport format where individuals compete in a regular season, “win or go home” post-season, and championship. Co-founded by Donn Davis, Russ Ramsey, and Mark Leschly, the Professional Fighters League is backed by an ownership group of sports, media, and business titans. The PFL 2018 Season has 72 fighters in 6 weight-classes, competing in the regular season on Thursday nights in June, July, and August. The top 8 in each weight-class face off in single elimination playoff fights on Saturday nights in October and the PFL season concludes December 31 with six championship bouts back-to-back with a $10 million prize pool. Watch the entire PFL season action live beginning June 7th live on NBC Sports Network (NBCSN), Facebook Watch, and PFLmma.com. For more visit www.PFLmma.com.