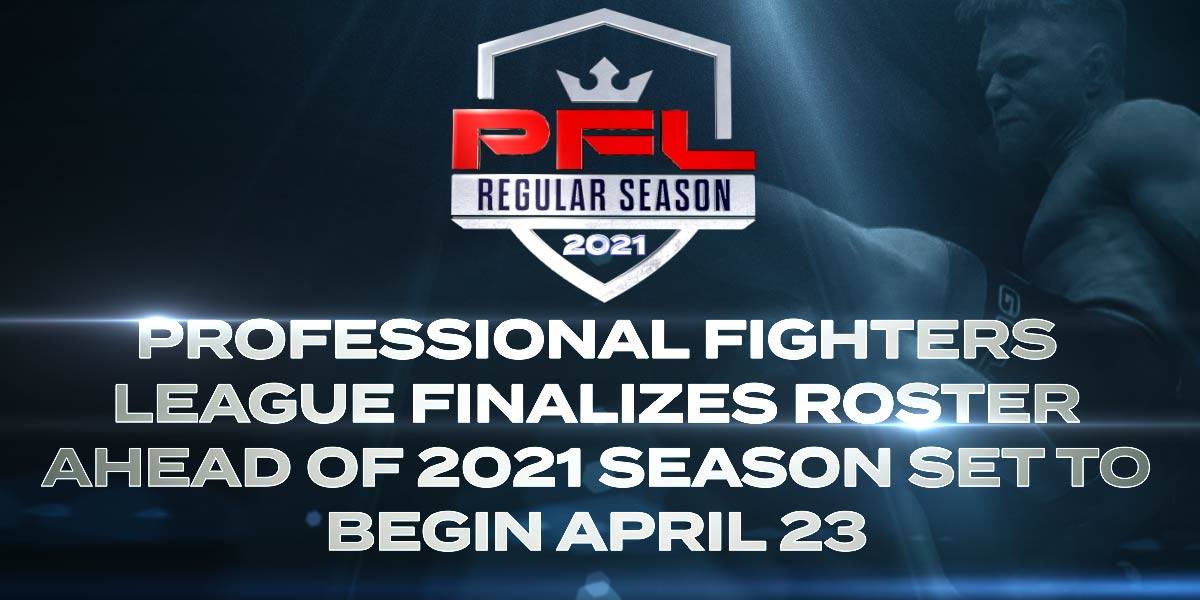 NEW YORK (Feb. 25, 2021) – The Professional Fighters League (PFL), the fastest growing and most innovative sports league, today announced the finalization of its 2021 roster. The additions of welterweights Gleison Tibau, Aleksei Kunchenko and Jason Ponet; featherweights Chris Wade and Anthony Dizy, women’s lightweights Kaitlin Young and Taylor Guardado; and light heavyweight Nick Roehrick, complete the 60 fighter lineup that will be battling for six divisional titles and the million-dollar prize that comes with each.

Tibau and Kunchenko are both UFC veterans who enter the PFL with high expectations, both in the welterweight division. Tibau (35-14) has fought many of the best fighters the sport has ever seen during his 20-plus year career including Khabib Nurmagomedov and Tony Ferguson. Kunchenko (20-2) is a former M-1 world champion who has never been finished in his 22 professional fights.

PFL fans will recognize Wade (17-6, 5-3 in PFL) as a two-time playoff competitor in the lightweight division. He will make the move down to 145-pounds (145 pounds) in hopes of challenging Lance Palmer for divisional supremacy.

A pair of French fighters will also be heading to the PFL cage in 2021. Both Dizy (13-3) and Ponet (20-12-1) bring a wealth of international experience to the organization. The Frenchmen will be the first to compete in the PFL and will help to continue the league’s expansion into rapidly growing European markets.

Young (11-10-1) joins the PFL as a highly respected pioneer of women’s MMA. She burst onto the scene back in 2007 when she one the Hook N Shoot Women’s tournament with three knockouts in one night including a head-kick KO of future UFC champion Miesha Tate. She will be joined in the women’s lightweight division by Taylor (0-1).

Roehrick (9-1) is a well-rounded mixed martial artist who hails from Florida. In his nine wins he has garnered four finishes including two knockouts and two submissions.

“We set out to put a world class roster in place ahead of the 2021 season,” said PFL President of Fighter Operations Ray Sefo. “With all 60 fighters in place, I am proud of the work our team has done in creating a group of elite fighters that represent every corner of the world. I can’t wait to see all of these men and women get down to business when we kick off the season on April 23.”

About Professional Fighters League
The Professional Fighters League (PFL) presents MMA for the first time in the sport-season format where individual fighters control their own destiny, competing in a Regular Season, Playoffs, and Championship for a million-dollar prize. PFL’s differentiated format and exciting fights sparked breakout growth for the league. PFL events are carried live  on ESPN2 and ESPN+ in the United States and distributed to 160 additional countries around the world on premium sports networks.