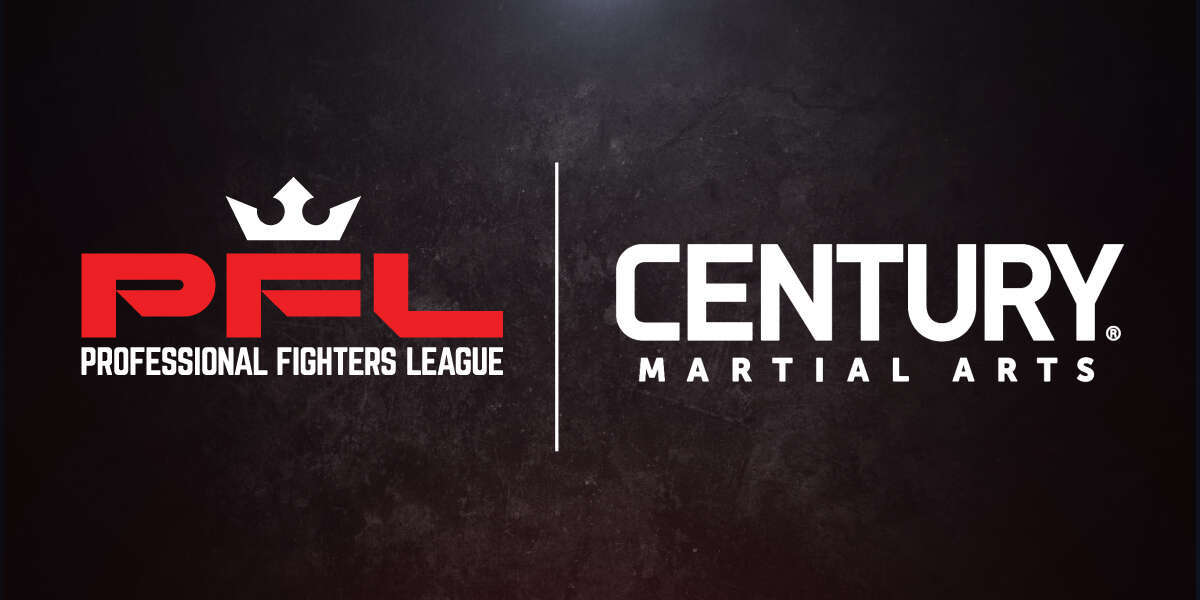 NEW YORK (January 10, 2022) - The Professional Fighters League (PFL), the fastest growing and most innovative sports league, today announced a multi-year partnership with Century Martial Arts, World Leader in Martial Arts, to be the official striking equipment partner of the PFL. The deal kicks off in February with the 2022 PFL Challenger Series, which will be streamed on fubo Sports Network, and spans through December, 2025. Century will supply co-branded PFL fight gloves for use at all PFL events.

“The Professional Fighters League is proud to partner with Century Martial Arts which will debut at our first PFL Challenger Series event in February and streamed exclusively on fubo Sports Network,” said PFL CRO Jon Tuck. “On the heels of a successful year for the PFL, we look forward to continuing the momentum and lift the sport of MMA to new heights in 2022.”

“As a company of martial artists, we see the transformative power of martial arts first-hand. We are deeply committed to the growth of the industry,” says Century Founder and CEO L. Michael Dillard. “Growth begins with supporting the gyms, coaches, athletes, and promotions who help dreams become a reality. We are excited to bring our martial arts heritage and innovation to the PFL with the integration of their fight metric devices into the fight gloves.

In 2021 PFL concluded a successful third season as six fighters earned world championships and $1 million each in prize money at the PFL World Championship, MMA’s biggest night, on October 27. The league has seen 100 percent audience growth in 2021 and added leading brands to its blue-chip sponsorship portfolio, with more world-class talent and events coming to MMA fans across the globe this year

Professional Fighters League is the No. 2 MMA company globally and features an elite talent roster with 25 percent of its fighters independently ranked in the top-25 of the world, including 2021 PFL champions Kayla Harrison, Ray Cooper III and Movlid Khaybulaev. With live event coverage in 160 countries on leading distribution platforms, a portfolio of blue-chip brand partners, and backing from major institutional and high-profile individual investors, PFL is accelerating its global expansion to deliver a unique, innovative product to the more than 600 million MMA fans globally.

PFL is primetime in the U.S on ESPN and ESPN+ and was broadcast and streamed live worldwide last year to 160 countries with partners including RMC Sport, FPT, Globo, Sky Sport, Eleven Sport, and more. The PFL roster is world-class, with 25% of PFL fighters independently ranked in the top 25 in the world. The PFL proprietary SmartCage data and analytics platform powers real-time betting and provides next-gen viewing experience.

About Century MMA
Founded in 1976, Century Martial Arts is headquartered in Oklahoma City, Oklahoma, USA, where it hosts its manufacturing and distribution facility to support martial artists around the globe. As a manufacturer and distributor of thousands of unique items to serve martial arts school owners, instructors and enthusiasts, Century is most well-known for its authenticity and innovative martial arts roots; the likes of which have developed striking equipment to support the modern combat and fitness athlete – products like the iconic Body Opponent Bag “BOB”, Wavemaster freestanding punching bags, and the Versys line of training bags. Century’s commitment to the industry can be further seen in their continued investment in their wholly-owned subsidiary companies BlackBelt Magazine, Martial Arts Industry Association (MAIA) and Gameness Sports.