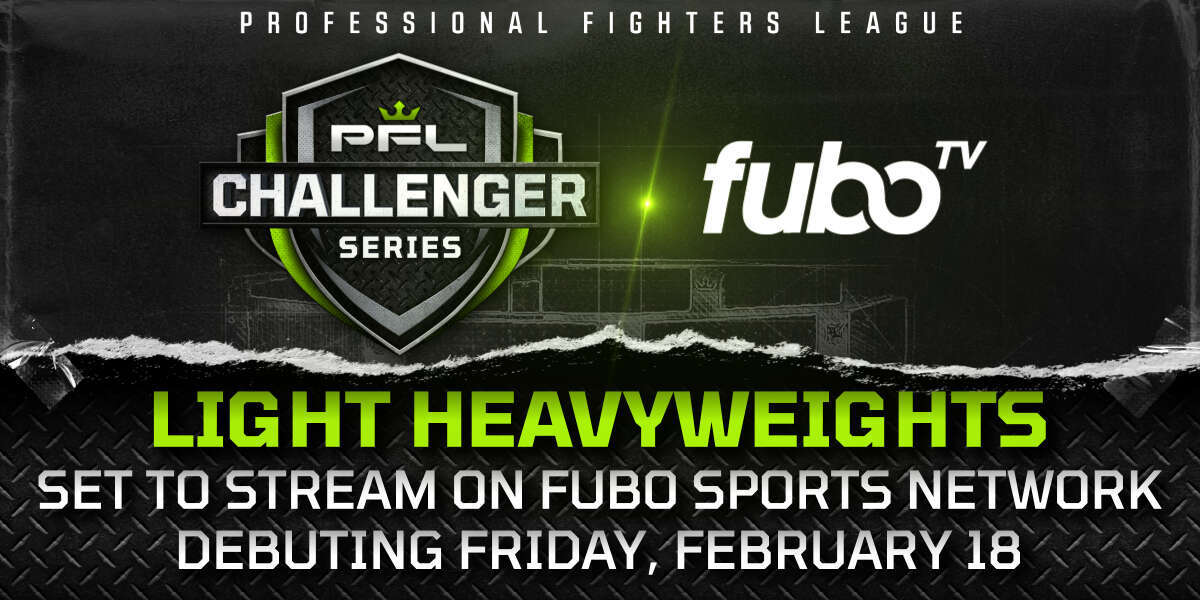 The Professional Fighters League (PFL), the fastest growing and most innovative sports league, is set for the inaugural PFL Challenger Series. The slate of eight events will be held at Universal Studios in Orlando, FL beginning this Friday, February 18 and airing exclusively on Fubo Sports Network, the live TV network from sports-first live TV streaming platform fuboTV Inc. (NYSE: FUBO).

The Challenger Series will kick off with the light heavyweight division which features Josh Silveira, a two-division champion from the LFA and one of the brightest prospects in the sport. Silveira was born and bred to be an elite fighter by his father, MMA pioneer Conan Silveira, a founding member of the prestigious American Top Team. He was a Division I wrestler at Arizona State and has made a seamless transition to the fight game, racking up seven wins in seven starts. He will now look to take the first step towards a major MMA championship as he hopes to earn a PFL contract with his performance this Friday.

Standing in his way will be heavy-handed brawler Mohamed Juma. The South Sudanese striker has a 100-percent finishing rate in his wins and sports an impressive 8-2 record as a professional. This will be Juma’s North American debut and he will be looking to earn a shot of his own at the 2022 PFL Season.

Germany’s Alexander Poppeck (12-3) will square off with Californian Taylor Johnson (7-3), Travis Davis (10-5) out of Ohio will duel with Brazil’s Bruce Souto (14-3) and Florida-based Miles Amos (5-2) will battle Karl Williams (3-1) out of the Virgin Islands.

Beyond the fights, confirmed in-studio panelists for the first event include NFL Hall of Famer Ray Lewis and former MMA world champion Tyron Woodley. Fans will also have their voice heard, with an unprecedented voting feature to highlight who they believe should get that week’s contract.

Viewers watching the PFL Challenger Series can also interact with the light heavyweight live competitions through fuboTV’s popular predictive, free-to-play games to earn points and compete for a cash prize. During the bouts, fans can answer predictive questions about the action all on one screen using their remote control. Fubo Sportsbook, now live in Iowa and Arizona, is also the exclusive gambling sponsor of the PFL Challenger Series.