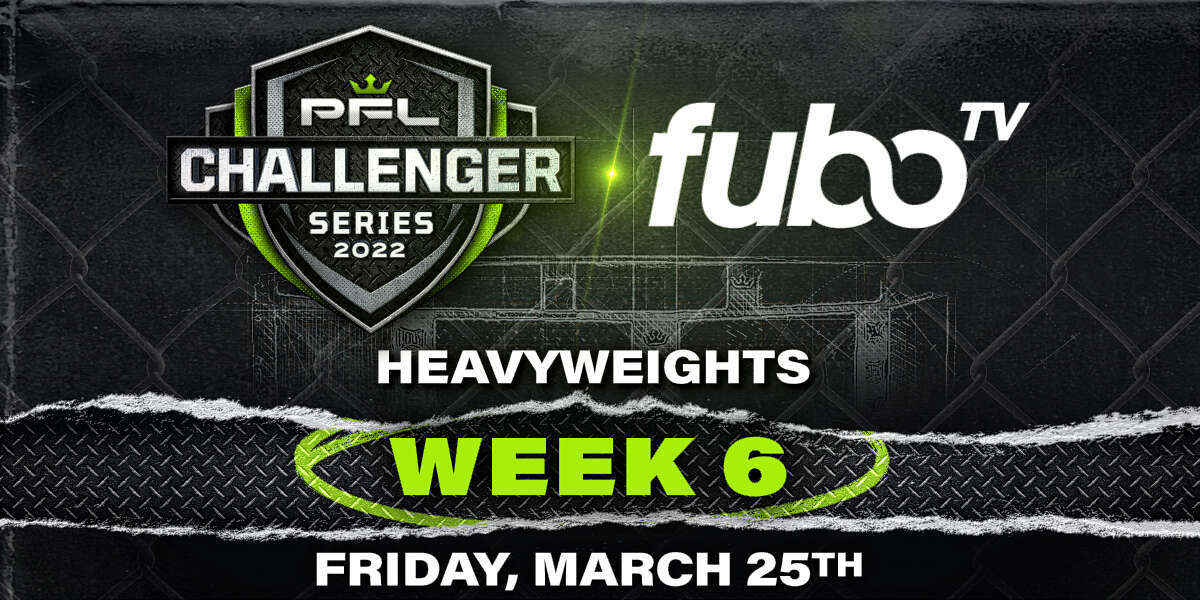 “The PFL continues to innovate and seek the best talent in the world.” said Ray Sefo, President of Fighter Operations of PFL.“ I cannot wait for the heavyweight to take to the cage and see if they have what it takes to join the deepest, most talented roster in all of MMA.”

The last time MMA fans saw Bevon Lewis in the cage he was 185-pounds with promise. He will return to action as a heavyweight. Lewis (7-3) will make his divisional debut against the talented Marcelo Nunes. Nunes (7-1) is a BJJ champion who has finished all seven of his victories, five of them coming by way of submission.

Giacomo Lemos is considered the top Brazilian heavyweight prospect and he will be looking to prove it when he steps into the Challenger Series. Lemos (7-0), is a finisher who has not yet heard a final bell, stopping all seven of his wins inside the distance. He will face LFA 2019 heavyweight tournament champion Brett Martin. A Michigan-native, Martin (10-1) comes to the PFL on a six-fight win streak and will be looking to stake his claim to a 2022 Season roster spot.

Adam Keresh is an undefeated heavyweight out of Israel who has proven to be a knockout machine. Keresh (4-0) has finished all of his opponents via strikes with three of those going down in the first round. His opponent will be Chad Johnson who also sports a 100-percent finishing rate. Johnson (6-3) has big time power and will be looking for another KO in hopes of securing a PFL contract.

The final bout at heavyweight will feature a pair of former football players. In his time at Temple University, Daiqwon Buckley was a bruising fullback, he’ll look to continue to bruise his opponents as he makes the transition to MMA full time. Buckley (1-0) is coming off a victory in his pro debut over former NBA first rounder Royce White. He’ll be facing former Atlanta Falcons defensive lineman Jon Cunningham who is coming off a victory in his professional debut as well. Cunningham (1-0) trains out of the legendary Jackson-Wink camp in Albuquerque, New Mexico.

Viewers watching the PFL Challenger Series can also interact with the heavyweight live competitions through fuboTV’s popular predictive, free-to-play games to earn points and compete for a cash prize. During the bouts, fans can answer predictive questions about the action all on one screen using their remote control. Fubo Sportsbook, now live in Iowa and Arizona, is also the exclusive gambling sponsor of the PFL Challenger Series.