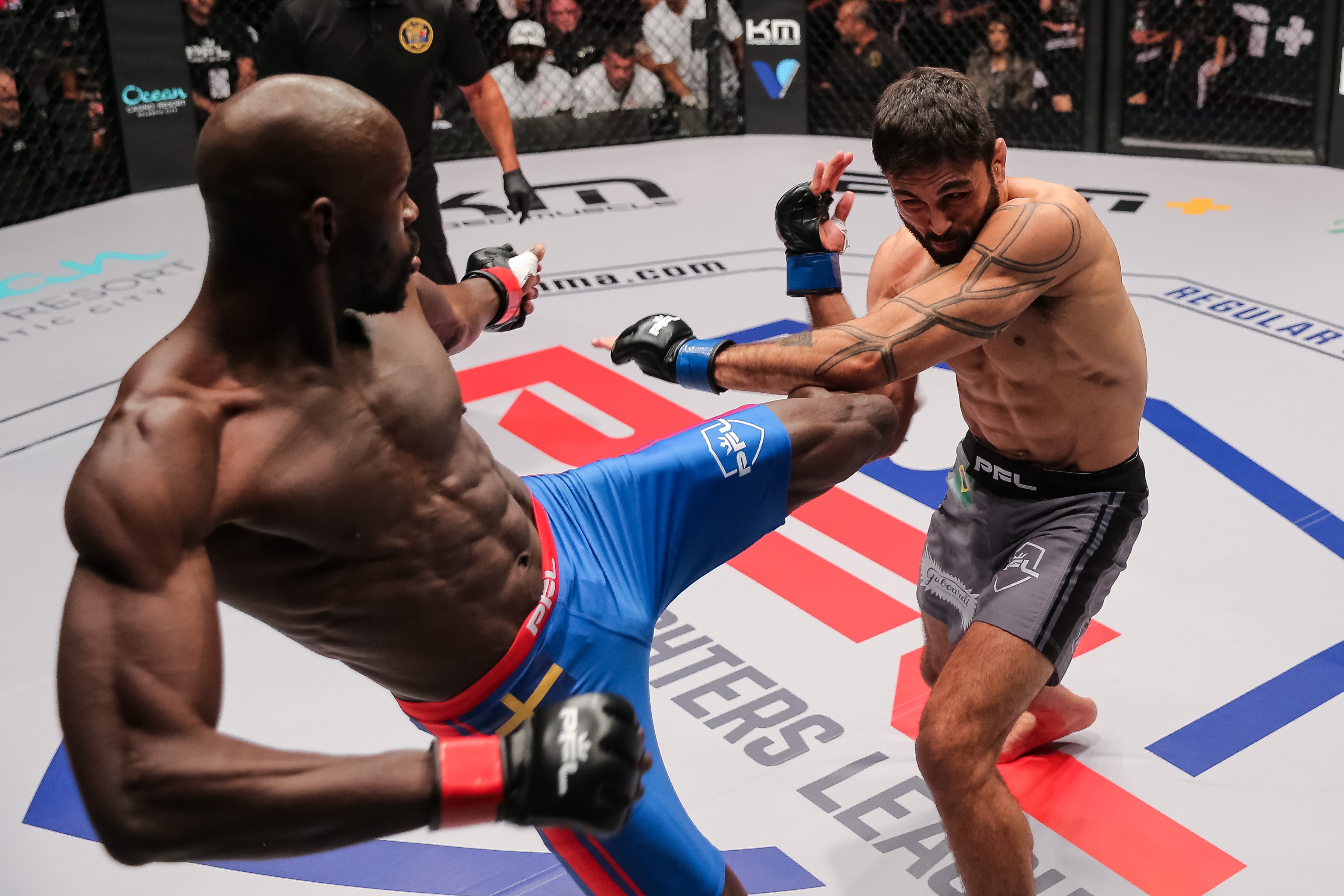 The PFL 2019 playoffs kick off this month with events being held in the fight capital of the world. The 2018 breakthrough star for the PFL, Cooper has had a mixed results so far through the sophomore season. The Hawaiian fighter ran through his distant cousin, Zane Kamaka in his first regular season bout and showed why he entered the season as one of the favorites. His hype train ran off the track after his second regular season bout, as he was knocked out by longtime veteran John Howard. Cooper comes into the playoffs as the sixth seed and is not viewed with as much excitement as he was a year ago. The 2018 finalist is still an explosive athlete with some big power in his hands.

The knockout artist is also a four-time Hawaiian state champion wrestler who can take the fight to the canvas and dispatch some devastating ground-and-pound. Like Cooper, Sy went 1-1 in the regular season. The former middleweight crushed David Michaud with a powerful kick to the body, ending the fight in just 17 seconds. He then had a back-and-forth contest against Glaico Franca but dropped a decision after being outgrappled by the Brazilian. The Swedish fighter is an enormous welterweight who stands 6-foot-3 and has an 80-inch reach. He is a decorated kickboxer and likely the deadliest striker in the welterweight field. The European fighter does well at picking his opponents apart from distance with his long limbs and can end the fight with one single flashy blow, especially spinning attacks. Sy will have to shore up his weak takedown defense, but if he finds a way to do so, he has the standup skills to win the $1 million prize. The winner of the bout has a strong chance at becoming the 2019 welterweight champion.