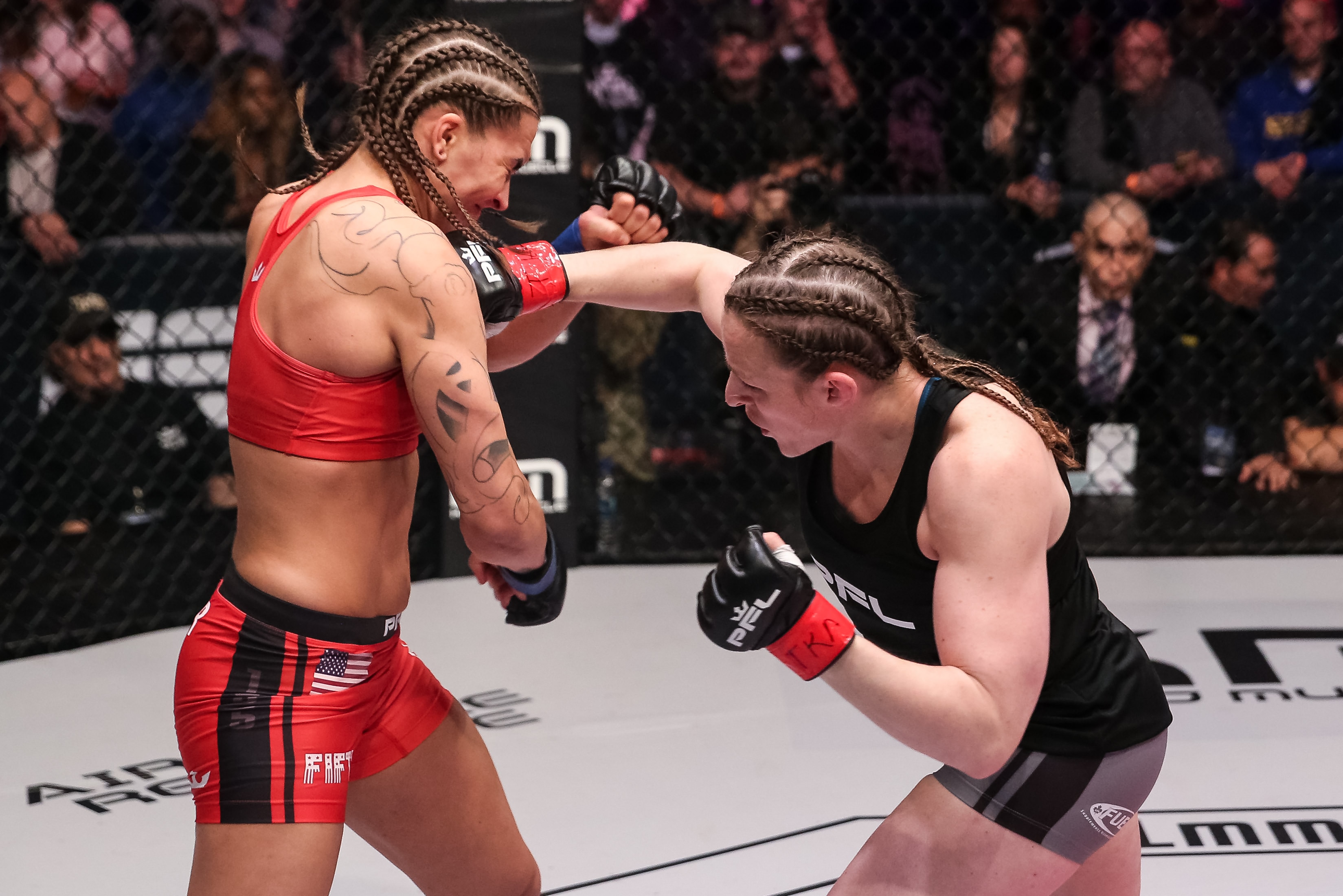 This Friday night, the Professional Fighters League (PFL), the first organization ever to present MMA through a Regular Season, Playoffs and Championship format, is bringing its electrifying fight twice in one-night playoff format to the Mandalay Bay Events Center in Las Vegas. PFL women’s lightweights Kayla Harrison and Sarah Kaufman are in action, while returning welterweight champion Magomed Magomedkerimov aims to fight his way through a stacked bracket. Winners will advance to the 2019 PFL World Championship on NYE in NYC, where a title and million-dollar prize is on the line.

The 2019 PFL Playoffs begin at 8:00 p.m. ET on ESPN+, then the action continues on ESPN2 and in Spanish on ESPN Deportes at 10:00 p.m. ET. The PFL will again integrate its SmartCage technology into the broadcast experience, delivering dynamic, real-time fighter performance data and analytics that brings fans inside the cage like never before.

On ESPN2, 2X Olympic judo gold medalistKayla Harrison returns to the cage againstNew Zealand’sGenah Fabianlooking to keep her perfect 5-0 record intact. A dominating first-round submission victory over U.S. Army veteran Morgan Frier at PFL 4 locked in the #2 seed for Harrison, while Fabian’s clutch first-round TKO ofMoriel Charneski clinched a playoff spot. Atop the division is former Strikeforce and Invicta FC Bantamweight champion Sarah Kaufman, the most experienced fighter in the division. The #1 seed facesLarissa Pacheco, who earned a spot in the playoffs with afirst-round submission win against Bobbi Jo Dalziel at PFL 4

Welterweight quarterfinals and semifinals take place on the same night.

2018 PFL welterweight champion and current #2 seed,Magomed Magomedkerimov, opens his 2019 playoff campaign with a rematch againstChris Curtis. At PFL 4, Magomedkerimov earned a unanimous decision victory, battling through a broken hand to remain undefeated in his PFL career. Magomedkerimov has won 10 straight, including a second-round submission of Ray Cooper III in the 2018 championship fight.Ray Coopertakes onSadibou Syin the #3 vs. #6 quarterfinal, with the possibility of a championship rematch in the balance.

Boston-nativeJohn Howardis coming off an explosive regular season win where he became the first fighter to ever knock out Ray Cooper III. At 36 years old, Howard has the most career wins in the division with 28 and looks to continue against his opponentDavid Michaud. Michaud enters the playoffs on the heels of a first round TKO win overHandesson Ferreira. BrazilianGlaico Francaclinched the #1 seed in his first season with the PFL with a TKO win over Sy at PFL 4, and will face #8 seed Andre Fialho.

Calling the live action for the PFL Playoffs will be play-by-play announcer and 2018 PFL Light Heavyweight champion, Sean O’Connell. Alongside O’Connell serving as color analysts will be UFC Hall-of-Famer, Randy “The Natural” Couture, and former UFC Lightweight, Yves Edwards. Caroline Pearce will host the nights action, and former WWE Ring Announcer Lilian Garcia will introduce fighters to the cage as the In-Cage Announcer of the PFL.

MMA fans can sign up for ESPN+ at www.espnplus.comor through the ESPN App.