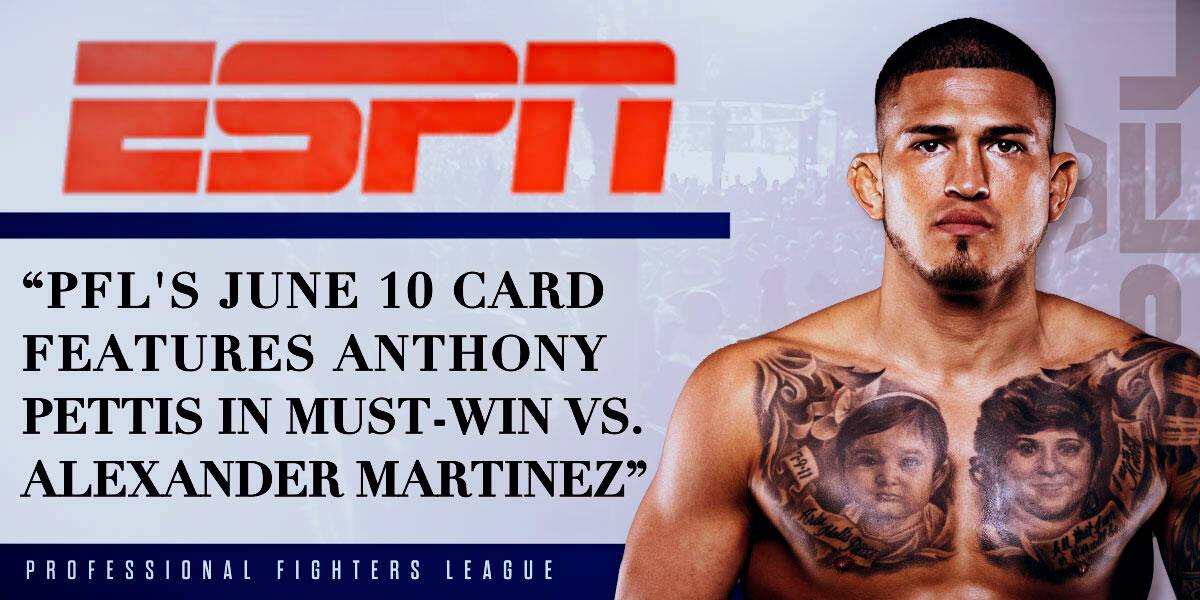 The PFL's prized signee and both of its two-time champions will have their work cut out for them when the season resumes on June 10 in Atlantic City, New Jersey.

The promotion announced on Thursday that former UFC lightweight champion Anthony Pettis (24-11), who lost his PFL debut last month by unanimous decision, will have to get past an undefeated opponent in order to make the playoffs. Alexander Martinez (8-0) is among four lightweights who won their season openers by decision on April 23 to earn 3 points.

With just the top four fighters in each division's standings after the two-fight regular season advancing to the playoffs, Pettis (0 points) could use an early finish and the bonus points that would come with it.