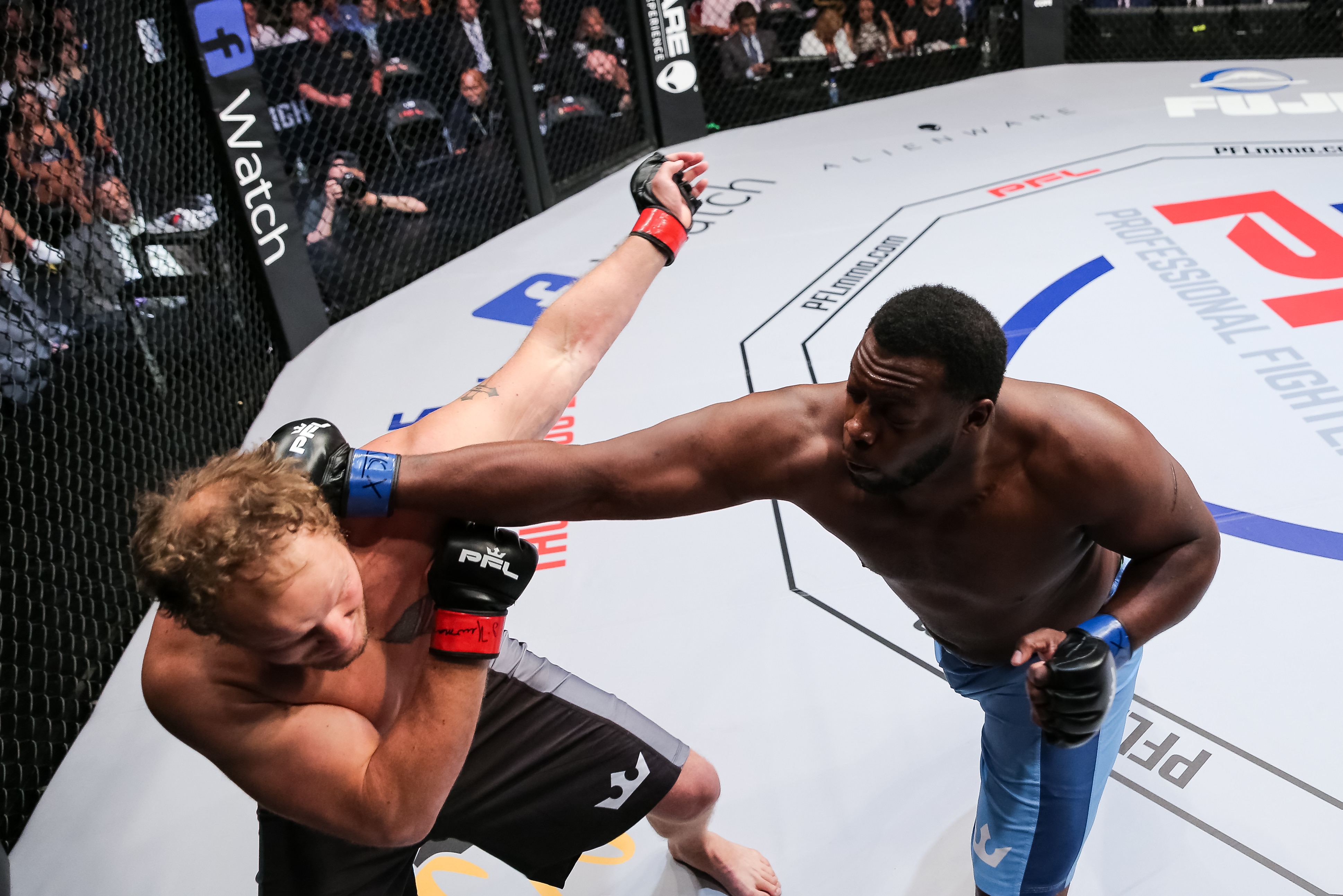 “The enthusiasm for what we are building at the Professional Fighters League is contagious,” said Ramsey. “In John and David, we’re getting two giants in their fields who are true believers in our vision to bring the proven success and transparency of a league format to mixed martial arts.  With their help, and our existing talent both working behind desks and fighting in the decagon, 2018 will be the beginning of a movement that reimagines the sport of MMA.”

Ramsey continued, “The timing of today’s announcement is particularly special for David, who on Saturday will receive the Pete Rozelle Radio-TV Award from the Pro Football Hall of Fame. Joining the likes of Roone Arledge and other sports broadcasting legends, David’s selection for this prestigious honor speaks not only to his profound impact on the NFL, but the deep respect the entire sports universe has for his talents and expertise. Together with John, whose years at the helm of a world-class brand in National Geographic have made him one of the most respected names in media, I am excited for what we will accomplish together.”

Hill is the President of Hilly, Inc., an independent production company he launched in 2015 after spending 22 years with FOX. Hill joined FOX in 1993 as the first president of the network’s fledgling sports division, getting the NFL on FOX on-air in just eight months. During his more than two decades leading FOX Sports, he is credited with a number of landmark television innovations, including the now ubiquitous on-screen score and time graphic as well as the yellow first down line. While maintaining his sports responsibilities Hill also served as chairman of the FOX Network from 1996 to 1999 where he greatly improved prime-time program development and performance. After his stint leading the Network, Hill served as Chairman of FOX Sports Media Group, Chairman of National Geographic Channel, Senior Executive Vice President at 21st Century Fox and was an Executive Producer of American Idol. At Hilly, Inc., he produced the Tmall Double 11 Gala - a major Chinese TV event - for Alibaba and produced the 88th Academy Awards in 2016. Hill is on the advisory boards of the space exploration company Planetary Resources, the Association of Tennis Professionals, Southern California Public Radio and INVIVO Media Group.

On Saturday August 5, Hill will become the 29th recipient of the Pete Rozelle Radio-TV Award presented by the Pro Football Hall of Fame for “longtime exceptional contributions to radio and television in professional football.” He is the first executive to win the award since Roone Arledge, of whom Hill is a great admirer, in 2001.

“Finding innovative and compelling ways to bring live events into people’s homes has been my life’s work,” said Hill. “Today’s MMA fans are more digitally savvy and desire a more socially engaged and data-rich experience than currently exists, which is why I’m so energized by the Professional Fighters League’s vision. I’m also thrilled to work with my former colleague George Greenberg to bring a more contemporary experience to MMA fans everywhere.”

Fahey serves as Chairman of Time Inc. In 2014, he was appointed by President Obama to a six-year term as a member of the Smithsonian Board of Regents, the governing body behind the Smithsonian Institutie.  Fahey is the former Chairman of National Geographic Society and served prior to that as National Geographic Chief Executive Officer from March 1998 to December 2013 building the important and storied brand into a sustainable business.  During his tenure as President and CEO, Fahey led National Geographic’s entry into cable television, enormously expanded its magazine, and extended the organization’s content into digital media. Because of his vision and leadership, National Georgraphic is currently availbale in more than 440 million homes in 171 coutries and in 48 languages and exists in all aspects of digital media. Prior to joining National Geographic, he was Chairman, President and Chief Executive Officer of Time Life Inc, and before that, worked for Home Box Office (HBO) where he played a critical role in the creation of CINEMAX.

On joining the council, Fahey said: “Over my career I have loved building multi-platform media companies, which deliver unique content to audiences in new and innovative ways.  That’s exactly what the team at PFL is committed to doing, and I’m excited to join them on this journey.”