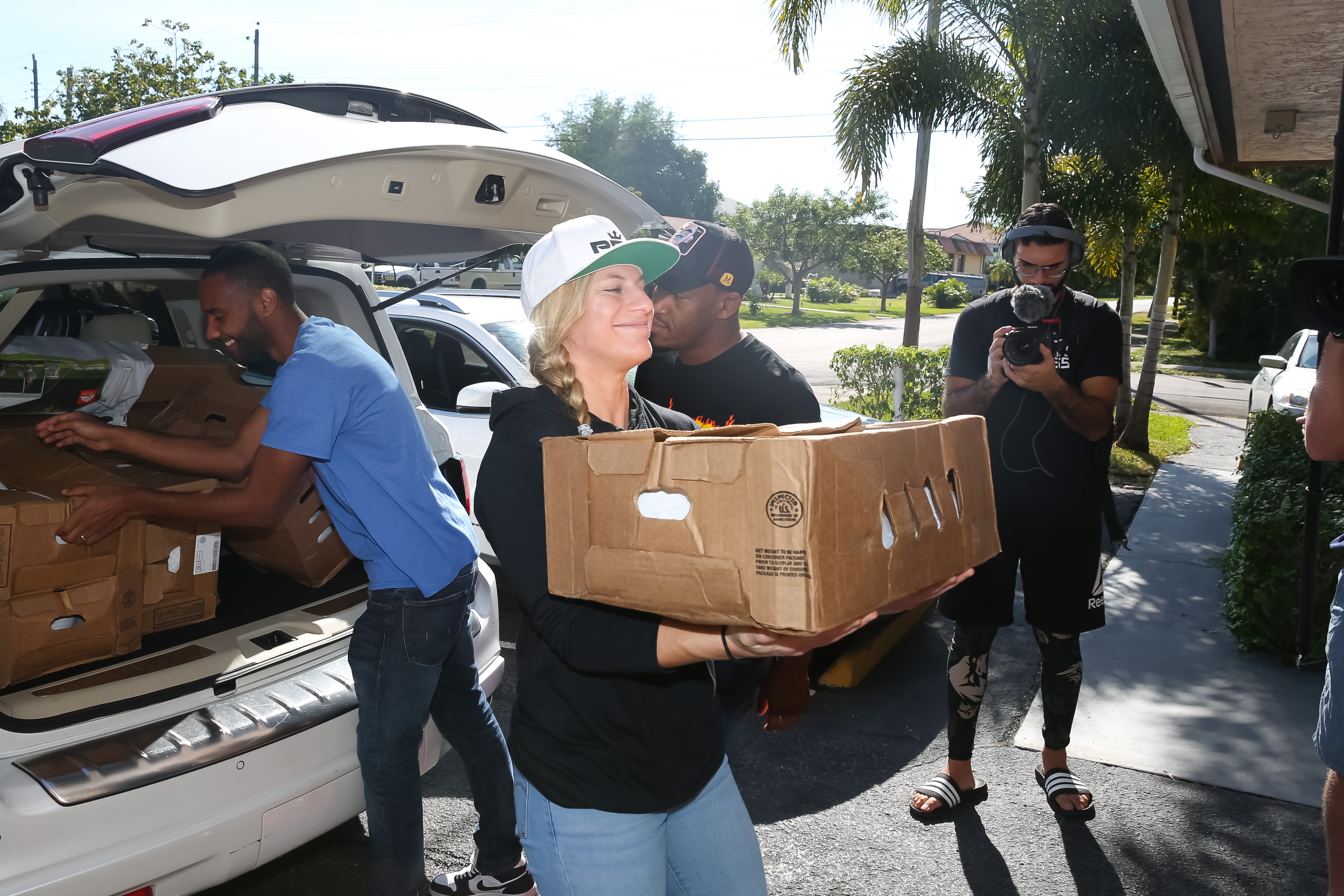 This afternoon,Professional Fighters League (PFL) partnered with American Top Team to provide Thanksgiving turkeys to individuals and families in need under its“PFL Fights for Community” platform.

PFL CEO Peter Murray, 2X Olympic Gold Medalist and undefeated PFL women’s lightweight Kayla Harrison and PFL lightweight champion Natan Schulte were joined by ATT staff and fighters (Sidney Outlaw and John Eblen) in an effort to give back to the South Florida community and ensure those in need of assistance ahead of the holiday, received it.

“On the steps to the PFL cage is the question, ‘What do you Fight For?’ Our elite athletes fight for honor, respect and family. At the PFL, we all fight for our community,” said Peter Murray, CEO of the PFL. “American Top Team is home to elite MMA fighters, including several of our own such as Kayla Harrison and Natan Schulte. Kayla and Natan are preparing for their championship fights on New Year’s Eve at Madison Square Garden where they’ll have a shot at a title and million dollar prize, but took time out of their busy schedules to give back, and that’s what’s important, especially during the holiday season. As an organization, we place an emphasis on getting out, making a difference and bringing the fight to the community each and every day.”

On Wednesday morning, PFL distributed turkeys at ATT before delivering additional turkeys to Gateway Community Outreach, an organization committed to preventing homelessness and restoring self-sufficiency through food donations, job placement, credit counseling and more. Through the “PFL Fights for Community” platform, the league has partnered with a wide range of charitable organizations including the Atlantic City Rescue mission during this season’s second half, and Randy Couture’s GI Foundation during the PFL playoffs in Las Vegas.

The 2019 PFL World Championship takes place on NYE at Madison Square Garden in New York City at 7:00pm ET on ESPN2. Kayla Harrison faces Larissa Pacheco for the first-ever women’s lightweight title and Natan Schulte faces Loik Radzhabov as he looks to repeat as lightweight champion. The ball doesn’t drop until six titles are raised and six millionaires made. The full fight card can be found here.