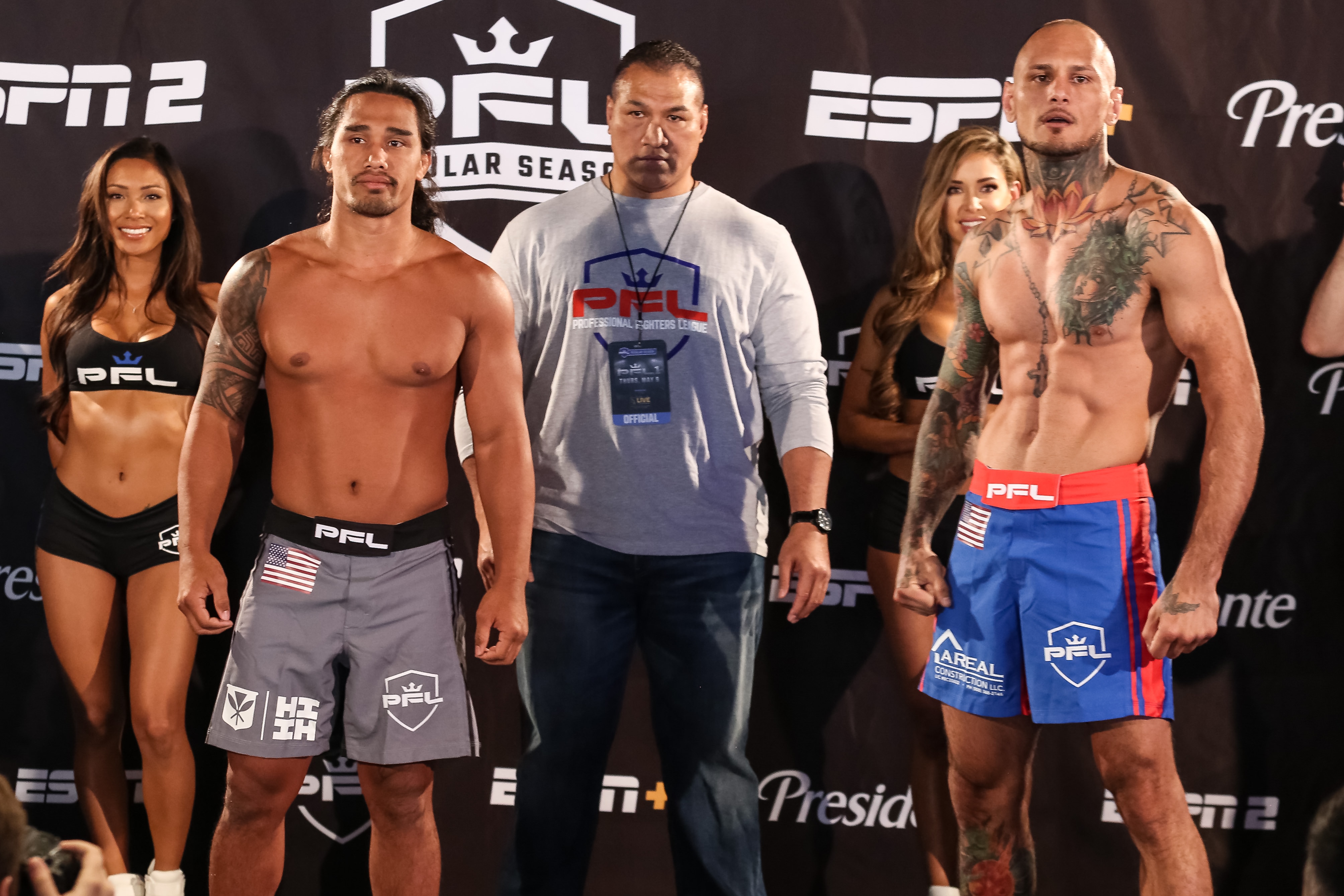 Today, Zane Kamaka failed to make weight for his PFL1 bout against his cousin and rival Ray Cooper III. Both fighters were scheduled to fight at 170-pounds in the welterweight division. Kamaka tipped the scales at 172.8 pounds, 1.8 pounds over the welterweight limit when factoring in the one-pound allowance authorized by the New York State Athletic Commission.

The NYSAC has given the green light and the PFL has decided the bout will still be contested tomorrow night. Both fighters wanted to compete and they will kick off their 2019 campaigns as scheduled.

The League has determined that Ray Cooper III will be awarded three points towards securing a position in the 2019 PFL Playoffs. He will also have the chance to add to his point total by finishing Kamaka before the final bell.

Kamaka will be allowed to compete for both pride and purse but he will not be able to earn any valuable points towards punching his ticket to the playoff round. The bitter rivals will still have a lot on the line as they take to the PFL cage to settle a long-running score.

The family feud is still on!