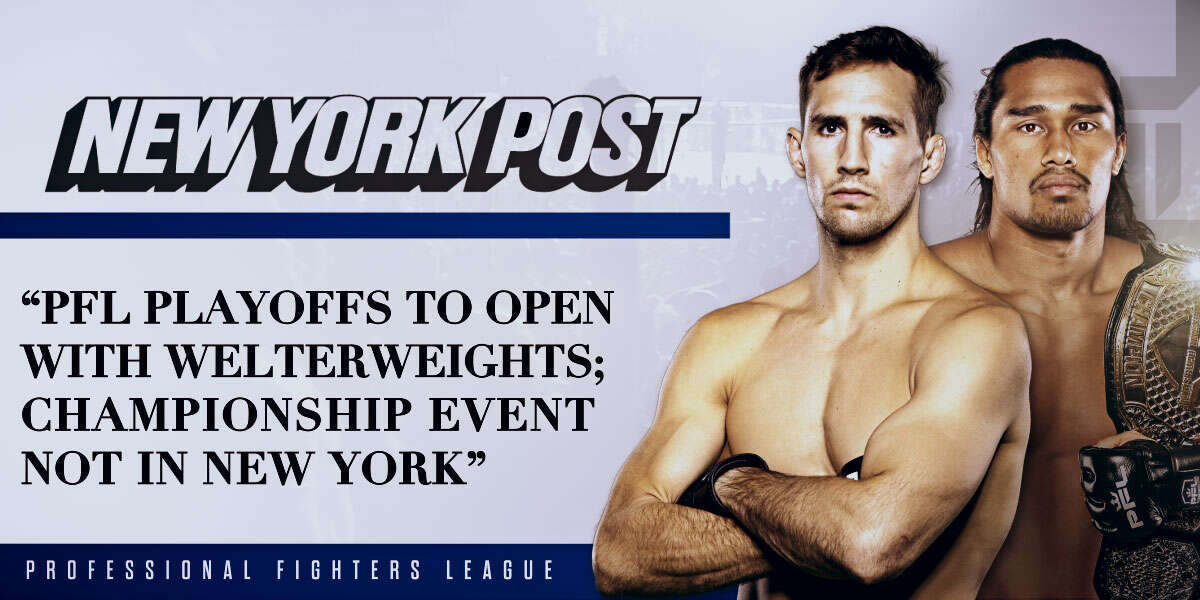 PFL playoffs to open with welterweights; championship event not in New York

Professional Fighters League is less than a month away from opening the 2021 playoffs.

And when PFL does return on Aug. 13 at Seminole Hard Rock Hotel & Casino Hollywood in Hollywood, Fla., it will be with the centerpiece welterweight semifinals in the mix.

PFL CEO Peter Murray confirmed to The Post on Wednesday that the two 170-pound semifinal bouts, Joao Zeferino vs. Magomed Magomedkerimov and Rory MacDonald vs. Ray Cooper III, will be featured on the event.

The latter matchup features PFL’s top remaining marquee new addition for 2021 (former Bellator champion MacDonald) against the most recent PFL champion in 2019 (Cooper). MacDonald essentially punched his ticket with an opening submission win over Millender, making a highly-contested decision loss to Gleison Tibau moot. Cooper submitted Ponet in his first season bout and followed that with a decision over Nikolay Aleksakhin.

“Fans are going to get a championship[-level] fight as we kick off the playoffs on Friday the 13th on ESPN with the PFL playoffs.“ said Murray of the MacDonald-Cooper matchup. “… Rory is very determined to be in that championship and have a shot at that belt. This is gonna be an incredible fight. Two very different fighters, so we’re very excited for that matchup.”