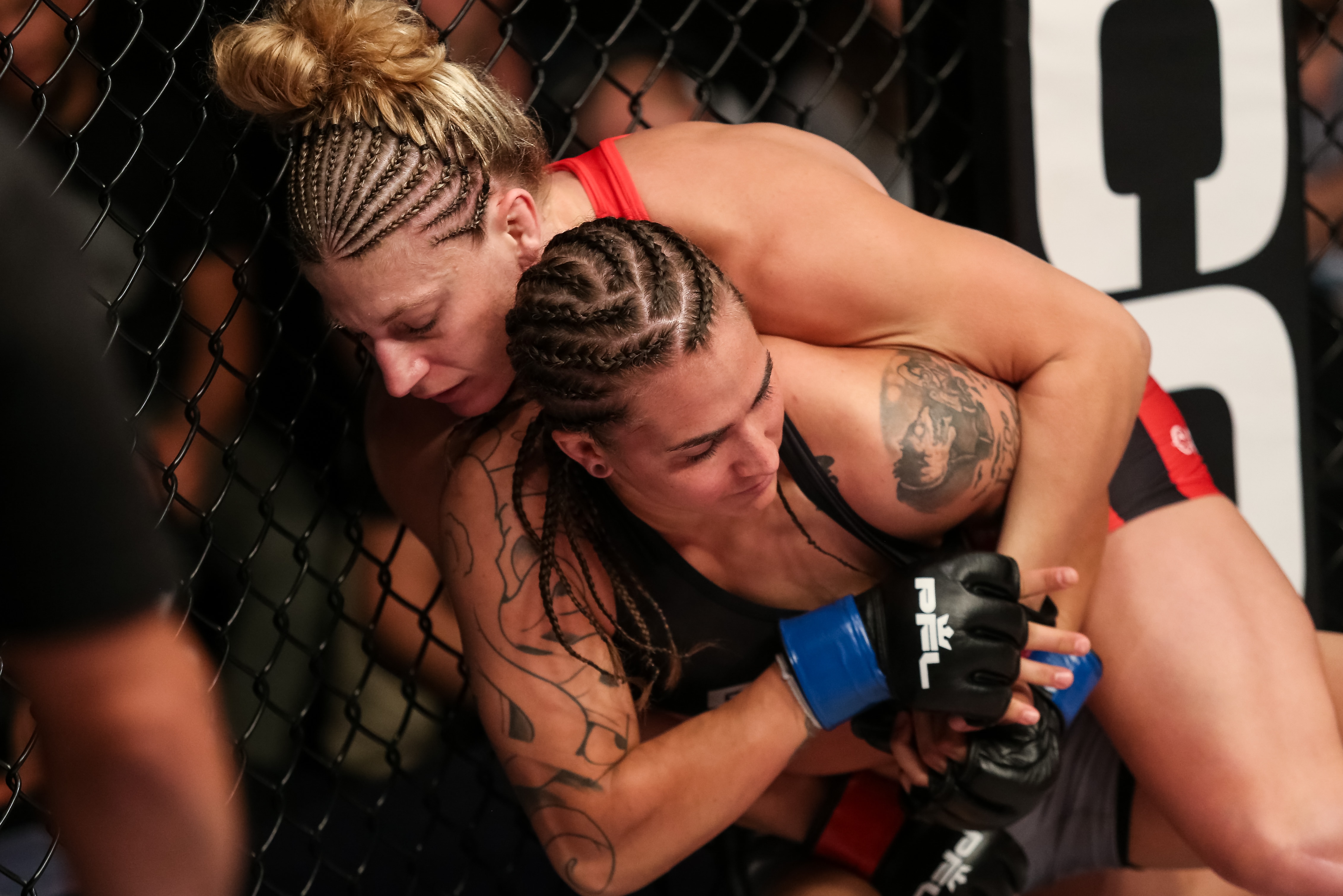 The Professional Fighters League's version of March Madness takes place in October, and it is already percolating. A third of the promotion's 2019 playoff bracket is set.

On Thursday, the welterweight and women's lightweight divisions wrapped up their regular seasons. The top eight welterweights and top four lightweights are heading to the postseason, which begins Oct. 11 in Las Vegas. The men will fight two-round quarterfinal fights, followed by three-round semis the same night. The women, with four playoff participants, will fight just the three-round semis. The survivors move on to the Dec. 31 finals.