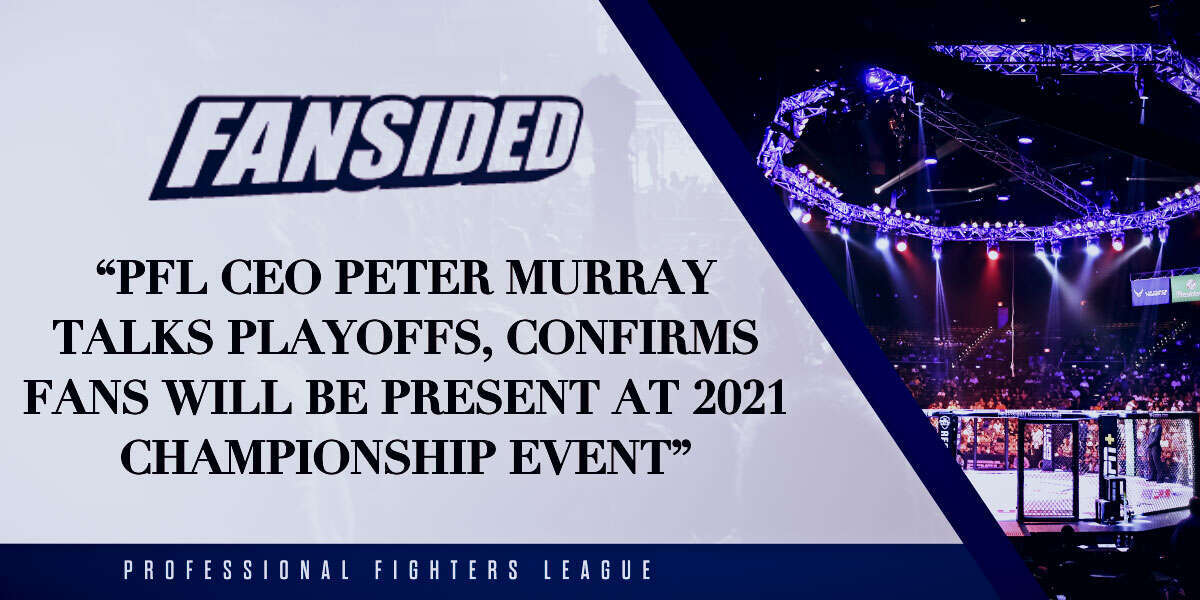 PFL CEO Peter Murray reflects on 2021 PFL season so far, looking ahead to playoffs and beyond.

After the COVID-19 pandemic resulted in the cancelation of their 2020 season, the Professional Fighters League (PFL) has been a high point of the MMA world in 2021, from several notable upsets to plenty of highlight finishes.

As was planned since last year, the 2021 PFL season has been held inside bubbles. The regular season took place at the Ocean Casino Resort in Atlantic City, NJ, while the playoff cards in August will take place at the Seminole Hard Rock Hotel in Hollywood, FL.

For its first two, pre-pandemic, seasons, the championship event took place on New Year’s Eve in New York City. This year’s finale card, however, won’t take place at that time or place, according to the New York Post. There are no known official details for the championship event, but MMAJunkie’s Nolan King has made note of the promotion being approved for an Oct. 27 Las Vegas event.

While this PFL season has been, in a way different from its first two, there will be a change of plans in the original 2021 program. While he did not confirm the October date or Las Vegas location, PFL CEO Peter Murray has confirmed in an exclusive interview with FanSided MMA that due to the lessening of COVID-19 restrictions in recent months, fans will be allowed in for the championship card.

“One-hundred percent. Fans will be back for the championship; we’re excited about that and are planning for that,” Murray told FanSided MMA. “Our product is unique, candidly live media made-for-TV and streaming, and we’re focused on that live video product and distributing it around the world. But the excitement of having fans in the house and to add to the spectacle of the event, absolutely, we’ve missed it. And we look forward to having come back.”